“There are no small parts—only small actors…” Or so goes the saying that helped inspire Solo Collective Theatre’s newest project: a daring and evocative examination of artistry, family, mental illness, and mortality. Penned by local playwright David Hudgins, Small Parts is the latest in a long line of original Canadiana presented by Solo Collective as part of their self-described mission of “commissioning, developing, and producing exclusively new Canadian work.”

In its simplest terms, Small Parts is the story of Nathan Perkins (Jeff Gladstone), a director struggling to pull together a cast of unfocused actors and make sense of his dying mother, Irene’s (Eileen Barrett) over-the-top script starring her own diseased body parts. Things become even more challenging as he attempts to reconcile with Ariel (Meaghan Chenosky), his emotionally unstable sister, and quell the relentless romantic advances of his cast. 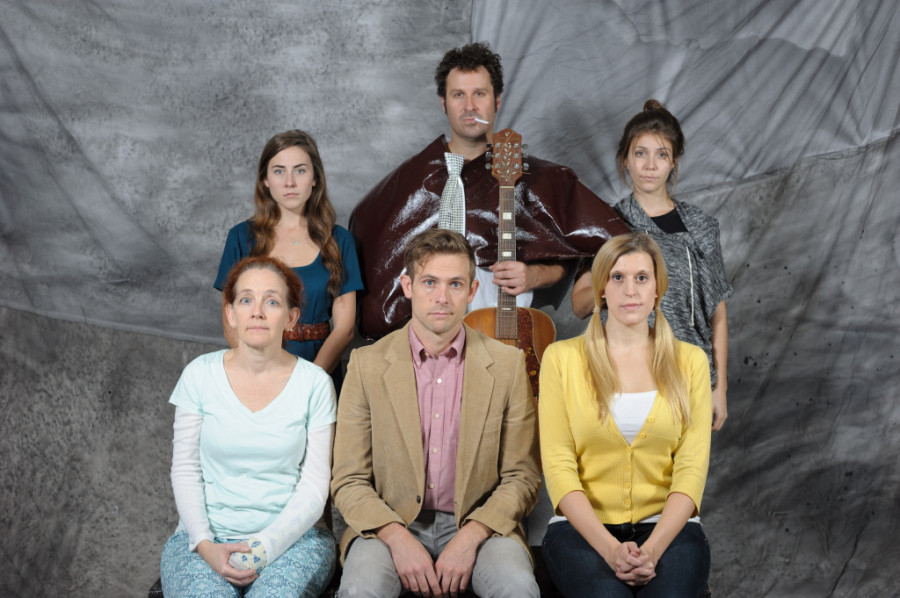 Digging a little deeper reveals an even more fascinating story of grief, creation, and legacy. Speaking of his own work, Hudgins writes, “This play is one part fiction for every part fact. It was inspired by my family, my mother, her cancer, and her art.” Indeed, the piece seems almost too bizarre and specifically far-fetched to be anything other than a true story. Right from the get go, when Irene’s Liver appears and delivers his opening monologue, one gets an immediate sense of the oft-ridiculous reality artists go through for the sake of their work.

This play, while still in its early stages of development, already has many strengths. The entire cast, which includes several Jessie Award-winning and nominated actors, command constant attention and work the script for all its worth. This is particularly impressive considering that the cast had only eleven days of rehearsal to work with Director, Marisa Smith. The set and lighting design, as well as the original music and dance numbers, are particularly memorable. The strongest parts of this play, though, are the scenes with Nathan and his mother, Irene. Barrett and Gladstone have an engaging chemistry that left me wishing there were more scenes with these two interacting.

While the piece works on multiple levels and should appeal to most audiences, it’s safe to say that some will get more from it than others. From the stark bold set reminiscent of what Andy Warhol’s living room might look like, to the moments of pure surrealism that move the characters from scene to scene, to the slew of jokes about the theatre industry, one gets the sense that this play is written with an artistic audience in mind. 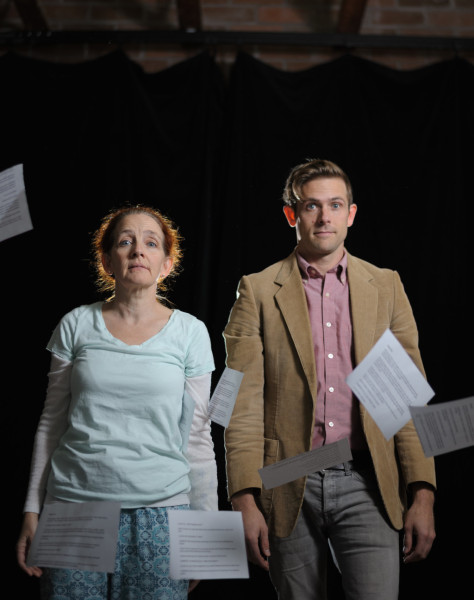 Where the play stumbles is in its occasional dip into stereotypes and cliché. The romantic sub-plots, while keenly delivered, are hard to follow and ultimately serve no real purpose aside from filling time. The scenes with Ariel frequently walk the edge between a realistic portrayal of mental illness and caricature that leaves one feeling rather uncomfortable—possibly the result of the short rehearsal period. There’s also the token under-appreciated theatre nerd, the stoner dude who’s just out to get some, and the go-getter young student willing to do anything to get what she wants.

I spoke with Producer and Solo Collective Artistic Director, Aaron Bushkowsky, who said of this piece that, “we produce exclusively new scripts, and Solo Collective anticipates that the writer will move on from this production with the notion to rewrite to make the story stronger. We are one stop in the process.”

This leaves me optimistic about the future of this piece, which already has a terrific foundation. If Hudgins can focus on what makes this play strong and is able to trim some of the fat, he will be left with a truly unique and engaging play.