A third annual march against victim-blaming and sexual violence is set to take place in Vancouver. The goal of SlutWalk Vancouver is to raise awareness of and stand against sexual violence and victim-shaming. SlutWalk began in Toronto in 2011, in response to comments made by a police officer at York University. SlutWalk is an inclusive movement that challenges the idea that sexual violence victims are in any way responsible for their assault.

“This is not a battle of the sexes; this is not an anti-male movement. This is about challenging the rhetoric of violence that our culture produces. This is about consent and respect, and standing in solidarity with survivors of sexual violence, of all genders, ethnicities, and sexual orientations”, says SlutWalk organizer Caitlin MacDonald. 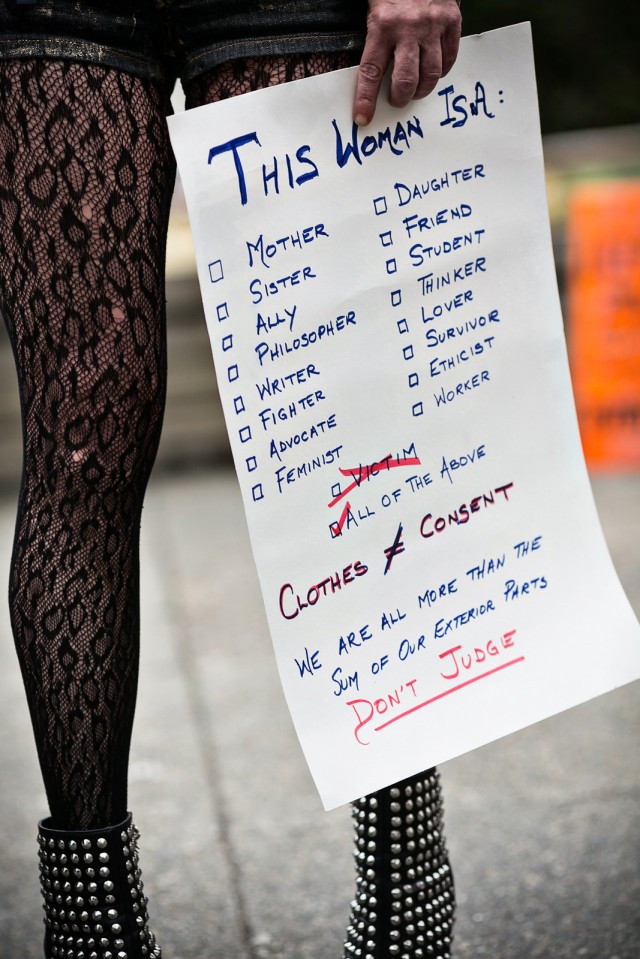 The rally begins at the Vancouver Art Gallery at noon. Following a series of speakers, participants will march through the downtown commercial district. All are welcome to attend; the only dress code is “comfortable”. For more information about SlutWalk, visit www.slutwalkvancouver.com or www.facebook.com/slutwalkvancouver