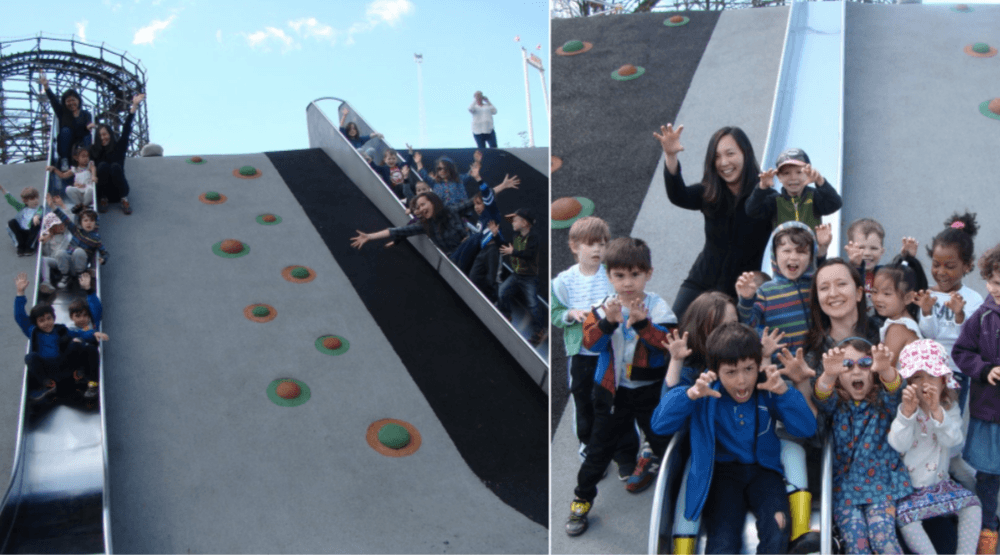 Plateau Park Playground located in Hastings Park, will officially be renamed Slidey Slides after a motion was passed during last night’s Vancouver Park Board meeting.

You’re probably thinking that Slidey Slides sounds like a name that was chosen by a bunch of children –and that’s because it was.

The Park Board asked for public input to renamed Plateau Park and one of the suggestions came from children at Hastings Park Childcare who often visit the play space.

The kids thought that Slidey Slides would be a fitting name for the park and the Park Board agreed.

“As this site is a fun park-within-a-park and is next door to Playland, the Park Naming Committee felt a less formal name was appropriate.”

The name is fitting as giant slides are a prominent feature of the park.

Seems like these five-year-olds definitely know what they are talking about.