The first ever Slide The City event in Metro Vancouver made a huge splash, bringing in thousands of people to Lower Lonsdale in North Vancouver to descend on a 1,000-foot-long (330 metre) gravity-assisted slip-and-slide.

On Saturday, thousands of people in swimwear used inner tubes and inflatable animals to slide down a four-block stretch of Lonsdale Avenue from Victoria Park at Keith Road to 4th Street. Many more watched the thrill-seekers from the sidewalks and finish line.

The slide was open for 11 hours from 9 a.m. to 8 p.m. and acted as the centrepiece for North Vancouver’s Car Free Day festivities in Lower Lonsdale.

All 6,000 tickets for the event were sold out on June 2, just two weeks after tickets went on sale to the public, making it the Utah-based company’s biggest single-day event in terms of attendance numbers.

Spirits were running high as people of all ages embraced their inner child, traveling at speeds of up to 15 kilometres per hour in some areas. There were no major issues throughout the day, although lineups to go down the slide temporarily grew to up to an hour at times when maintenance and water changes were performed.

About 50,000 litres of water was trucked in for the event, filtered, treated with chlorine and recirculated throughout the day using a series of pumps and hoses. Prior to the event, the event drew some criticism online given the water restrictions that are currently in place for the Metro Vancouver region. However, the water was drawn out of a spring in Abbotsford, which is outside of the regional district’s jurisdiction and where drought conditions are less severe.

Organizers could have sourced water for the event from resources within the Metro jurisdiction – the water restrictions do not affect the event. Either way, regardless of where water was sourced, no rules were broken.

There were also some complaints by VIP ticket holders that their sliding time window had been reduced by organizers, who said the changes were necessary to reduce wait times.

It remains to be seen whether Slide The City will become an annual event in the region. In a pre-event interview, Slide The City North Vancouver event director Rachel Thomas hinted she would like to see the event return to Lonsdale Avenue next summer as a two-day event, given the exceedingly high demand for tickets experienced this year.

“It is too early to say about next year as the staff and council have to evaluate the entire event but from what I heard throughout the entire day was that all participants were hoping for a repeat experience next year,” Mussatto told Vancity Buzz.

“It was one of the best alcohol free events we have ever been involved with for most of our residents. A great time was had by all.”

There are as many as ten Slide The City events around the world during a typical summer weekend.

Slide the City organizers originally intended to host the Metro Vancouver event in the City of Vancouver, but the municipal government rejected the idea due to “safety concerns.” 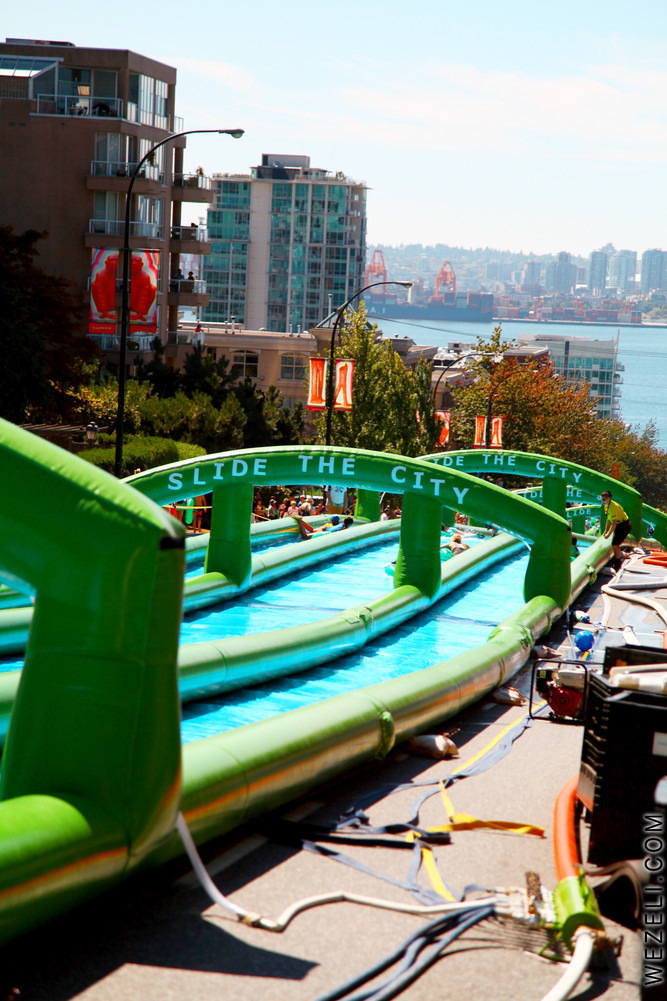 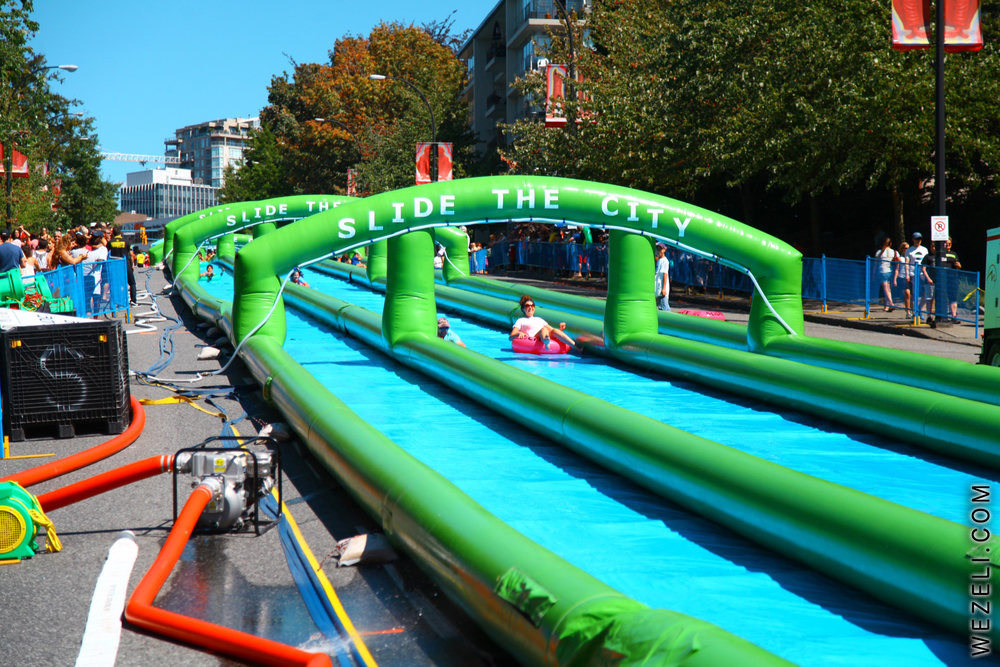 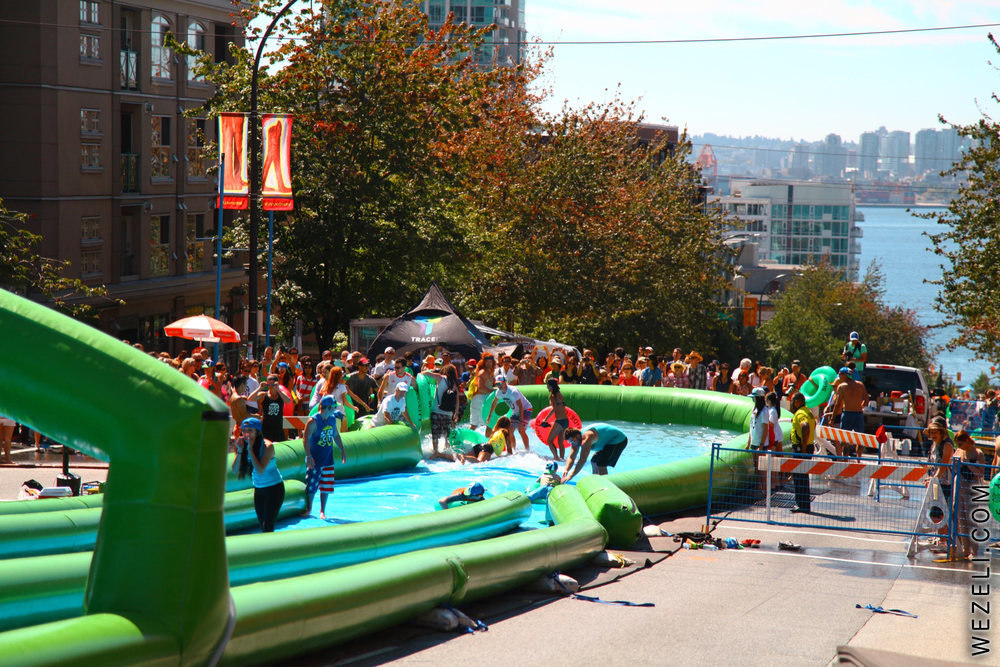 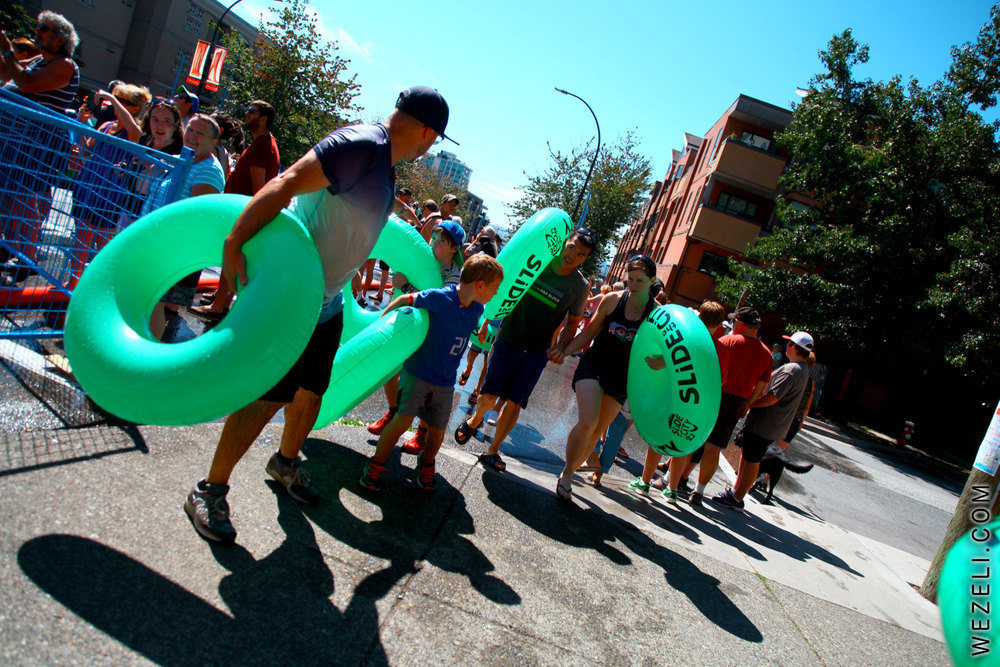 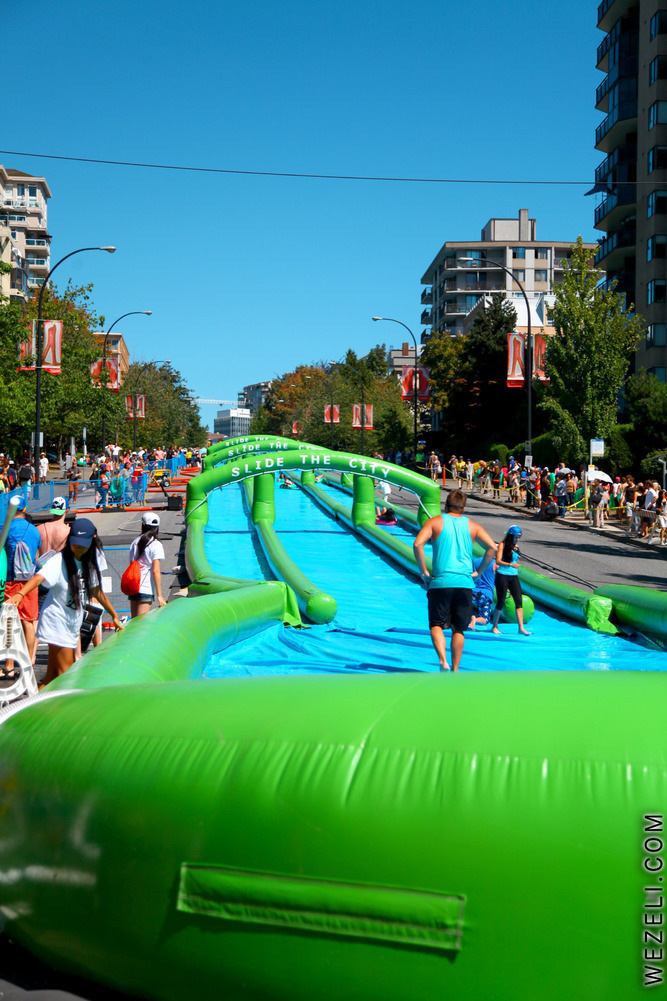 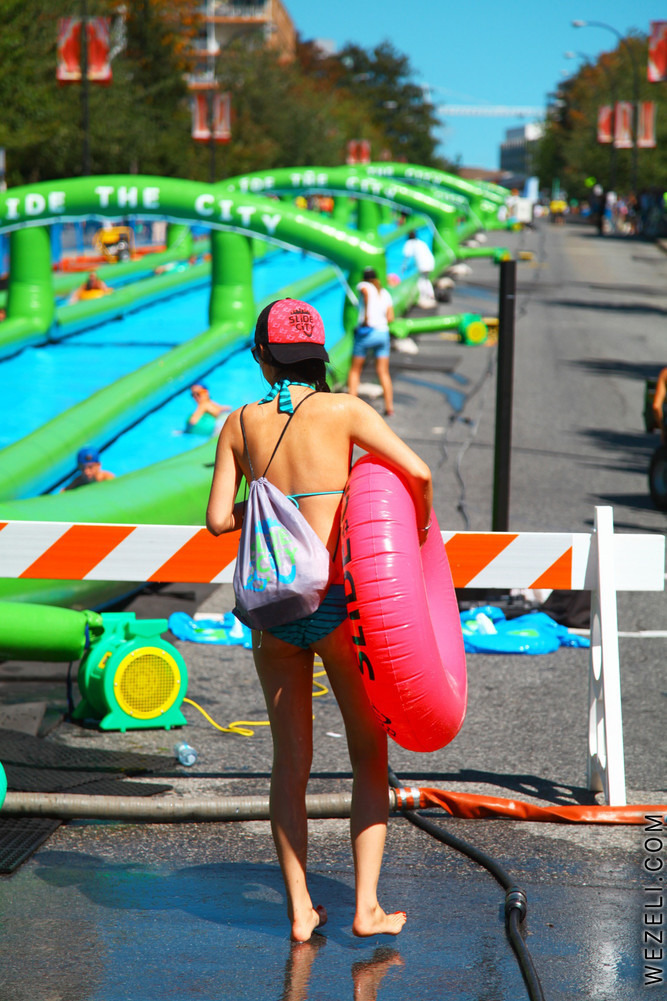 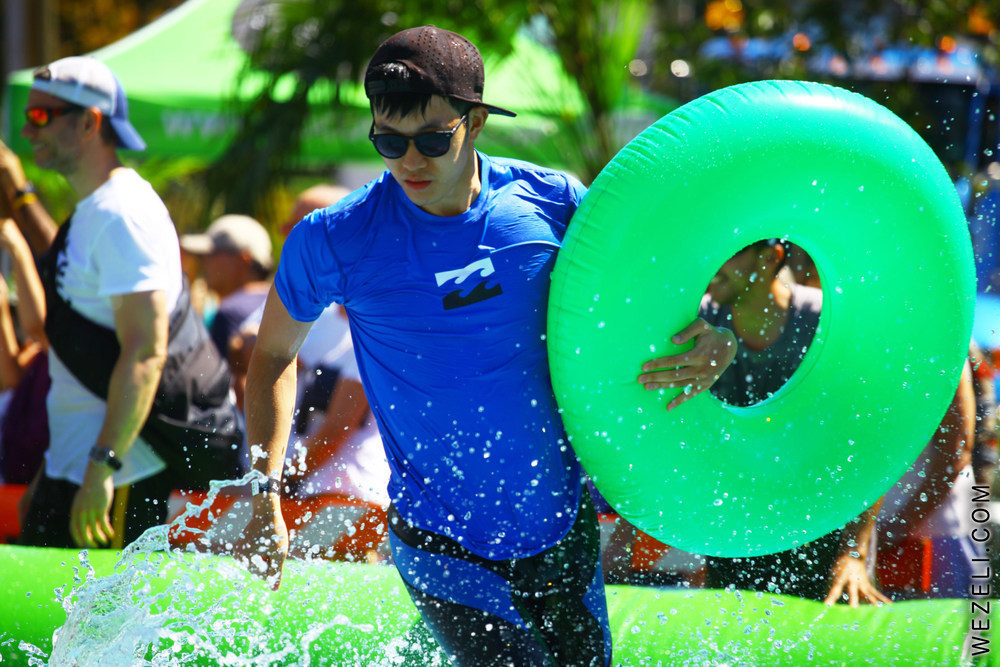 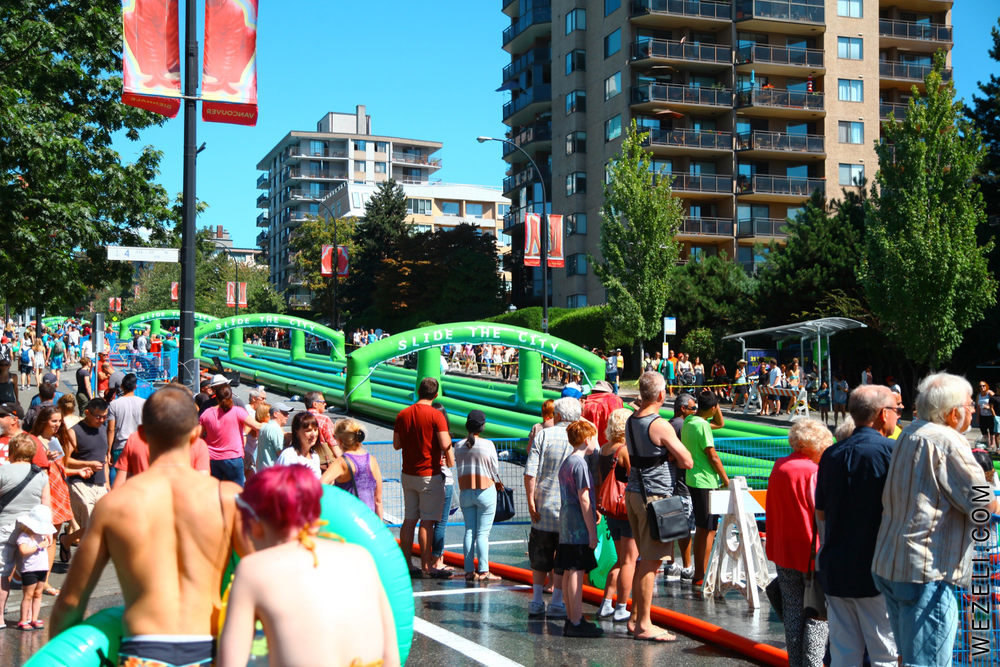 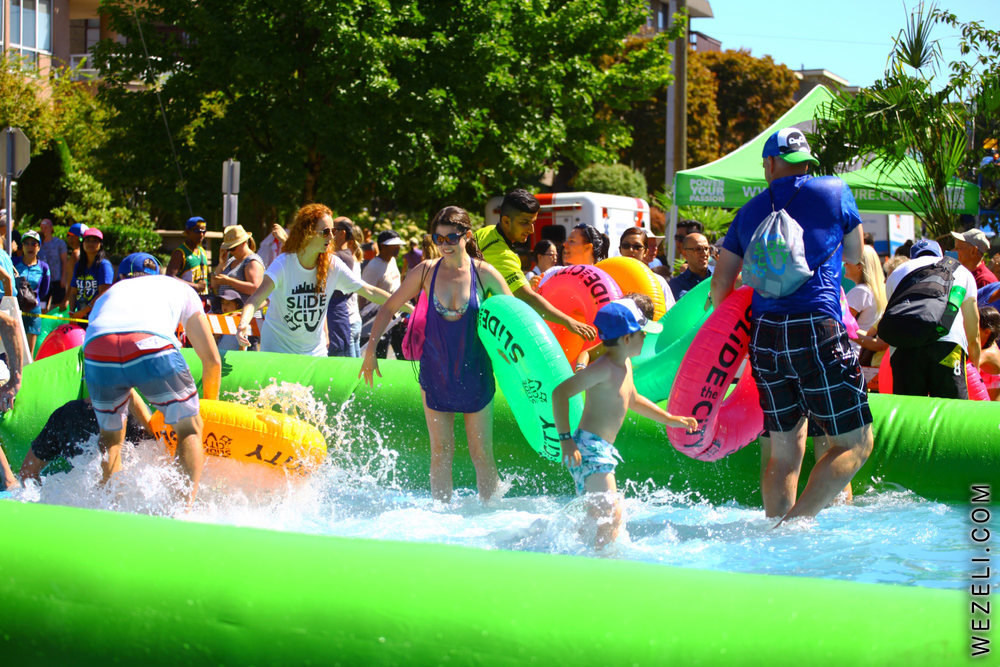 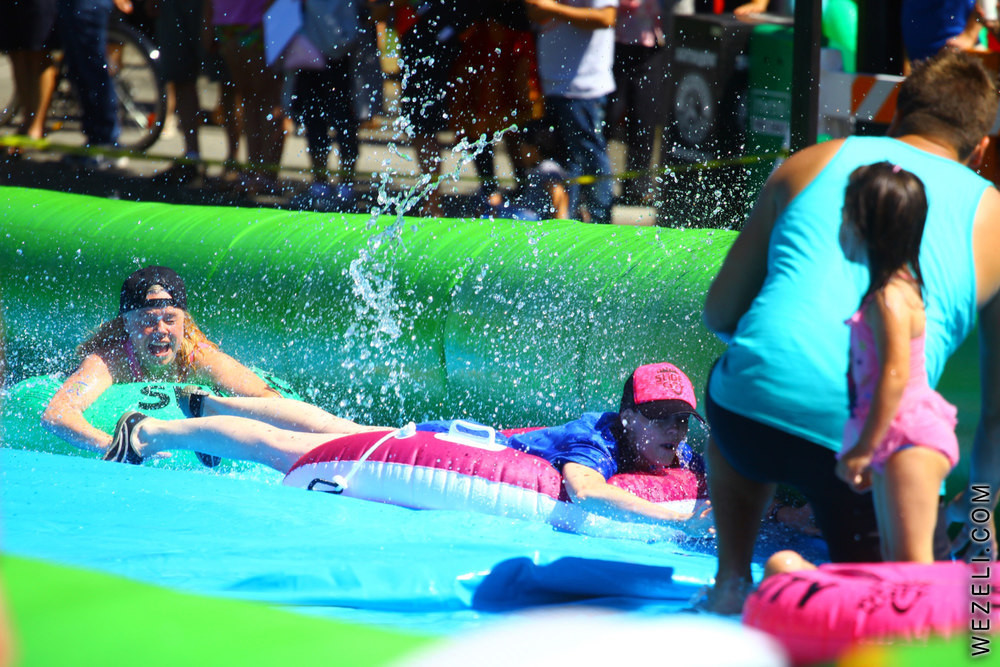 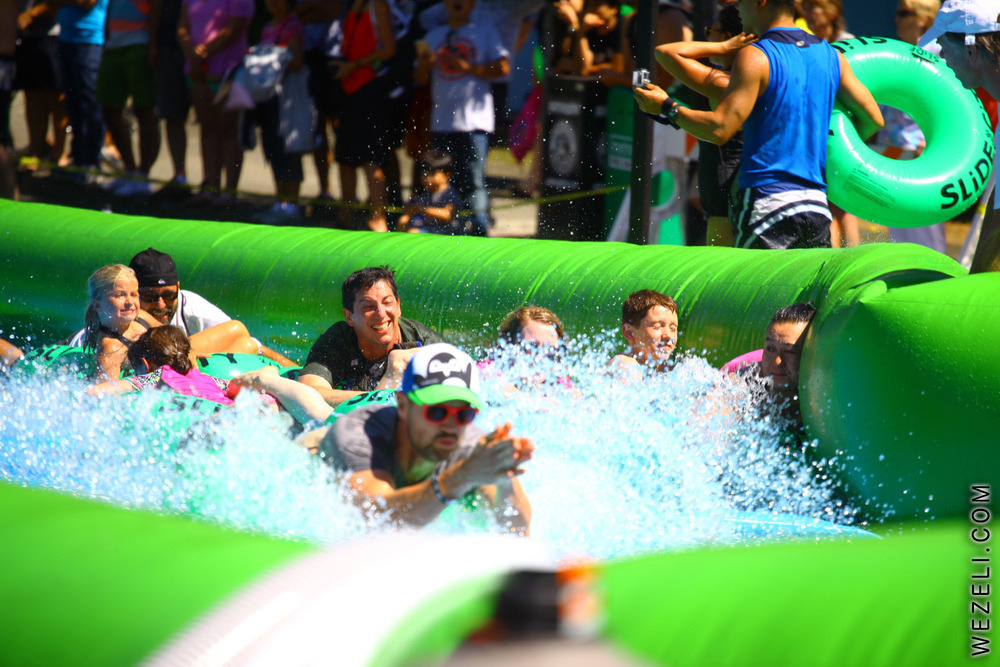 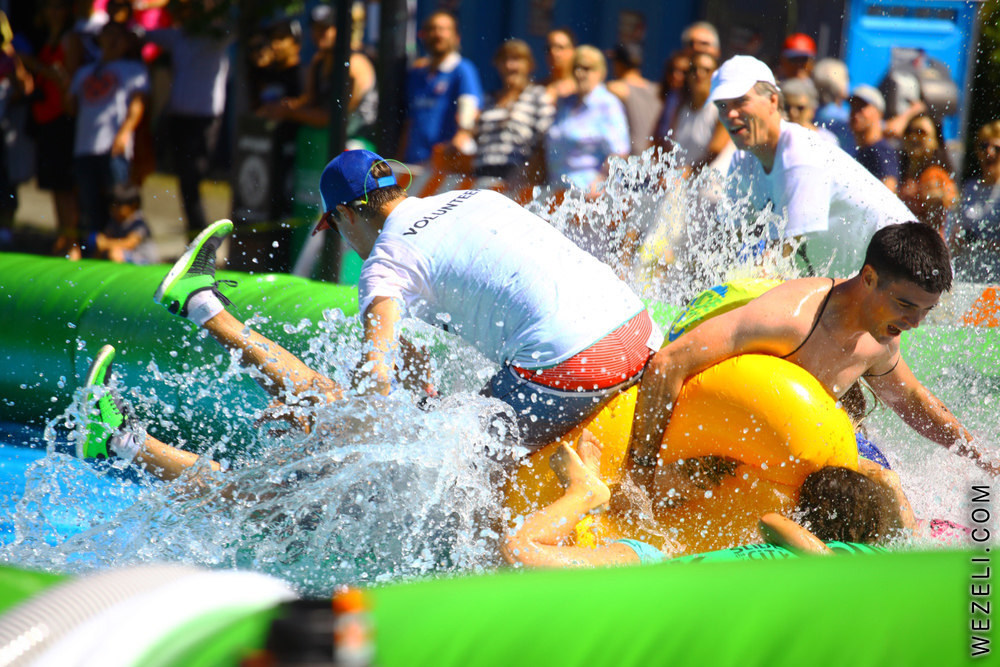 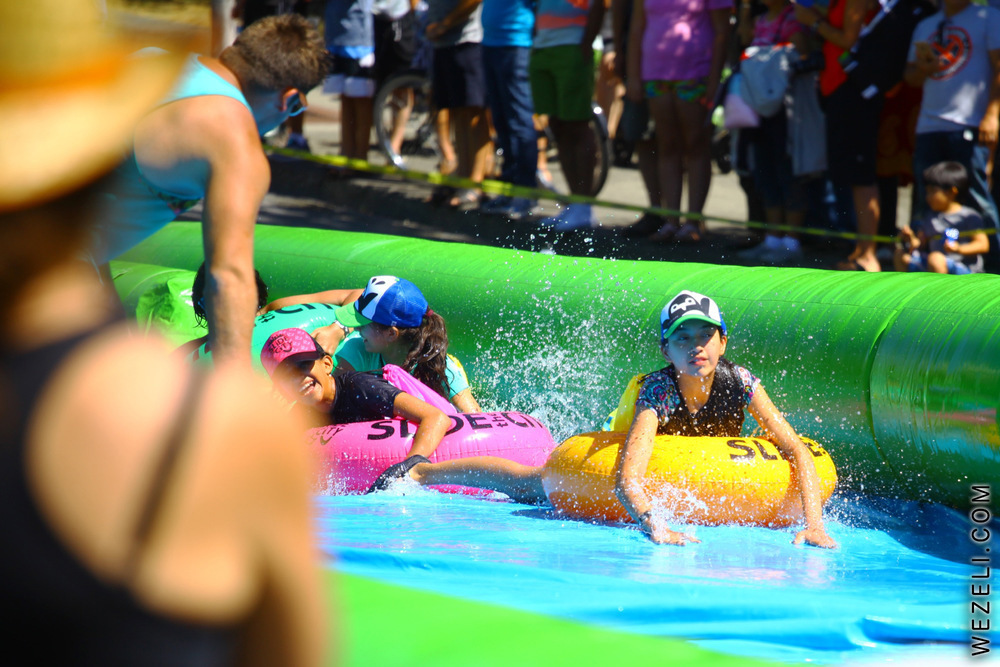 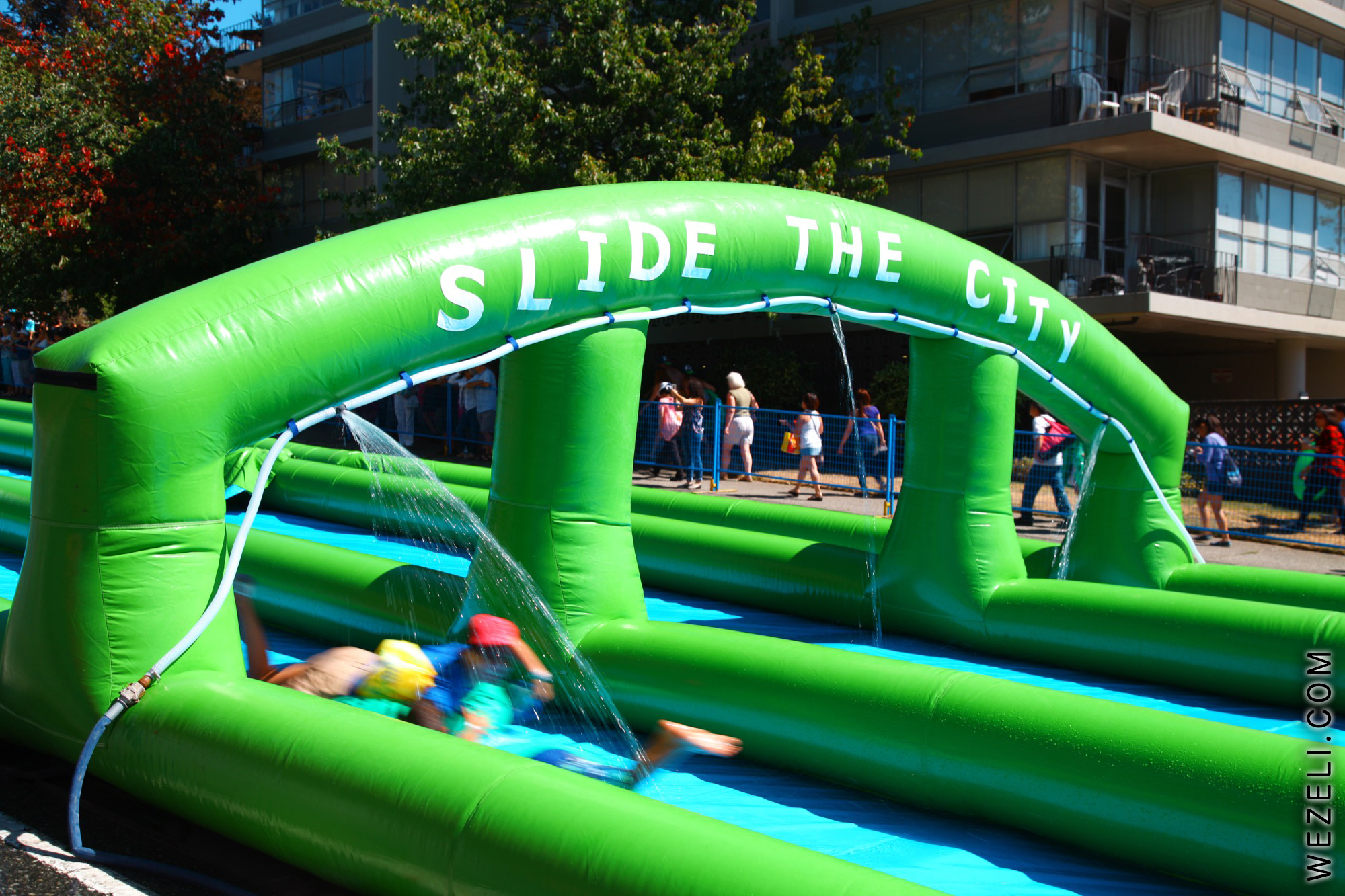 1000 foot waterslide down the streets of Vancouver? I think so

I don’t wanna grow up #slidethecity #vancouver A video posted by Patience Silva (@patiencesilva) on Aug 22, 2015 at 8:01pm PDT

Bowling at slide the city in North Vancouver. #slidethecity

Really wanted to try this!! Why the tickets were sold out so quickly… It looked so exciting!! I’ll do it next time!! #slidethecity

#Vancouver#play#slidethecity#water#city#creative#event#excited#summer#happy#daily A photo posted by @joyce_ding on Aug 22, 2015 at 9:31pm PDT

#SlideTheCity the start! First run and lost my crab and an arm of my fancy dollar store sunglasses! Laughing the whole way down like a banshee omg hilarious times! A photo posted by fatikusch (@fatikusch) on Aug 22, 2015 at 9:35pm PDT