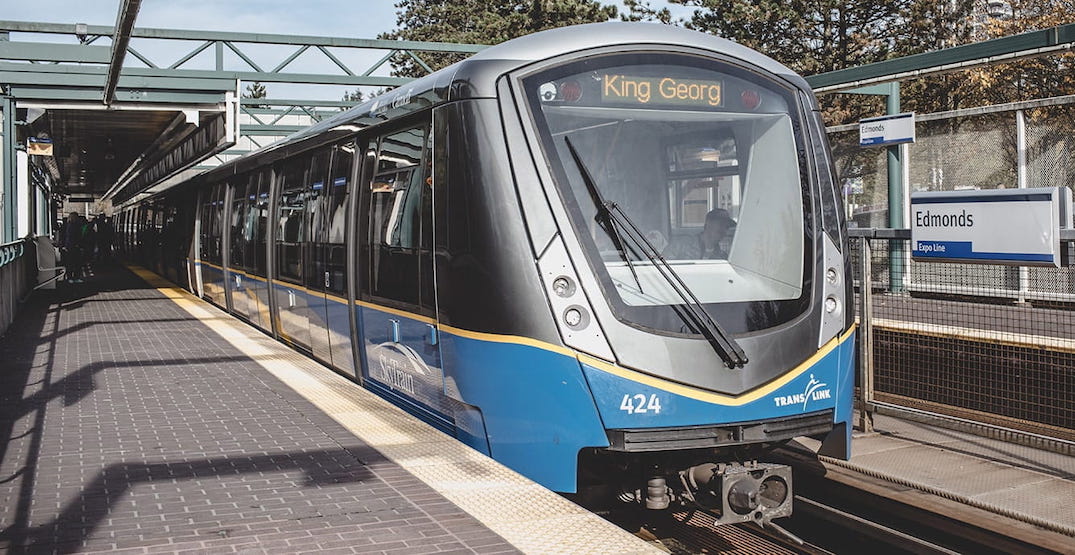 Longer platforms are being explored for SkyTrain stations to ensure they can meet the needs of growing train lengths and rising ridership.

A spokesperson for TransLink told Daily Hive Urbanized their SkyTrain Station Access and Safety Project aims to ensure the future new and improved SkyTrain fleet with longer trains, which also carry more passengers, can be accommodated at the stations.

Currently, the public transit authority is seeking a contractor to prepare a conceptual design for extending the outbound platform of New Westminster Station, which is one of the stations identified in studies.

They are also looking into other stations on the Expo Line and Millennium Line to determine if any modifications are required.

Platform lengths on the Expo and Millennium lines are generally roughly 80 metres in length, while most of the Canada Line’s platforms are 40 metres. A handful of Canada Line stations already have 50-metre platforms, which is the length that all station platforms can be extended to for future three-car Canada Line trains.

Between 2023 and 2027, the Expo and Millennium lines will see the arrival of 41 five-car Mark III trains, which will be the longest yet on the SkyTrain fleet — filling the length of the platform, exceeding 80 metres.

TransLink also previously told Daily Hive Urbanized that based on projections, demand on the Expo and Canada lines could reach capacity by 2050, after the currently planned capacity increases take place.

“Prioritizing the need for eventual relief solutions is something we’re looking to identify in the Transport 2050 process, but much more study needs to be done before specific relief measures, corridors, or expansion projects are identified as priorities,” said a spokesperson.

Over the past decade, TransLink has been making extensive upgrades that mainly improve accessibility and the capacity of passengers entering and circulating in the stations. The next major capacity overhaul project is planned for Burrard Station.

As part of the Broadway Subway project, the Canada Line’s platforms at Broadway-City Hall Station will be expanded to the ultimate length of 50 metres to provide passengers with more circulation space. This accounts for the expected surge in ridership at the station, which will become a major interchange hub between the Canada Line and Millennium Line.