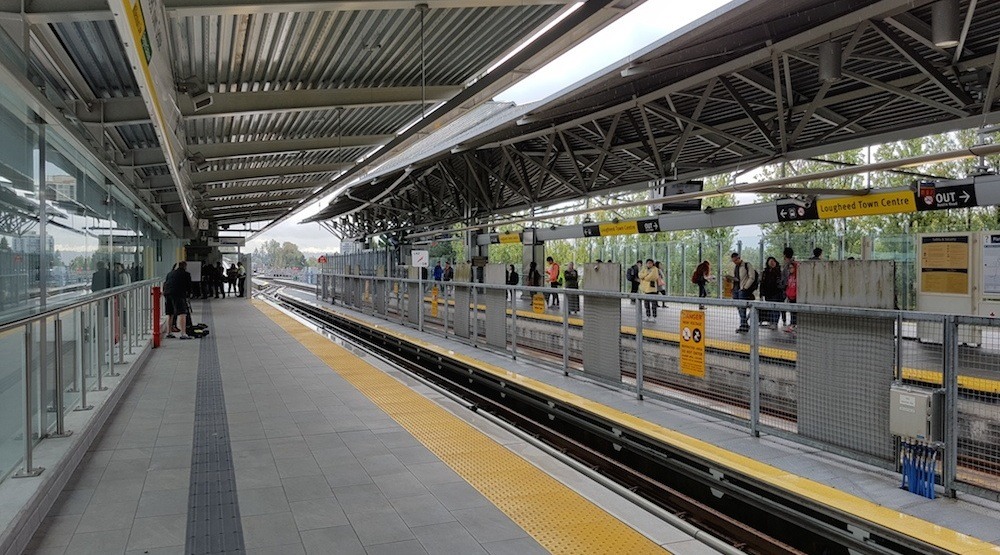 UPDATE at 9:45 PM: Translink says the medical emergency has been cleared and normal service will soon be resuming.

Severe SkyTrain service disruptions are being experienced this evening due to a medical emergency at Lougheed Town Centre Station.

All trains are not travelling through the station; trains on both the Expo Line and Millennium Line are short-turning before the station.

As well, Millennium Line trains are turning back at Lake City Way Station and Burquitlam Station. A bus bridge shuttle service will link customers between these two stations.

The service disruptions began just after 6 pm. There is no indication when regular service will resume. SkyTrain riders are asked to allow for extra travel time.

Overcrowding can be expected given the severity of the disruptions and that the incident occurred at the tail end of the peak rush. Additional security and Transit Police have been deployed to ensure passenger safety and crowd control.

As can be expected, the Canada Line is unaffected.

@jjhorgan This is why we need Uber. Easily 300 people stranded at Lake City Station with more arriving every 2 min because Skytrain is down bw here & Lougheed. Working people just want to get home safe on a dark rainy night. pic.twitter.com/ivn4BueNSj

@TransLink a sea of people ejected from the Millenium Line at Lake City Station with no direction, no support staff, and no bus-bridge in sight. pic.twitter.com/mw7yvCGMa6