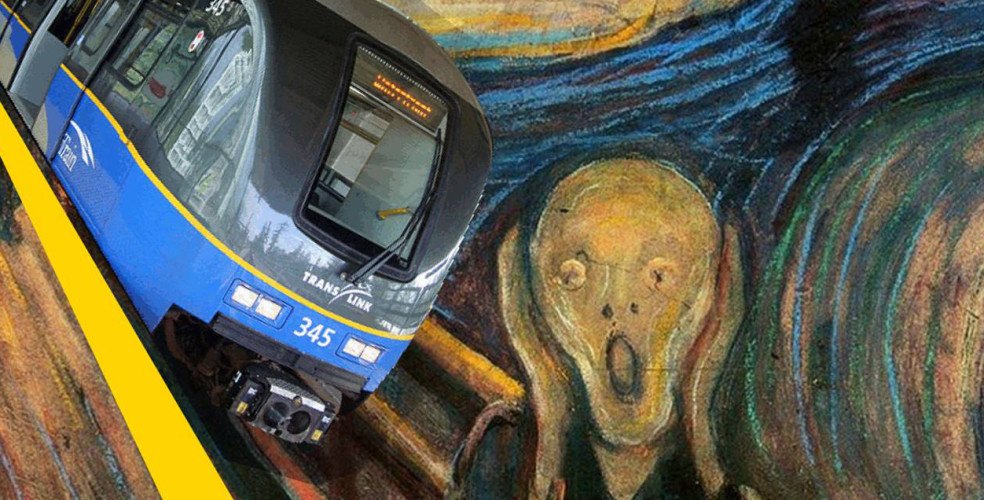 Vancouver’s famous Halloween SkyTrain party has been cancelled for 2016 after 10 consecutive years of rail-bound revelry .

In an email to Daily Hive, event organizer Andrew Pask confirmed that after much deliberation, they’ve decided to take a break for Halloween 2016.

“It’s been a good run over the last decade, but we want to take a brief hiatus and revisit the whole initiative with a view to creating something new, fun and exciting in 2017,” he said.

So it’s not the end of an era, really, it’s just a little hiatus.

The annual event sees hundreds of people dressing up in their craziest, most creative Halloween costumes and riding the SkyTrain while dancing to beats laid out by a DJ.

Last year, DJ Rocky Fi$her played EDM hits from Waterfront Station to the depths of Richmond and back, and an afterparty continued into the later hours of the night.