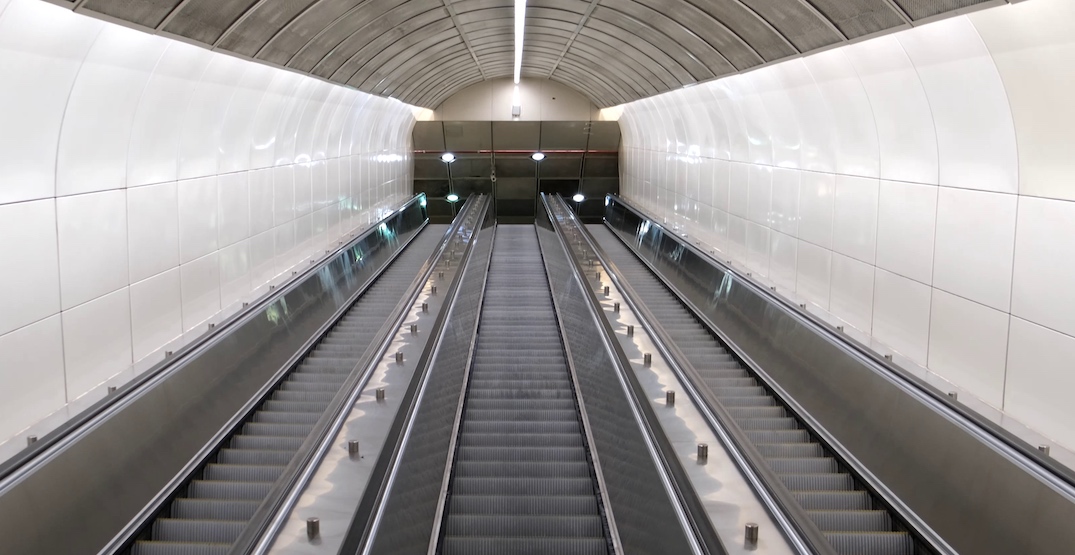 After a 25-month scheduled closure, the original pathway inside SkyTrain’s Granville Station in downtown Vancouver is set to reopen.

The pathway was closed to allow for the complete replacement of the six escalators that reach the platform level, including the trio of 115-ft-long (35-metre-long) escalators, which are the longest in Metro Vancouver. In total, the long escalators have 501 steps.

With the new escalators now complete, the pathway serving Granville Station’s two entrances from Granville Street and Seymour Street will reopen on Friday, July 17. Both entrances supporting the original pathway have been closed since May 2018, with passengers redirected to the 2006-built Dunsmuir Street entrance. 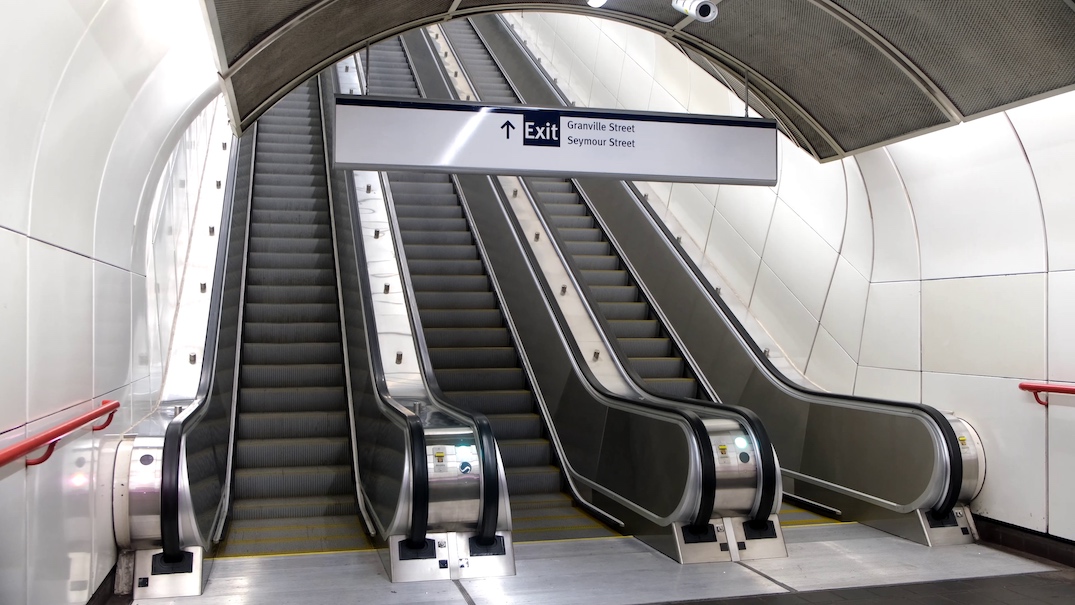 Diagram of SkyTrain’s Granville Station, with the original escalators circled in yellow. (TransLink)

According to TransLink, these hardworking machines, built in 1985, travelled a total distance of nearly 385,000 kms. Each of the escalators travel 12,744 kms per year.

Granville Station is the first of 13 stations to receive new escalators as part of the public transit authority’s Escalator Replacement Project. It will replace 37 escalators on the Expo Line and select West Coast Express Stations, with construction currently also underway to replace escalators at Commercial-Broadway, Columbia, Waterfront, and Nanaimo stations.

“The completion of these Granville Station upgrades couldn’t come at a better time, just as many of our riders are returning to SkyTrain,” said TransLink CEO Kevin Desmond in a statement.

“Improving the customer experience on transit is a key priority, while also ensuring our infrastructure is safe and reliable to benefit the travelling public for many years to come.” 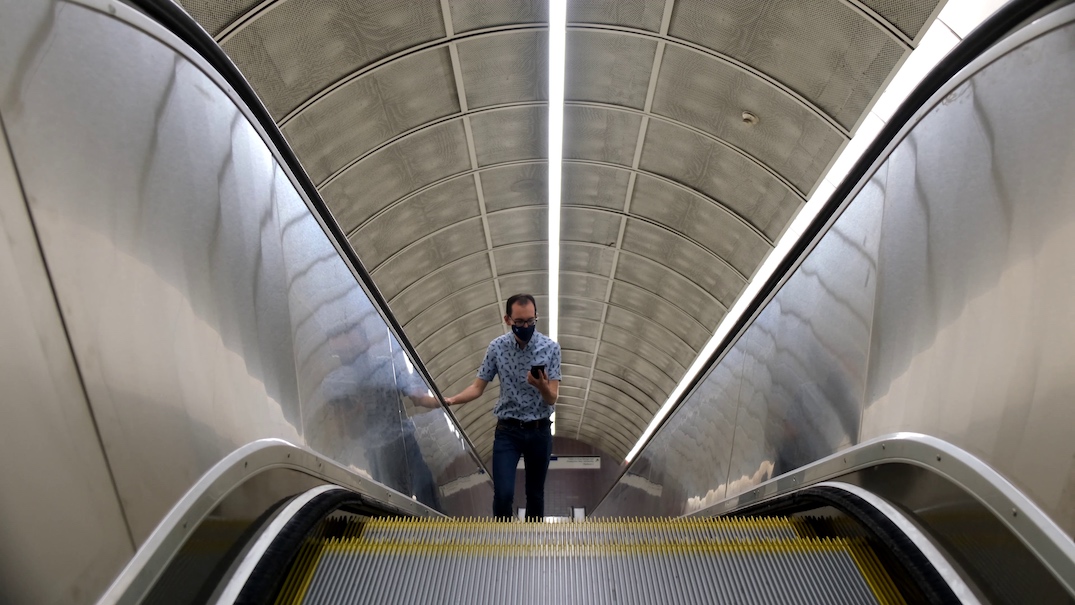 As of 2018, Granville Station is SkyTrain’s fifth busiest station — just behind Waterfront Station, Metrotown Station, Commercial-Broadway Station, and Burrard Station. It sees average daily boardings of 21,000 on weekdays, 16,000 on Saturdays, and 12,400 on Sundays and holidays.

After the Granville Station escalators, the next longest escalators on the public transit system are the new escalators at Metrotown Station’s west entrance.