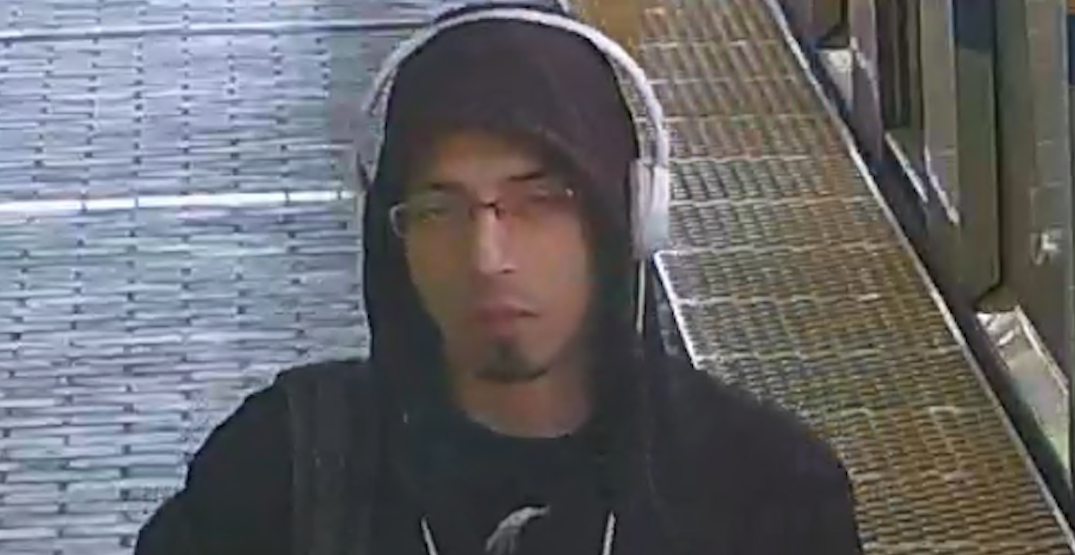 A man who allegedly exposed himself to a woman while riding the SkyTrain earlier this year has now been arrested, Transit Police announced on Wednesday.

“The female, who was sitting onboard the SkyTrain, noticed a man looming uncomfortably close to her,” police said. “When she looked toward the man, she noticed that he had his erect penis and testicles exposed over the waistline of his sweatpants, only a foot away from her face.”

Police said the woman was “surreptitiously able to take a photo of the suspect’s genitals,” which she later provided to the Transit Police.

The suspect left the SkyTrain at the Main Street-Science World Station.

“A video review revealed he had originally boarded the SkyTrain at Commercial and Broadway Station,” police said. “He rode trains for nearly an hour between Main Street and Edmonds SkyTrain stations, which speaks to the predatory nature of his actions.”

On Wednesday morning, police said that around 4:30 pm on Tuesday, officers received information that a possible suspect was at a location in Vancouver. Police said they attended the location – which they did not disclose –  and located a man believed to be the suspect.

Now, the 33-year-old Vancouverite, who is “minimally known to police,” was taken into custody without incident.

The suspect was interviewed by Transit Police and later released on a Promise to Appear with the recommended charge of Indecent Act. His first court appearance will be on August 22, 2019, at 2:00 pm, in Vancouver Provincial Court.