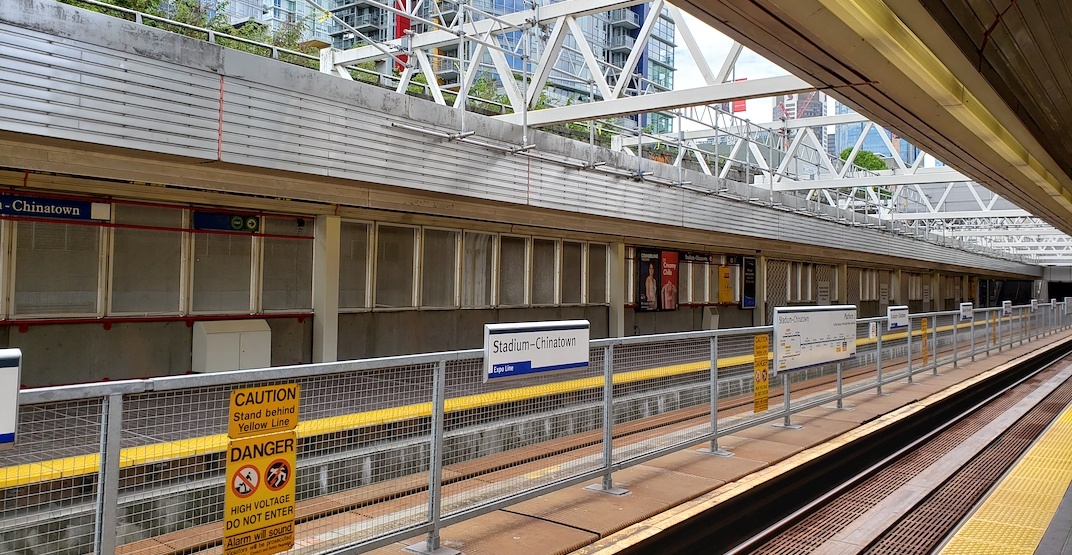 UPDATE: As of 7:55 am, TransLink says the Expo Line track safety issue has been resolved and service downtown is being restored.

SkyTrain’s Expo Line is experiencing service disruptions on Friday morning due to a track safety issue. The delays began at about 7:30 am.

According to TransLink, the Expo Line has delays from Stadium Station to Waterfront Station.

Trains are currently terminating at Stadium Station due to the track issue.

#SkyTrain Expo Line is experiencing delays from Stadium Station to Waterfront Station. Trains are terminating at Stadium Station due to track safety issue. Updates to follow.^RR

TransLink says that the Canada Line and Millennium Line are unaffected.

Besides the SkyTrain delays, TranksLink is also advising that due to job action, customers can expect some reduction in service for buses throughout the day, and for commuters to plan for extra travel time.