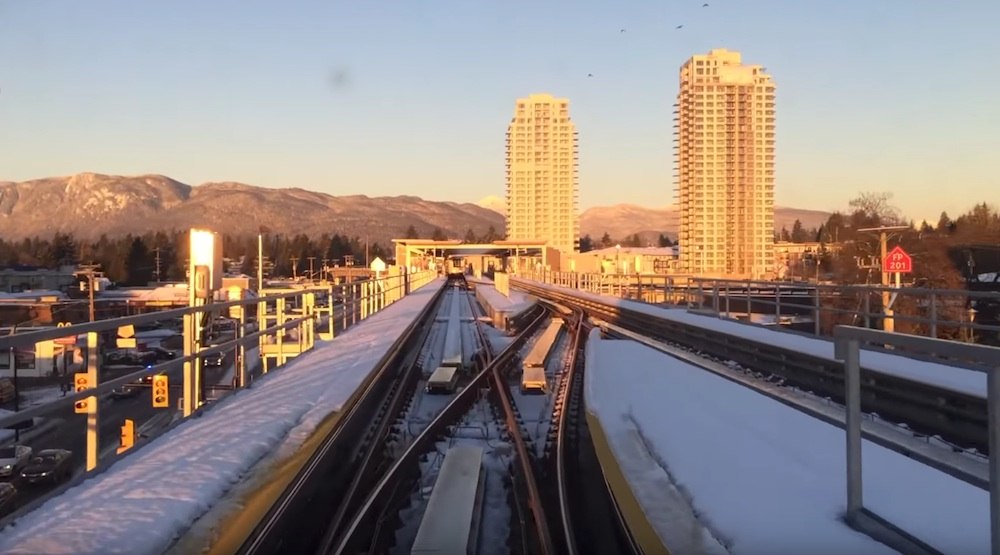 Ask people who live in New York, Hong Kong, and London, and they will tell you that Vancouver’s SkyTrain, albeit a smaller and much less busy system, is a night and day experience given that most of the world’s busiest systems are largely subterranean.

A new end-to-end video of the Evergreen Extension captured on a sunny day last week, right after the region experienced a major snowfall, shows sweeping views of the Coast Mountains dusted with white powder. The video begins at the new Lougheed Town Centre Station and ends at Lafarge Lake-Douglas Station, located at the foot of Burke and Eagle mountains.

Here is another video showcasing the span from Coquitlam Central Station to Lafarge Lake-Douglas Station: