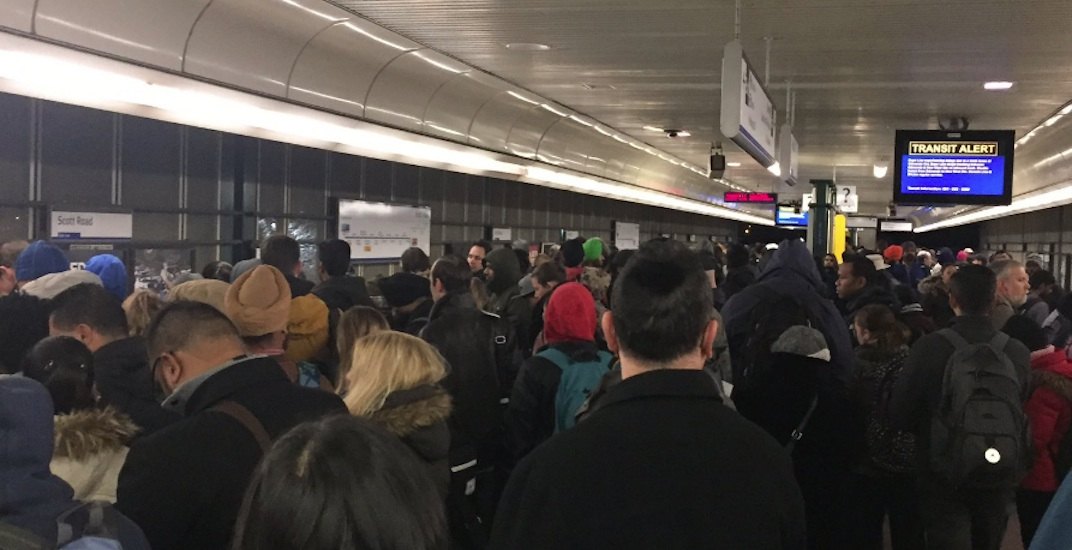 UPDATE at 8:35 am: Normal service is resuming after a sweep train confirmed it is safe to operate on the tracks. But TransLink says it will take some time for trains to ramp back to normal frequency and spacing, and for crowding at some stations to ease.

Expect long waits and overcrowding if you are traveling on SkyTrain’s Expo Line this morning.

TransLink says a track issue and a problem train have caused a disruption to service from Edmonds Station to New Westminster Station and Sapperton Station to Columbia Station.

Passengers traveling eastbound towards King George Station and Production Way Station need to transfer to a shuttle bus at Edmonds Station, where they can ride the shuttle bus to New Westminster Station and get on trains there.

Westbound trains towards downtown Vancouver are also running with delays as service in the affected area is operating on a single track. Passengers must still switch trains at Columbia Station and 22nd Street Station.

Expo Line service between Sapperton Station and Columbia Station is also being replaced by shuttle buses.

The disruption began shortly after the start of the day’s service early this morning, and there is no estimated time for when the issue will be resolved.

Additional security and Transit Police have been deployed at the stations to ensure passenger safety and crowd control.

There is no impact to service on the Millennium Line and Canada Line.