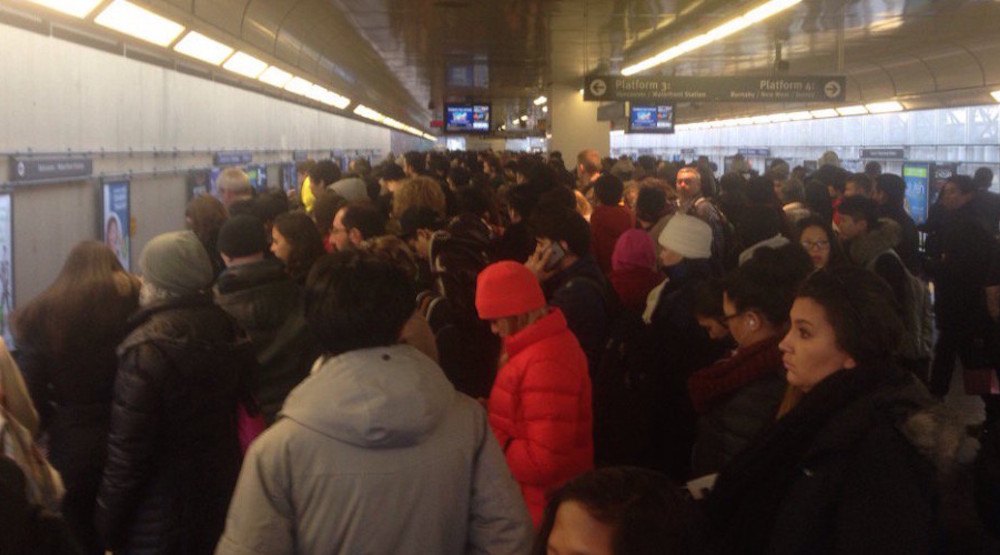 UPDATE at 2:28 pm – Trains are now operating between King George and Edmonds stations, but the rest of the Expo Line remains affected.

UPDATE at 3:01 pm – Regular train service is resuming. The bus bridge with 12 buses will continue to operate until crowds disperse.

SkyTrain’s Expo Line is experiencing major delays this afternoon due to a technical glitch.

According to TransLink, service is impacted on both directions from Waterfront to King George stations, and approximately 12 trains are impacted and need to be manually driven to the stations.

Delays of at least 60 minutes should be expected; passengers should allow for extra travel time or make alternative travel plans. Service disruptions began just after 1 pm, with TransLink indicating on social media it may have to deal with both mechanical and computer issues on multiple trains.

Crews are currently in the process of setting up a bus bridge between Edmonds Station and downtown Vancouver.

There is no estimate for when normal service will resume – whether it will be operating normally in time for the evening rush hour.

The Millennium and Canada lines are not affected and operating normally.

Nothing like a quick trip downtown to have lunch with friends and getting caught in #skytrain delays @TransLink. pic.twitter.com/d1WpNtfjF4

@skytrain at it again. pic.twitter.com/yZH7b4oqmh

#Skytrain at #Expo line having trouble with software, no service at this point. pic.twitter.com/8AmbwnHiOa

People entering the platform at Waterfront are running to board the #SkyTrain as if it’s gonna leave without them. Ha. Not a chance. pic.twitter.com/LXZSnQh2bb

Another #SkyTrain failure will leave thousands in Downtown Vancouver without any way out. pic.twitter.com/yNGnLxKoEU