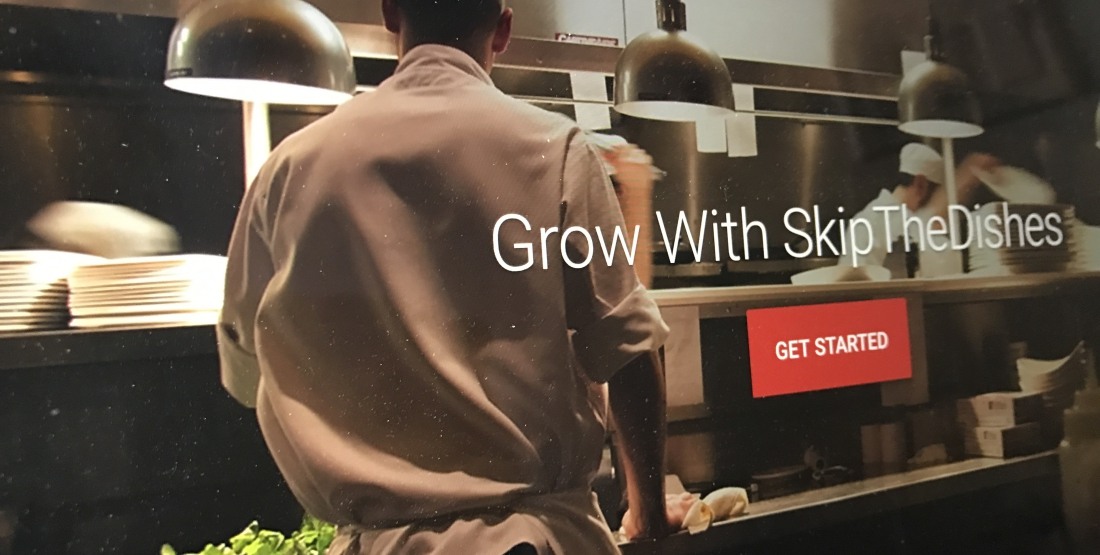 A Canadian food delivery service has offered its apologies after an interviewee shared how the company canceled a second interview upon inquiring about wages and benefits.

SkipTheDishes is a Winnipeg-based company currently operating in 21 Canadian cities and half a dozen US cities. Last year, the company was acquired in a $110 million dollar deal by UK-based JustEat.

As the company continues to grow, it’s advertising to fill almost 30 positions in Winnipeg and Saskatoon.

A random sampling of some of job descriptions on the site includes the promise of “merit-based compensation & benefits,” though job seeker Taylor Byrnes tweeted a series of screenshots earlier this week that speak to the contrary.

Applied for a job at @SkipTheDishes. They cancelled my interview b/c I asked about wages/benefits @CBC @CBCNews @ctvwinnipeg #boycottSkip pic.twitter.com/CjBdnFvY1P

Documenting an exchange between herself and talent acquisition co-ordinator, Victoria Karras, the screenshots have now been shared over 4,000 times since first posted. The exchange includes Karras’ reply to the questions ““How much do you think I’ll be getting paid an hour? Benefits will be included, right?”

“Your questions reveal that your priorities are not in sync with those of SkipTheDishes. At this time we will not be following through with our meeting this Thursday,” replies Karras before providing lengthier justification in a follow-up, “We believe in hard work and perseverance in pursuit of company goals as opposed to focusing on compensation…”

SkipTheDishes has since publicly apologized and offered to reschedule the interview.

(1/2) The email to Taylor does not represent #SkipTheDishes team values. We have followed up to offer heartfelt apologies & a 2nd interview. pic.twitter.com/XKYWsHXj7P

(2/2) We do share compensation & it’s OK to ask. We are coaching internally to ensure this doesn’t happen again. @CBC @CBCNews @CTVWinnipeg

While we have yet to hear if the apology and offer of a second interview has been accepted, the internet is, unsurprisingly, less forgiving:

@SkipTheDishes @CBC @CBCNews @ctvwinnipeg The bugs only run when the rock is lifted.

@SkipTheDishes I mean, heaven forbid that someone would care about pay, I mean. How ridiculous! Clearly passion pays bills! </sarcasm>

@SkipTheDishes @CBC @CBCNews @ctvwinnipeg A failure of this sort isn’t a sign of an isolated failure to train, it’s a reflection of overall organizational culture. #boycottskip

@SkipTheDishes @CBC @CBCNews @ctvwinnipeg translation: we’re blaming this on an individual scapegoat in a doomed attempt to save the company