Thanks to cooler temperatures, two of the ski hills at Metro Vancouver’s North Shore mountains are defying nature by reopening select runs today and tomorrow.

Grouse Mountain reopened its Paradise Bowl run at 3 p.m. today and plans to open the run daily during normal operating hours from 9 a.m. to 10 p.m. seven days a week. Access to the short green level run is through the Greenway Chair Lift.

“It has taken a little patience and perseverance, but we are thrilled to welcome the return of winter to the Peak of Vancouver,” reads a statement by Grouse Mountain general manager Michael Cameron. “The cool temperatures and clear skies have provided ideal conditions for our snowmaking efforts which is perfect timing as we look forward to a fun-filled Spring Break here at Grouse Mountain.”

To the west on Wednesday morning, Cypress Mountain intends to reopen its green level Easy Rider run at 9 a.m. and Eagle Express chairlift at 11 a.m.

Staff at Cypress say significant volumes of snow were made overnight. Subzero temperatures are in the forecast for the North Shore mountains over the next two days, and they hope to utilize the remaining snowmaking window to make more snow on select terrains.

“With the big snow last night we’ll now plan to get Upper Jasey Jay open as well as Upper Maelle Ricker (Upper Fork) through the Fork Elbow, then down through the District area and out Lower Jasey Jay to the bottom of Eagle Express – all for Intermediate or Expert Skiers and Riders only,” says Cypress Mountain in a release.

Meanwhile, Mount Seymour remains on standby as it does not possess any snowmaking equipment.

In late-January and early-February, lack of snow forced all three ski hills in the North Shore to close their facilities and temporarily layoff workers. Torrential rain from tropical moisture systems followed by an extended period of above seasonal temperatures melted virtually all of the snowpack on the mountains. 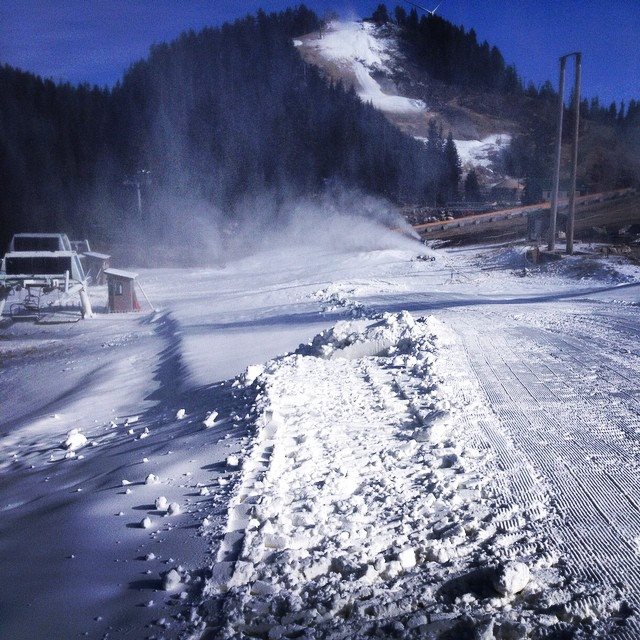 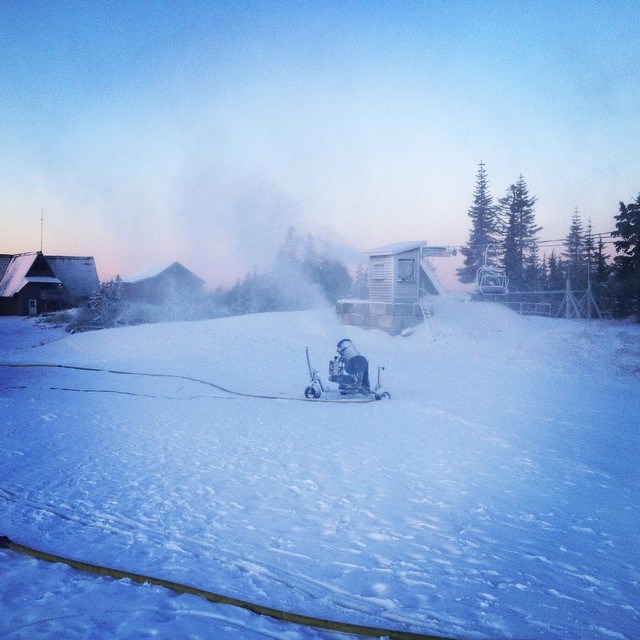