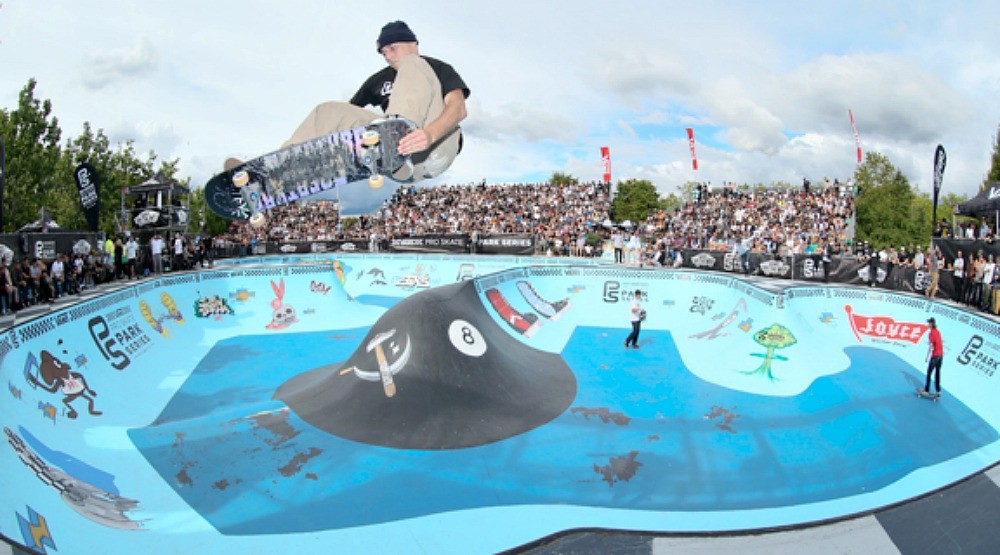 Get ready for the biggest skateboarding event of the summer.

This coming Friday, July 7 and Saturday, July 8, you’ll be able to see some of the world’s top skateboarders compete against each other in the Vans Park Series (VPS).

This year’s event is taking place at the legendary Hastings Skatepark in East Vancouver. It has one of the most intense skateboarding courses in the world so you’ll get to see some seriously epic jumps.

And it’s the VPS Select Pros’ fourth stop on their Men’s Pro Tour. Competitors have just two major global qualifier events left in the season so they’ll be tearing up the terrain in Vancouver this weekend to try and improve their rankings before park terrain skateboarding’s official VPS World Championships in Shanghai, on September 23.

We’ve compiled a list of the top competitors that you can expect to see at the VPS tour here in Vancouver this weekend.

Watch this young French pro skater zip around the terrain this weekend as he shows off skills and tricks that always leave him a crowd favourite.

Italian Federico emerged onto the scene last year, winning here in Canada and taking home a title at the VPS World Championships in Sweden. See him impress the judges this weekend.

This pro skater hails from Sweden and made his way into the world championships in 2016. You can see him skate this weekend and decide if you think he’ll be there again this year.

This VPS Pro Tour Challenger is coming all the way from Brazil to show his ripping skills at this weekend’s event.

Pabich is one of the newest Pro Tour Challengers in the 2017 VPS tour coming from the US. You’ll be able to see his incredible style and talent for yourself on Friday and Saturday.

Pro skater Sandoval from San Pedro will show you how to catch some air in full effect as he competes against fellow skateboarders this weekend.

Sorgente won the world championship title in 2016, so you can expect to see him perform some impressive follow-up tricks this year.

Catch Californian Russell showing off his skills on the terrain this weekend. You won’t be disappointed.