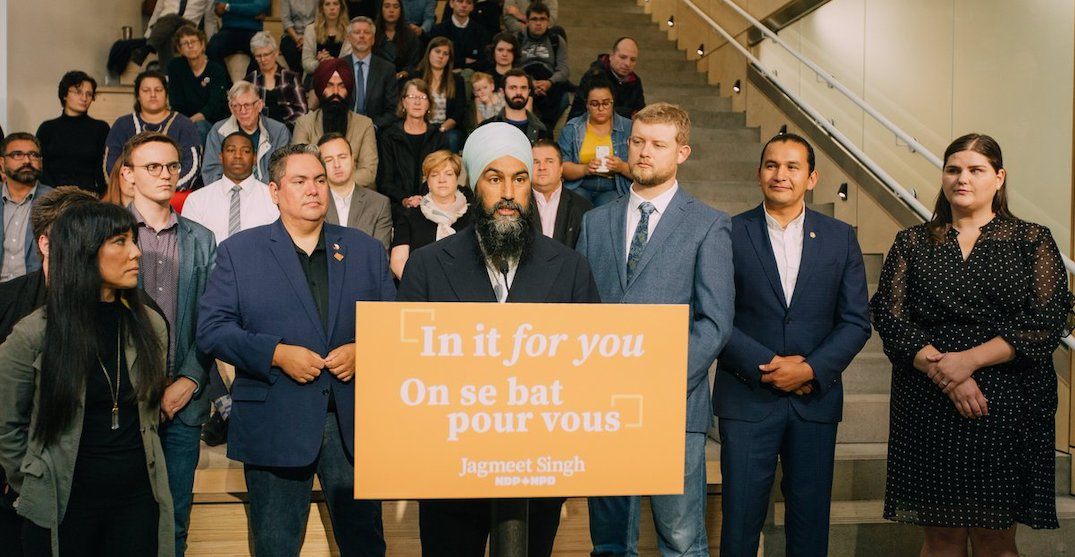 New Democrat Leader Jagmeet Singh made promises Tuesday to build an east-west clean-energy corridor and to convert all public transit systems in Canada to electric vehicles, without being sure how much either might cost.

“We can’t afford not to act. There’s a price for not acting as well, and that price is future generations who are going to feel the brunt of a climate crisis which is going to threaten everything,” Singh said as he announced his party’s climate plan at the University of Winnipeg.

If elected, an NDP government would spend $15 billion on an array of environmental pledges that would also include subsidies for businesses that want to go green. The NDP would also end subsidies for fossil-fuel production.

Singh said even his $15-billion global figure is likely not enough.

“We know that we need to put even more forward. It’s a bold, ambitious plan but we know we need to do everything possible to fight this climate crisis.”

An east-west power grid has long been discussed among provinces and the federal government, although no one has committed money to get it built. The idea has been pushed by provinces such as Manitoba that have surplus hydroelectric power but lack the infrastructure to ship it to power-hungry provinces such as Ontario and Alberta.

Manitoba recently completed a long transmission line of its own from northern dams to southern communities. It cost $5 billion to cover roughly 1,400 kilometres — less than the distance from Winnipeg to Toronto.

Manitoba’s Progressive Conservative government pushed the idea of cross-country grid at a national energy industry conference in 2017, but said federal money would be needed to get it built.

As for public transit, Singh said he would make a “massive” investment to ensure all transit across Canada is electrified by 2030, but would not share any estimate of the cost when pressed for details.

He also said an NDP government would ensure Indigenous communities have a seat at the table as equal partners when it comes to finding solutions to climate issues, since they often face the biggest challenges of the changing environment.