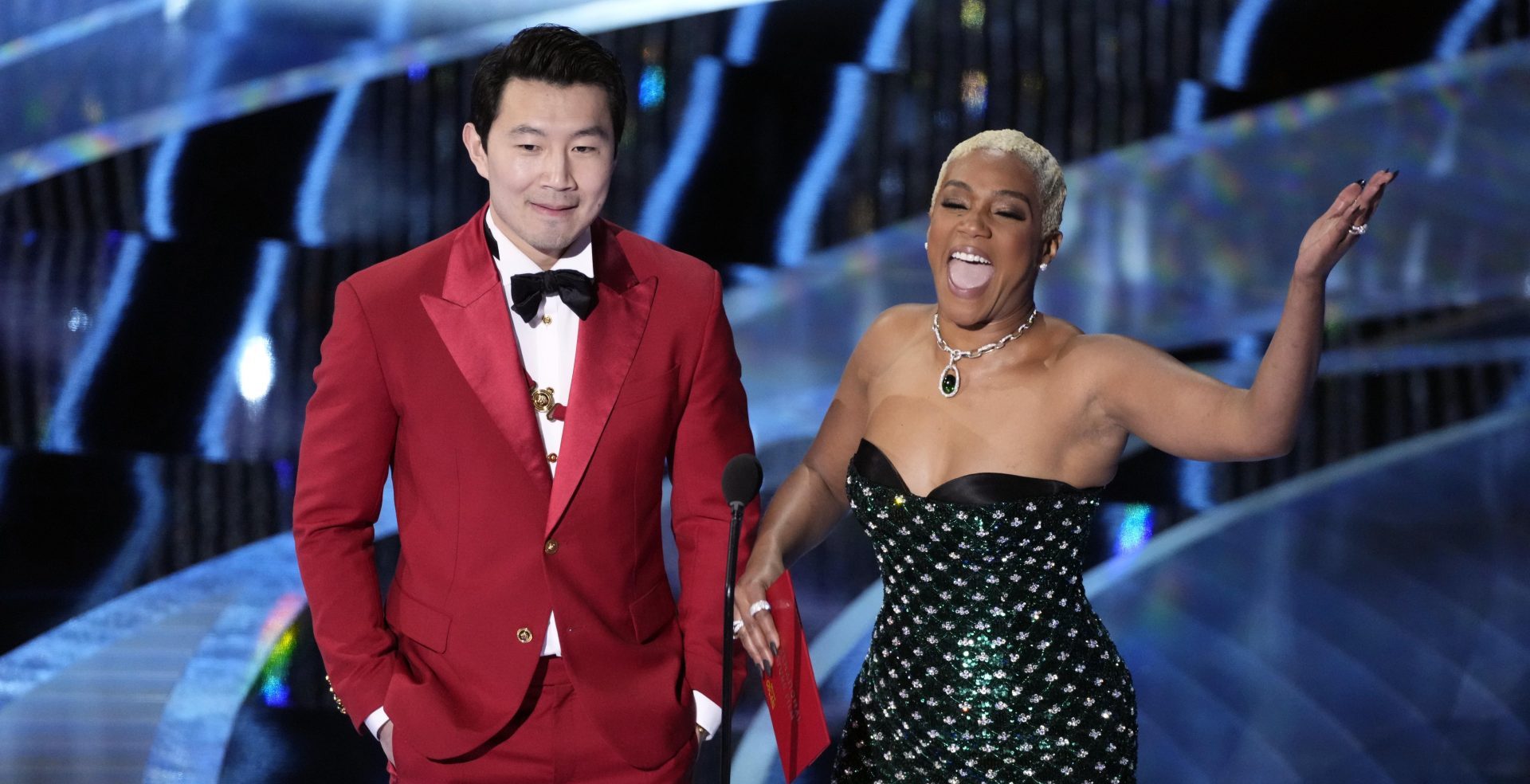 Toronto’s own Simu Liu attended his first-ever Oscars award ceremony, and now people really, really want to see him in a rom-com with his skit partner, actor Tiffany Haddish.

Liu and Haddish presented the award for the Best International Feature. The banter-filled conversation between the two was charming, to say the least.

Haddish admitted she had “a thing for Canadians,” and Liu is, well, quite literally a Canadian superhero.

“I come from a country that, for many Americans, may seem exotic and different — Canada,” the Shang-Chi star said on stage, dressed sharply in a tux the colours of the Canadian flag.

“I didn’t even know that France was in Canada. That is crazy!” Haddish said. She added that she loved Canada’s “circle bacon” and “the men with the jackets that ride on moose with the hats, that Molson beer, the accents.”

The two were exuding intense rom-com energy in their segment, and it did not go undetected. Now people want them opposite each other in a film.

I would watch a Simu Liu and Tiffany Haddish rom-com IN THE THEATRE. – J

A romantic Hallmark Christmas flick actually sounds like a great idea. Do it for the culture!

When Haddish was leaving the stage, Liu helped her untangle her green Dolce & Gabbana dress, which had bunched up on the floor.

Because, clearly, people can’t get enough.

I wish the entire show had just been Tiffany Haddish and Simu Liu flirting.

Seriously, how do we make this happen? 👀

Where can a sign the petition for a movie to be made starring Simu Liu and Tiffany Haddish? The chemistry between them🔥🥰 #Oscars