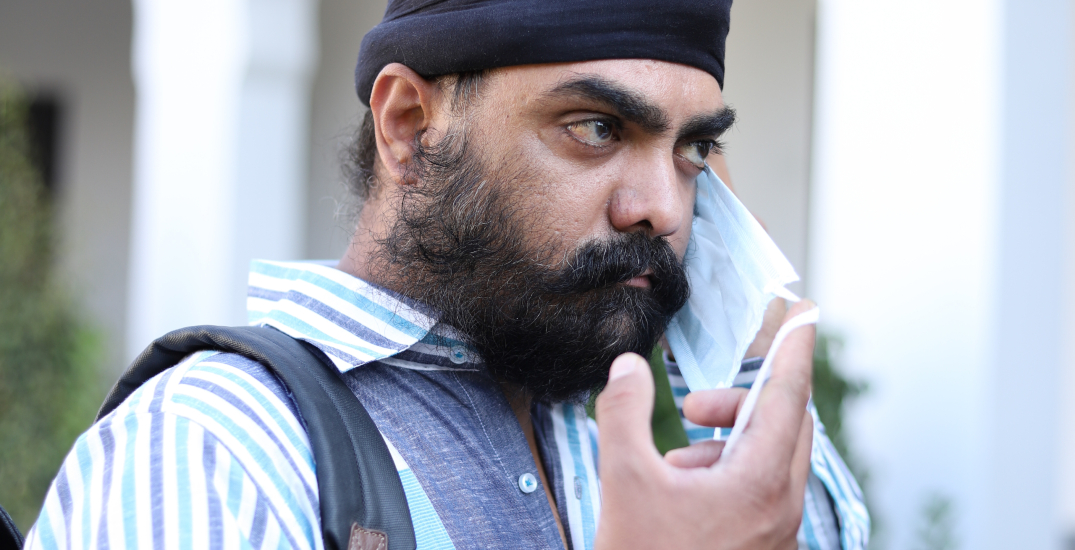 Toronto is working on re-hiring over 100 Sikh security guards after they were laid off for having beards.

The City had put a policy in place requiring security guards to be clean-shaven to ensure their N95 respirators, which are required by public health directives in shelter settings, offered efficient protection against COVID-19 on the job.

After a complaint from the World Sikh Organization of Canada (WSO) about security contractors not accommodating bearded guards, Toronto announced on Monday that the matter was being investigated.

The City of Toronto’s imposed “No-Beards Rule” is completely an unlawful act of discrimination, it has directly impacted Sikh community members who are particularly hired as Security Guards. It is against the Canada’s laws and against Universal Declaration of Human Rights. pic.twitter.com/nW7P0wbOsE

Sikh men often grow out their facial hair for religious reasons, and critics of the no-beards rule argued that the grounds for the security guards being laid off were, hence, discriminatory.

This is ridiculous. Having a beard doesn’t prevent someone from safely doing a job as security guard.

Anyone who lost their job (including Sikh security guards) should be reinstated & compensated for lost pay.

Gatekeepers who made this dumb decision should be held accountable. https://t.co/TlMkpyjmst

No one should have to choose between their faith and their ability to seek/keep employment.

Religious accommodation should not lead to relegation to a lower position and lower pay.

We are seeking a solution from the @cityoftoronto re the Sikh security guards that were laid off.

I agree with @PierrePoilievre This new rule is discriminatory and must be changed. https://t.co/Mmut67M6KN

They deserve to be immediately reinstated https://t.co/4QUxlkButY

“No one should have to choose between their faith and paying the bills,” added Brampton-East MPP and lawyer Gurratan Singh. “The discriminatory no beard policy in the City of Toronto must end immediately. Let Sikhs, and any other religious community that keep a beard, work.”

“As part of its investigation, the City will be looking at its legal options, up to and including terminating the contracts of any contractors found to be in violation of City policy or human rights legislation,” said the City of Toronto in a press release on Monday. “The City does not tolerate, ignore, or condone discrimination, and is committed to promoting respectful conduct, tolerance and inclusion, always.”

Currently, authorities are working with contractors to accommodate employees who have requested religious exemptions and reinstating those who have been terminated from their jobs.