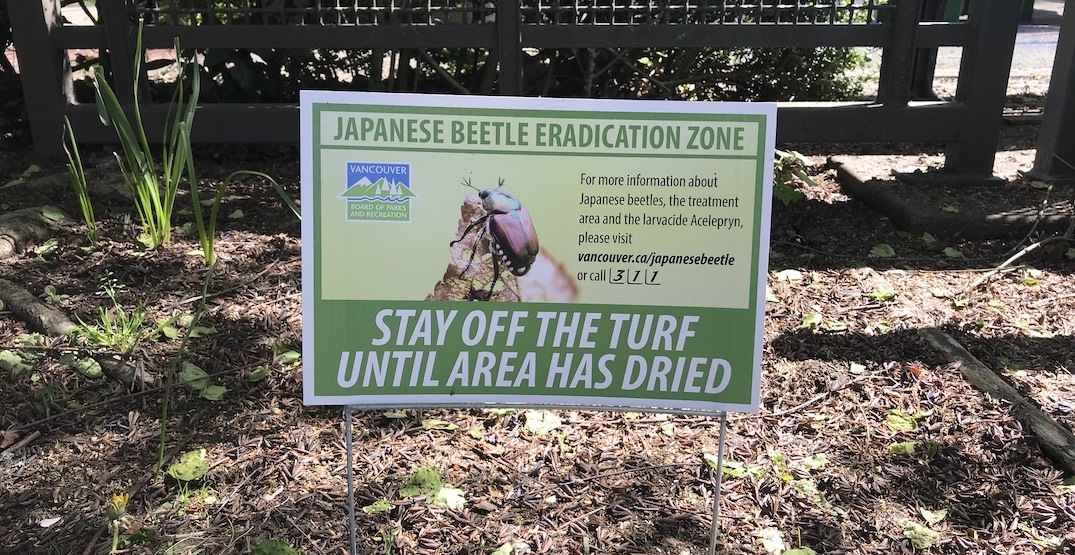 Signs are popping up along the Vancouver Seawall and False Creek warning about the use of pesticides to control the Japanese beetle — an invasive species wrecking havoc on plants and grass in the city.

The City of Vancouver is treating 70 hectares of park and public land. During the treatments, park staff are asking for people to stay off the treated areas for 24 hours to give the larvicide time to take effect.

All treated areas will be clearly marked with signs notifying park users of the recent larvicide use. 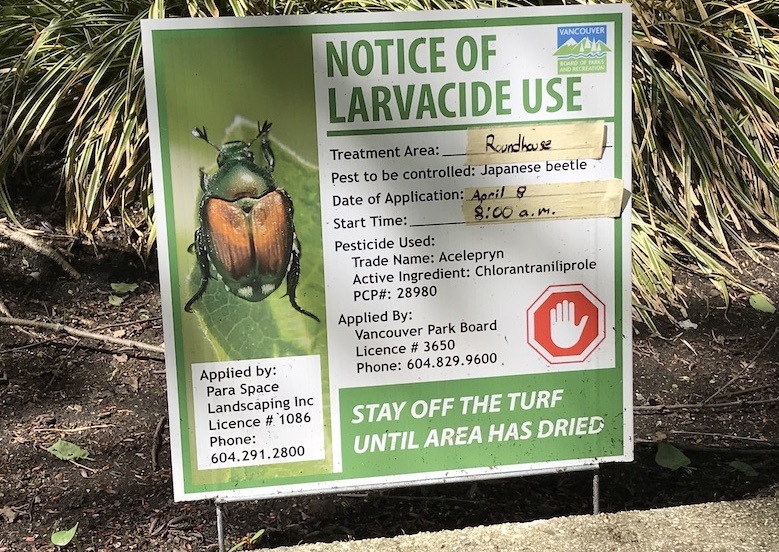 The Canadian Food Inspection Agency is working alongside the British Columbia Ministry of Agriculture, the City of Vancouver and other stakeholders to eradicate the invasive Japanese beetle.

First detected in the False Creek area of Vancouver in 2017, this species of beetle is a regulated pest that feeds on the roots of turf grass as well as the above ground parts of more than 300 plant species. Rose bushes, fruit trees, common landscape and food plants are all at risk.

If the Japanese beetle continues to spread, Vancouverites could start to see damage to their lawns, landscapes, golf courses, parks and even BC’s agriculture industry.

The CFIA has created a regulated area for the Japanese beetle around the False Creek area of Vancouver. Movement of plant material and soil out of the regulated area is prohibited until further notice. 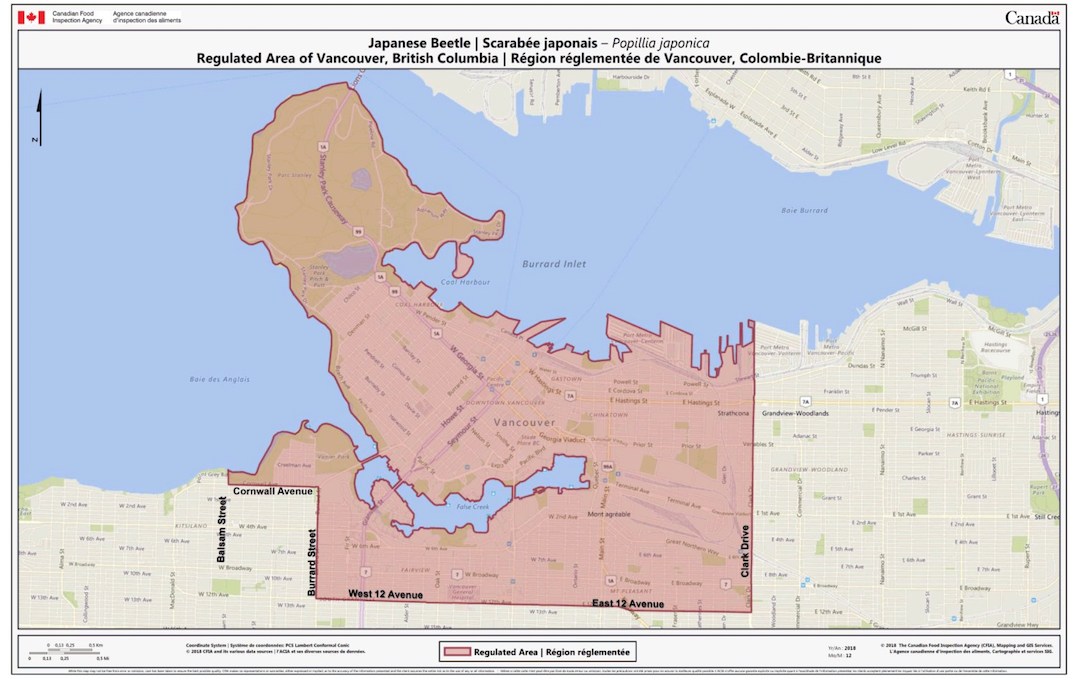 Any movement of above ground plants out of the regulated area is restricted between June 15 and October 15, which is the flight period the adult beetles. This is to help reduce the risk of human assisted spread of the beetle.

Five facts about the Japanese beetle 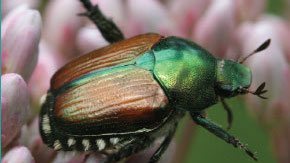