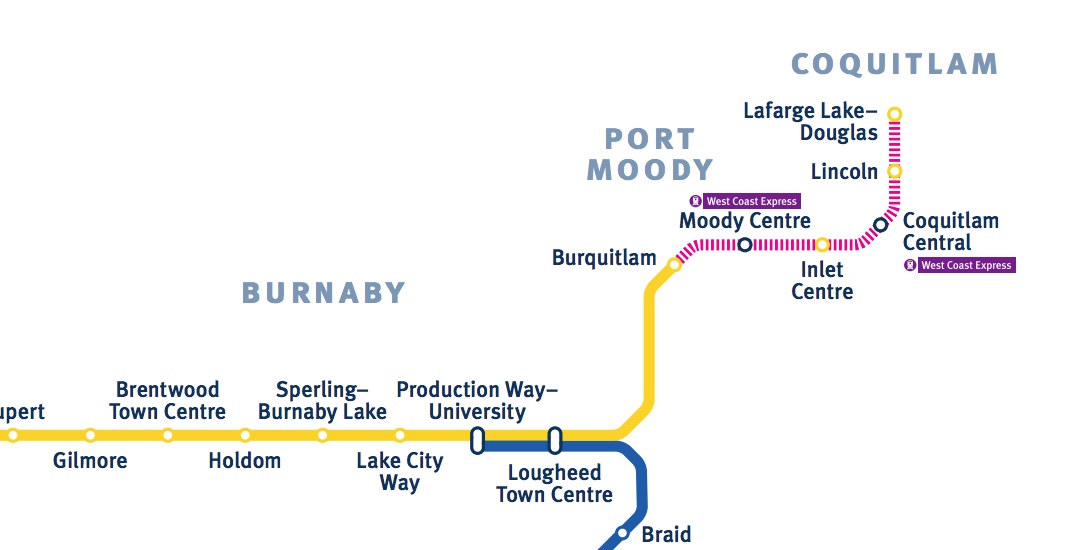 There will be temporary major changes to SkyTrain’s Millennium Line service over the next three weekends to allow for the installation of cellular wireless infrastructure in the Burquitlam tunnel.

Shuttle trains will operate every eight minutes on the Millennium Line’s Evergreen extension between Burquitlam Station and the terminus at Lafarge Lake-Douglas Station.

This shuttle service will be operational during all service hours on the following dates: 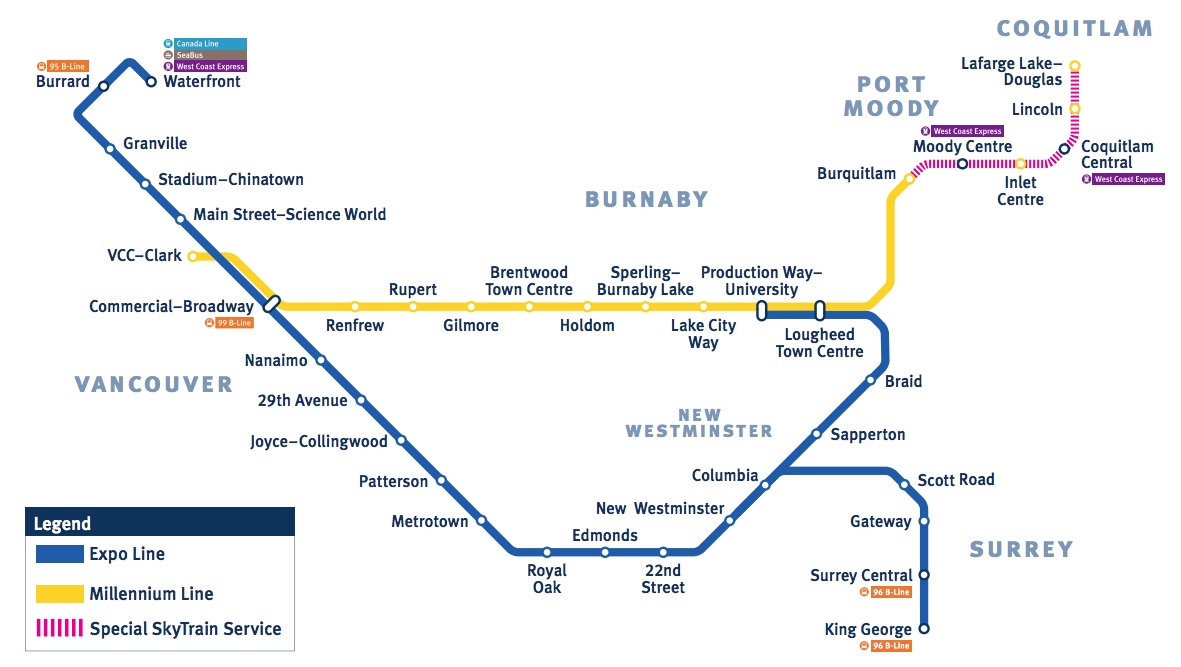 Passengers traveling through the area should allow for at least five to 10 minutes in extra travel time.

Service on the Expo Line is not affected.