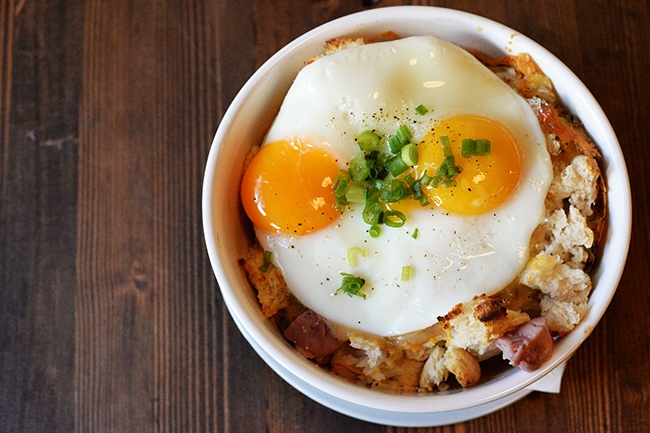 I am always weary of a place if I have to ask about the availability of cellphone reception. The on/off button on my phone is simply a decorative one, and it is never pressed for the purpose it means to serve. As I borrowed my friend’s heavy duty Canada Goose jacket, I was assured I would be well prepared for the cold and that I shouldn’t worry about cell reception–easy! Picking shoes appropriate for my day… well, that was an entirely different story.

After 20-something years of living in flatland, I had finally decided to check out a ski hill. It was a pretty big deal for a young lady who did not grow up around snow, but has friends who ski and snowboard regularly.

To soak up the true experience, I attended the March 24th Quiksilver Showdown Over The City event at Grouse Mountain.

Although the  the boarding lingo does not translate for me, I didn’t let that affect my first-day-on-the-ski-hill experience.

Armed, literally, with an avid snowboarder friend, I walked downhill towards the event site. Luckily, I was told to wear my (designer) rainboots for grip, paired with extra layers of wool socks. As I slipped and slid downhill, grabbing on my friend Tay’s arms to avoid bailing, I noticed something odd. I was sweating. Something I never would have expected on a snowy hill.

The day could not have been more spectacular, with blue skies and the sun’s rays reflecting off the slushy snow. By the time we reached the event site, after about ten minutes of walking downhill, the bulky Canada Goose jacket was on the ground and I was walking around in my VancityBuzz t-shirt. Another thing I would have never expected to do on top of a mountain.

The competition was unlike anything I have ever seen before, with tons of incredible jumps, twists and turns- all of which I am sure have fancy names. 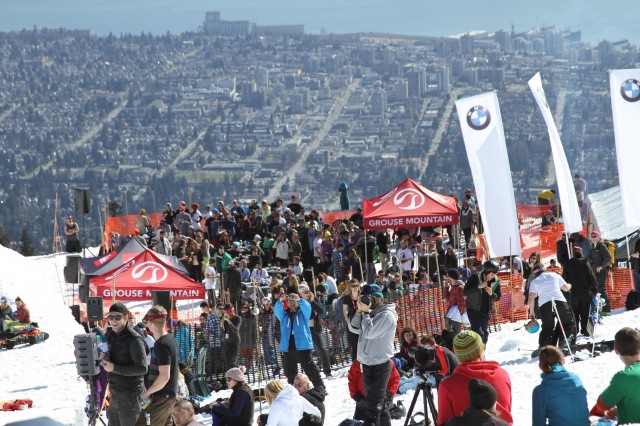 “We teamed up with Quiksilver because we wanted to bring a big professional snowboarding competition to the City of Vancouver. There’s nothing else like it,” said Sarah Lusk, public relations manager at Grouse Mountain. “This is always our last big event of the season. We want to create a fun spectator event for everybody.” 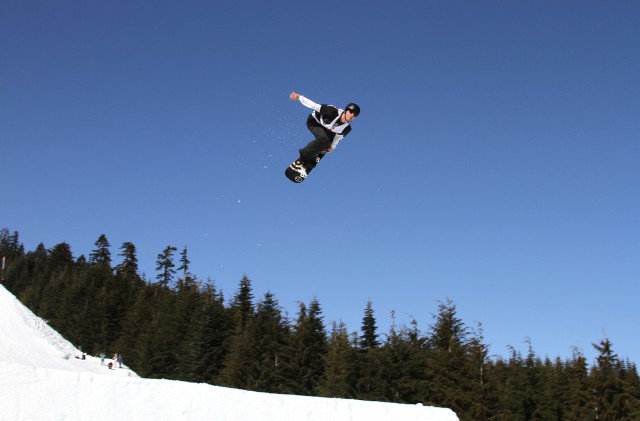 She said spectators can just sit back, have a beer and take in the riding- which is exactly what I did.

The beer garden- or snow garden?- was packed. The smell of the BBQ filled the crisp air as the music kept the young crowd pumping.

I had never seen so many people in goggles before. And seeing a guy casually eating a pizza while snowboarding made me realize how silly I am for needing an arm to walk down the hill.

But, to my ultimate surprise, I met another ski hill virgin. And unlike me, he actually grew up here in Canada, specifically British Columbia.

“I love the outdoors but I am a very summer guy. I play basketball and basketball season is during ski season, I can never risk injury,” said the 25-year-old.

On that fateful day, Jared also skied for the first time in his life, stating “it’s never too late to start.” Amen.

“It’s awesome. My legs were trembling,” he said. “I can’t believe I’ve never done this before, and it’s in our backyard.”

He was right. I couldn’t believe I had never visited a ski hill before, considering how close Grouse Mountain is to the city. 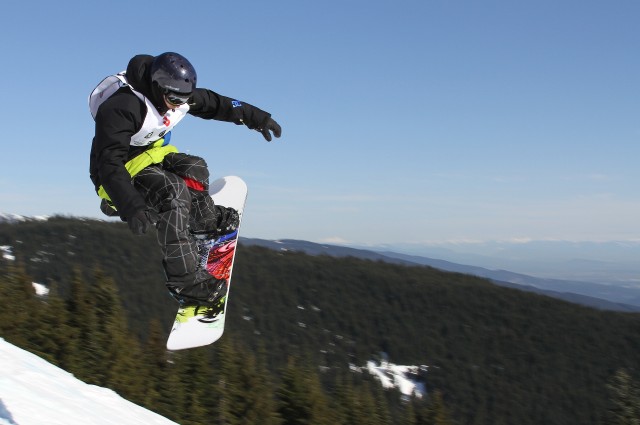 The event site had a stunning view of Vancouver, a view the boarders must have enjoyed as they sailed through the crisp mountain air.

Soaring to first place at the event was 22-year-old Vernon native Jon Versteeg, who walked away with a $5,000 cheque.

“There’s not much I don’t like about this contest. These jumps are actually big, it’s right over the city, and it’s a beautiful day,” said the long-blonde-haired boarder.

Versteeg is no stranger to competitions. In a month, he competed in Quebec, Alberta, and Vermont.

I had to ask him what it feels like during the jumps, since I am terrified of heights.

“I feel like there’s nothing else around me, anywhere. It’s so fun and humbling.”

As he walked away with his prizes, I returned to the beer garden to grab a cold one and work on my tan as I contemplated the day on the hill. 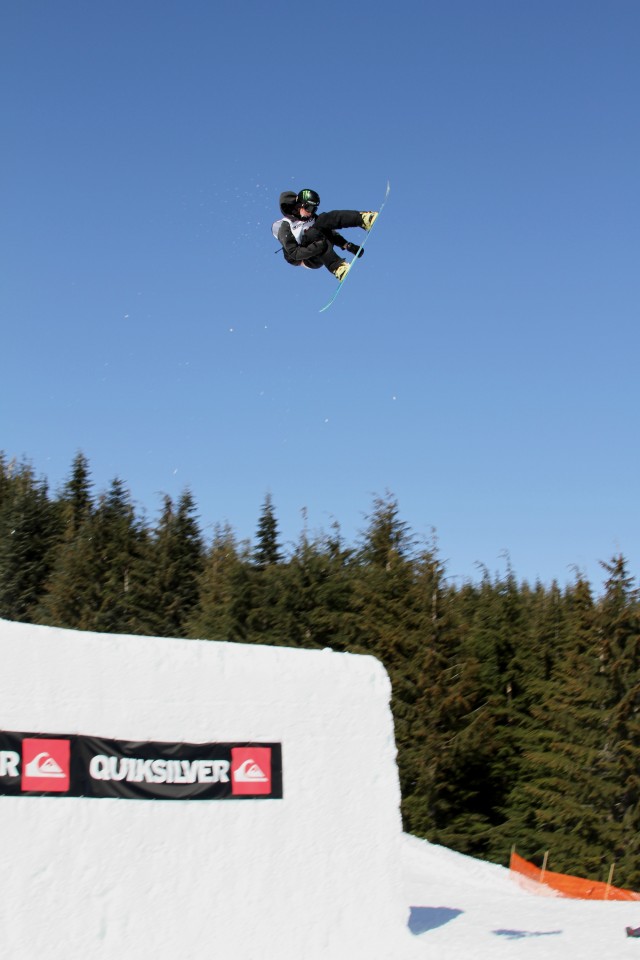 Things I learned that afternoon: Grouse Mountain is very accessible to the city, snowboarding is awesome to watch, beer is even better at high altitudes, it’s never too late to start something new, you can actually wear a t-shirt on a ski hill, wearing goggles is fashionably appropriate at all times, and most importantly, cellphones do work up there.

As the event wrapped up, I officially added new words to my vocabulary: “blue bird day” and “Gnar Pow”. Feeling accomplished, I happily sipped on a soothing Dark & Stormy- available at Altitudes Bistro-, pulled out my pocket mirror and reapplied my my lip enhancing gloss, Smash Box shade: Tease.