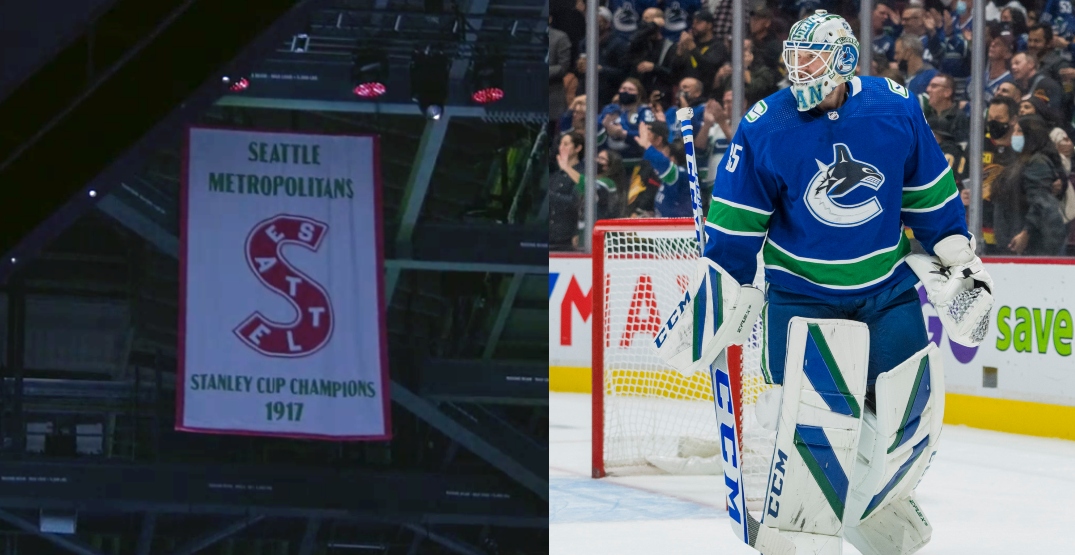 The Canucks have never won a Stanley Cup, but Vancouver has.

And so has Seattle.

Prior to their second-ever home game against the Montreal Canadiens, the Seattle Kraken showed off a Stanley Cup banner from the rafters of Climate Pledge Arena. The Seattle Metropolitans won the Stanley Cup way back in 1917, becoming the first American team to do so.

Some fans are poking fun at the Kraken for reaching back 104 years to claim victory. It’s not completely without precedent though, as the Ottawa Senators have a plethora of Stanley Cup banners to celebrate the 11 championships won by the original Ottawa Senators team between 1903 and 1927.

The difference is the Kraken didn’t name themselves the Metropolitans, and that’s where Vancouver comes in.

It makes as much sense for the Canucks to hang a Stanley Cup banner from the rafters as it does for the Kraken. The Vancouver Millionaires won the Stanley Cup in 1915 after all, sweeping the aforementioned Senators in three games to win the championship played at Denman Arena in Vancouver.

Why not give Cyclone Taylor and the rest of that 1915 team the ultimate tribute, and raise a Stanley Cup banner?

Some would snicker. Others might feel like celebrating a Stanley Cup would somehow curse the present-day Canucks.

To that I say, the present-day Canucks are already cursed, so what’s the difference?

If the Canucks want to raise a banner, they’re well within their right to do so. The only question is, is it cringeworthy?

The Kraken decided it wasn’t. But they also thought retiring the No. 32 jersey to honour their fans was a good idea.

The Canucks briefly tried that with the “7th Canuck” and it was the definition of cringeworthy.

Either way, perhaps we’ll see the Millionaires and Metropolitans back on the ice together in the coming years in an outdoor game. The throwback uniforms would make a lot of sense, and Seattle is “on the radar” for an outdoor game according to NHL Commissioner Gary Bettman.

Play the game at T-Mobile Park in Seattle and expect an invasion of Canucks fans from north of the border.