Like it or not, that is the latest “offloading” proposal from the taxpayer watchdogs at the Canadian Taxpayers Federation amidst BC Ferries’ recent financial hurdles and troubles with maintaining existing services. It is a farfetched proposition, but let’s take a closer look at it anyway for argument’s sake.

According to Jordan Bateman from the CTF, “you really wonder what’s going on. Washington State Ferries has fewer routes, fewer boats but actually carries more passengers and more vehicles than our ferry system does… perhaps they can deliver this service cheaper.”

While it would be optimal to study the efficiencies of the Washington State Ferries and to learn what we can from them, our American counterparts arguably have a much easier job and significantly smaller coverage area: all routes are within relatively populated communities located in a very narrow water body band that is the Puget Sound.

In contrast, BC Ferries connects the province’s Mainland with Vancouver Island – bridging the wide sea-like gap made by the Strait of Georgia. However, these routes are not the ferry corporations biggest headaches. In fact, they break close to even and the routes between the Lower Mainland and Vancouver Island consistently make a profit.

The largest physical challenge with BC Ferries is that the majority of its routes serve sparsely populated and isolated communities, many of which are located further up in the north as far as Prince Rupert and Haida Gwaii. Its nautical geographical scope also runs from Victoria, the southernmost part of the province, to Prince Rupert – a distance of more than 800 kms.

There is no doubt that many of these routes between small communities are costly to maintain and operate given that they completely undermine economies of scale and require significant subsidies, but they still exist as they are deemed as necessary services as an extension of the provincial road system.

While this may be true and is one of the greatest factors in play, there are a myriad of other factors to consider, including aging vessels, rising fuel prices, the cost of labour, unionized labour, operational inefficiencies within the ferry corporation and the natural increase in demand that comes with population growth. Some have also blamed the 2003 privatization of the ferry corporation for its financial troubles, record high fares and strained services.

Solutions that have been thrown around for relieving some of the most money draining routes include replacing fuel-driven vessels with smaller ferries or cable-pulled ferries, smaller ferries, building roads and bridges, reducing the number of sailings or sailing days, rotating ferry service between neighbouring communities with a smaller ferry fleet and implementing passenger-only ferry routes.

Standardization of its vessels, from the current 17 vessel classes or styles to just four or five vessel classes, has also been a priority to reduce operational and maintenance costs.

“We want to get to the point where much like a WestJet or an Air Canada, they go to Boeing to build a 737 or go to Airbus to build an A320… We want to have a standardized fleet of intermediate-class ferries,” said BC Ferries president and CEO Mike Corrigan.

Earlier this summer, the provincial government approved BC Ferries’ request to purchase three new vessels to replace the aging Queen of Burnaby (built 1965) and Queen of Nanaimo (built 1964). The third new vessel will be utilized for providing additional service and as a relief vessel when other vessels break down or are in need of a refit.

To assist the ferry corporation in its recent financial troubles, last year the provincial government announced an $80 million increase in subsidies (spread over five years) to BC Ferries in addition to the $150 million in public funding it receives annually towards covering its $752.5 million budget (2012 fiscal actual). These regular subsidies largely go towards funding small routes, to ensure small coastal communities remain connected with other islands and the Mainland.

While BC Ferries has argued that higher fares are needed to balance its books, some have blamed these very same steep fare increases for causing ridership to plummet to a 20-year low.

It is obvious that BC Ferries is in dire need of a permanent fix, but the very idea of handing over this extension of our provincial highway system – the economic lifeblood of our coastal communities – to Washington State’s Department of Transportation is simply absurd. 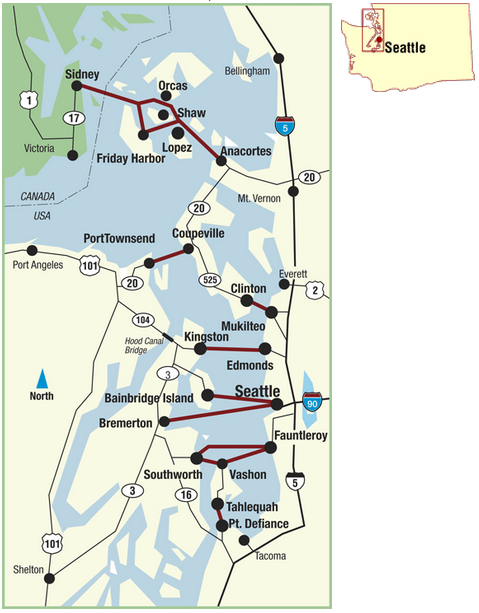 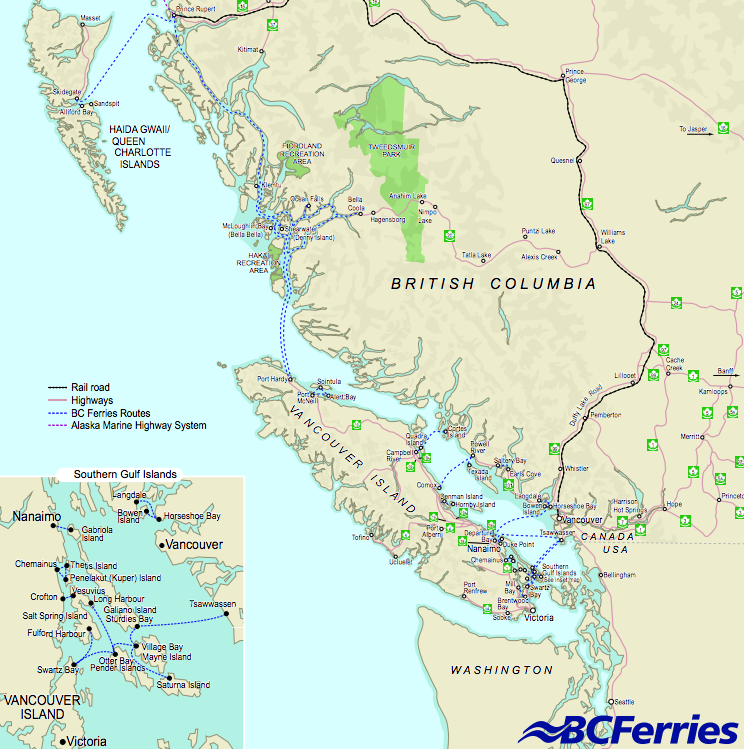