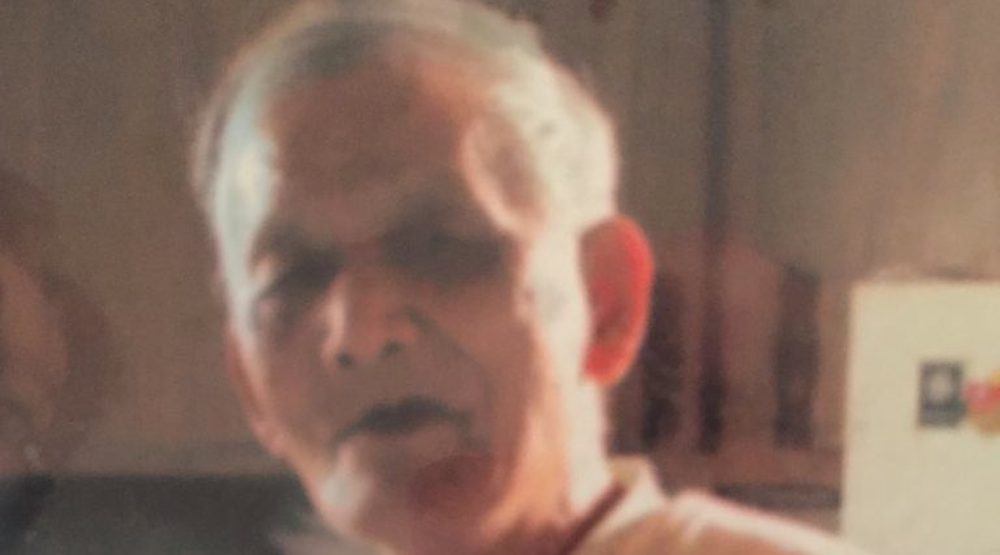 UPDATE at 11:30 am on Sunday, October 9: The search for Shou Peng Chen has ended in tragedy. His body was found earlier Sunday morning.

Vancouver Police are becoming increasingly concerned about the well-being of a 92-year-old man who has been missing since Tuesday.

According to a release, Shou Peng Chen was last seen leaving his home near Kingsway and Earles Street at approximately noon on October 4. Police believe Chen was in the area of West 64th Avenue and Granville Street on the evening of October 4 at approximately 6 pm, but it is not known if he continued to travel around the city or if he has taken shelter from the elements.

A public alert on Chen’s disappearance was first issued on October 5. He only speaks Cantonese and is known to visit Chinatown and Richmond frequently.

“With the passing of another day and the poor weather conditions, concern for his well-being continues to grow,” reads a statement by police.

The search and public plea to look for Chen is now expanding to other neighbourhoods in Vancouver and surrounding municipalities. As well, those who live in South Vancouver are asked to search the outside of their property including vehicles, sheds, and other buildings.

Chen has been described by police as Asian, 5’5″ tall, 110 lbs in weight, and has short, grey hair and brown eyes. He was last seen wearing a dark brown jacket, blue jeans, black runners, and carrying a black wooden cane.

Anyone who sees Chen or knows his whereabouts is asked to call 9-1-1 immediately.