Tanya Slingsby’s new exhibit, SHORU: Vindication and Victory opened this week at the Gaspointe Gallery in Vancouver. SHORU represents Slingsby’s shifting identity as a woman, a new mother and always as an artist.

Her shift in artistry wasn’t only obvious on the canvas where her new works were divided into the Vindication, Transformation and Victory series but in her new collaborations. The buzz in the room was how this was her most honest exhibit and it reflected in the paintings, the photography and the short film.

You could not mistake the energy in the room. It was a lively, colorful and entertaining room full of art collectors, art lovers and fans. It was a sign of an established artist rising up again from the shadows of her easel to enjoy and reflect on her recent creative process with everyone. Get down to the Gaspointe Gallery in Gastown to take a look at Tanya’s great new series of paintings.

I spoke to a few women who deeply identified with the journey Slingsby has been on as an artist and new mother. They felt that her story was elegantly and creatively portrayed, especially in her video piece. Slingsby and husband Dylan Armour conceived the idea for a short film that further communicated Tanya’s message about her new body of work. They teamed up with Joseph Pinheiro and Darko Sikman from Ocean Media to film and edit their vision into a small video. The response was very positive.

The video, as well as photography by Darko Sikman and Robin Armour, is only available to view at the Gaspointe Gallery. In fact Tanya & Ocean Media are promoting a contest to win a Tanya Slingsby original painting, so stay tuned for more information coming this week about the contest. 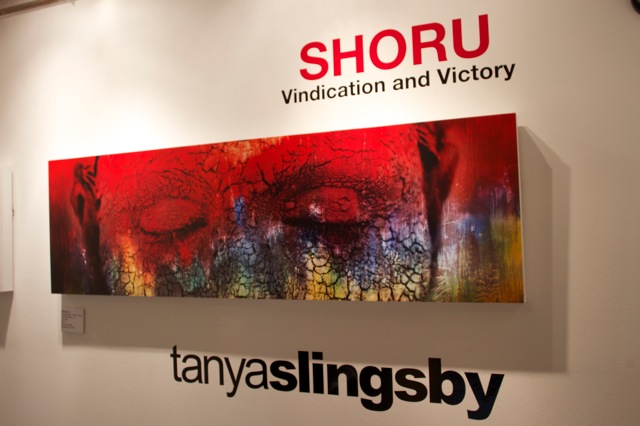 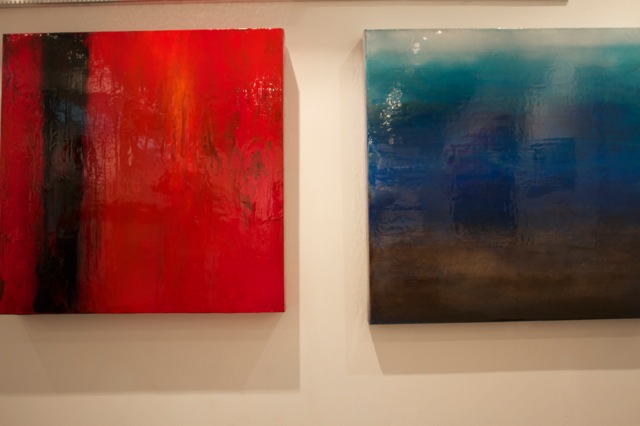