A woman has been shot multiple times in the back at a Chevron gas station on East Hastings Street and Vernon Drive, near Clark Street.

UPDATE: The female victim in the shooting has been confirmed as Mia Deakin, daughter of Real Housewife of Vancouver’s Jody Claman, according to CKNW. She was taken to a hospital and is in stable condition. 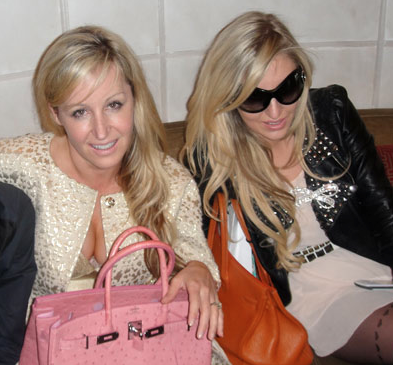 Officers from the VPD Major Crime Section are investigating a drive-by shooting at a gas station on East Hastings near Vernon Drive that slightly injured one man and sent a woman to hospital.

Shortly after 7:00 p.m., police received several 9-1-1 calls regarding shots being fired from a SUV at the Chevron gas station.

Officers and paramedics arrived to find a woman with gunshot wounds and a man with minor injuries. The woman has been taken to hospital, but is believed to be in stable condition. The man was treated at the scene by ambulance.

No arrests have been made and the investigation is ongoing. Patrol officers, detectives and members of the Forensic Identification Unit are at the scene speaking with multiple witnesses, gathering evidence and canvasing for any video that may assist in determining who is responsible.

The area, including both directions of East Hastings Street in the immediate vicinity, has been closed by the Vancouver Police. Buses that run through the area are also being re-routed.

It is still early in the investigation and the motive for the shooting is not known, but police believe the attack to be targeted. Anyone with information about the shooting is asked to contact the VPD Robbery/Assault Unit at (604) 717-2541 or Crime Stoppers at 1 (800) 222-8477.

The shooting comes after this morning’s gunshot murder at Gladstone Street near East 29th Avenue – Vancouver’s seventh murder of 2014.

#Vancouver police on scene at Hastings St. and Vernon Dr. with female shot multiple times in the back. Hastings closed both directions.

Female taken to hospital with two gunshot wounds to the back after a driveby shooting at 1200 E Hastings St pic.twitter.com/miRpkZ1mbe

On scene of a shooting at Hastings & Vernon Dr in Vancouver pic.twitter.com/DVhwT4rM5b