Holmes and Watson Save the Empire is a musical farce by Jahnna Beecham and Malcolm Hillgartner, based on the stories of Sherlock Holmes and presented by Ace Productions. It continues its Canadian tour at the Metro Theatre in Vancouver until June 28. This limited engagement is a family-friendly musical mystery, starring Damon Calderwood and Gordon Roberts as the iconic Sherlock Holmes and Doctor Watson.

The Metro Theatre is a quaint and inviting space, perfect for a larger-than-life production like Holmes and Watson Save the Empire. While the Metro Theatre isn’t exactly the easiest place to get to, it’s well worth the journey to see this farcical production.

The red velvet curtains set up the perfect atmosphere for the almost vaudevillian opening as Freddy Fish (Chris Robson) parted them to begin the show. Right off the very top, the actors were full of energy and dedication. They launched the audience into the world of Doctor Watson and Sherlock Holmes, whisking them back a hundred years and transporting them halfway across the world to the fictional flat of the quirky detective and his bumbling sidekick.

The plot rocketed by in a flurry of hilarious jokes, British references and sleuthing deductions. The music was played live, Chris Robson and Gordon Roberts alternated on piano while the other was on stage. The lovely Renee Cook accompanied with violin in a beautiful variety girl dress. The actors didn’t wear microphones, another testament to their vocal and acting ability.

The quality of singing was not only superb but suited the characters perfectly while remaining somehow understated at the same time. The actors didn’t try to sing perfectly (even though they were close to succeeding in this attempt), they happened to be singing while telling the story. 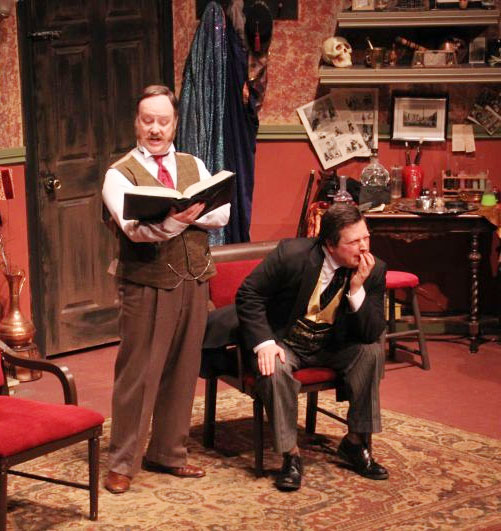 Not only is this show great for the whole family, but it’s equally fun for both adults and children. While at moments it might be difficult for children to keep up with the plot due to constant updates of clues and deduction, the physical comedy will definitely grab the younger audience’s attention.

From the moment the curtain ascended to the bows, the slapstick comedy and exaggerated movement captivated the spectators. Sometimes this kind of humour can seem cheap and overdone, but Calderwood and Roberts managed to perform this type of comedy in a way that kept it fresh and honest, keeping the audience with them the entire duration of the show.

The second act featured a hilarious homage to pantomime as Holmes dressed Doctor Watson up in a dress and wig while he donned a moustache and shoes on his knees. What proceeded was a great flex of both Calderwood’s and Roberts’ physical comedy chops as they acted out a Panto act that would make dedicated pantomime British audiences proud. 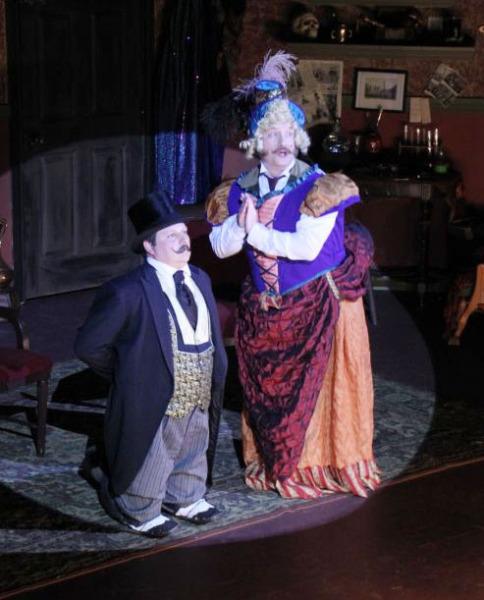 The choreography present in the show was both specific and subtle. The movement complimented the actors immensely and served as another opportunity to implement physical comedy. While ranging from complicated to a ‘simple’ box step sequence, Calderwood and Roberts performed the movement with finesse and ease.

A stand-out number occurred at the top of the second act. ‘Hookah’ was a hilarious and zany song that definitely catered to the adult audience with its blatant drug references. This is another connection to one of Sherlock’s common attributes: his famous drug abuse. Plus, it was incredibly amusing to witness two full-grown men stumble around the stage, high as a kite and getting the munchies.

One of the only weaknesses of the show seems simultaneously acted as one of its strengths. The small cast that also doubled as musicians valiantly and brashly took on the challenge of performing a mystery-comedy-musical with only four people on stage. Unfortunately, this weakened the plot slightly as they were restricted to having only two characters in a scene at one time. This is mostly a critique of the actual script itself, as the actors truly embraced this and filled the stage with enough presence to bring the house down. 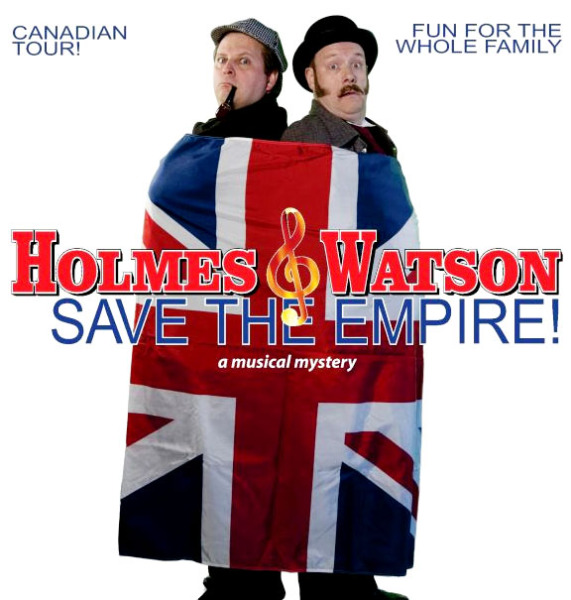 The show is teeming with lovely musical numbers, hilarious banter and the comfort of familiar characters on a ridiculous adventure to save the British Empire, while being confined to Sherlock’s famous flat at 221B Baker St. True to the Sherlock genre, the show has mystery around every corner and while it’s a bit predictable, it’s an incredibly fun and engaging production.

This farcical and musical romp is a hilarious delight that the whole family can enjoy. You can catch Holmes and Watson Save the Empire at the Metro Theatre until June 28. Tickets are $25.50 + Online Processing Fee online or you can buy them at the door, subject to availability.