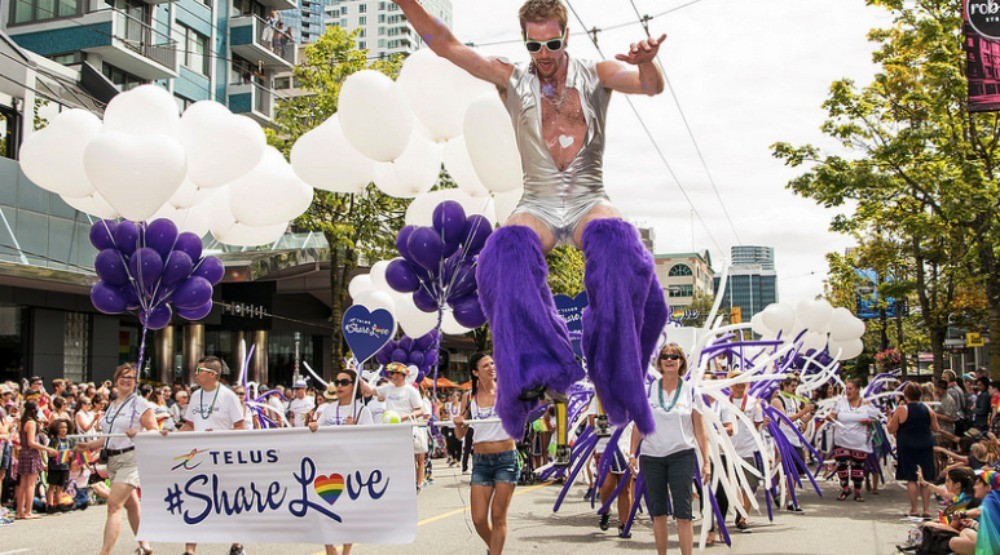 Use the #ShareLove hashtag for a chance to win a free trip for two to Pride in Montreal!

TELUS believes that love is the greatest connection. That’s why every year, TELUS team members, friends and family walk together to celebrate the power of inclusion and the importance of diversity. Including Vancouver, TELUS is participating in 18 Pride celebrations across Canada this year, plus one more event in Manila, Philippines.

You’re invited to help TELUS spread messages of support and acceptance using #ShareLove on your social media channels. Anyone who posts a public image or comment about 2017 Pride using the #ShareLove hashtag on Instagram, Facebook or Twitter is eligible to win a free trip for two to Pride in Montreal. You can also enter by liking or commenting on TELUS’ #ShareLove contest posts on Facebook. The contest runs from now until Sunday, August 7. Click here for the complete contest rules and regulations.

If all goes successfully, this awesome prize package from TELUS could be yours:

There’s more. TELUS is donating $1 to LGBTQ+ refugees when you use the hashtag #ShareLove.

Every time the #ShareLove hashtag is used on social media from June 3 to September 3, 2017, TELUS will donate $1 to Rainbow Railroad up to a maximum of $10,000. Rainbow Railroad is a Toronto-based charity that helps LGBTQ+ individuals facing persecution and violence in their home countries find refuge in Canada. The organization also connects newcomers with settlement supports both before and after their arrival.

So, during Vancouver Pride, don’t forget to share your social media posts with TELUS’ #ShareLove hashtag.

This contest is being run in accordance with TELUS’ own terms and conditions.