Amongst all of the selfies and cat videos, food photos have infiltrated social media streams. There are more than 36 million photos with the hashtag “instafood” on Instagram, and approximately 57% of users on Pinterest interact with food related content – but can this growing phenomenon of mobile “foodography” be turned into a charitable model?

Three University of Fraser Valley (UFV) students believe it can, which lead them to start an online venture called Share My Next Meal.

“Share My Next Meal is a social media campaign designed to bring awareness to hunger in our communities and encourage donations to local food banks,” explains co-founder, Cydney Myers.

The project launched in mid-November, and although online privacy settings make it difficult to track its exact impact, Myers estimates over $1000 has been raised for Fraser Valley food banks so far. She attributes part of that success to the vanity of social media.

“People feel good when they can share with their friends the good things that they’ve done and it becomes this contagious thing that people want to participate in,” says Myers.

The story of Share My Next Meal was never meant to be put into practice. Myers and two of her UFV classmates, Kara Hanson and Carolina Silva, initially developed the idea as a school project for their global development class. 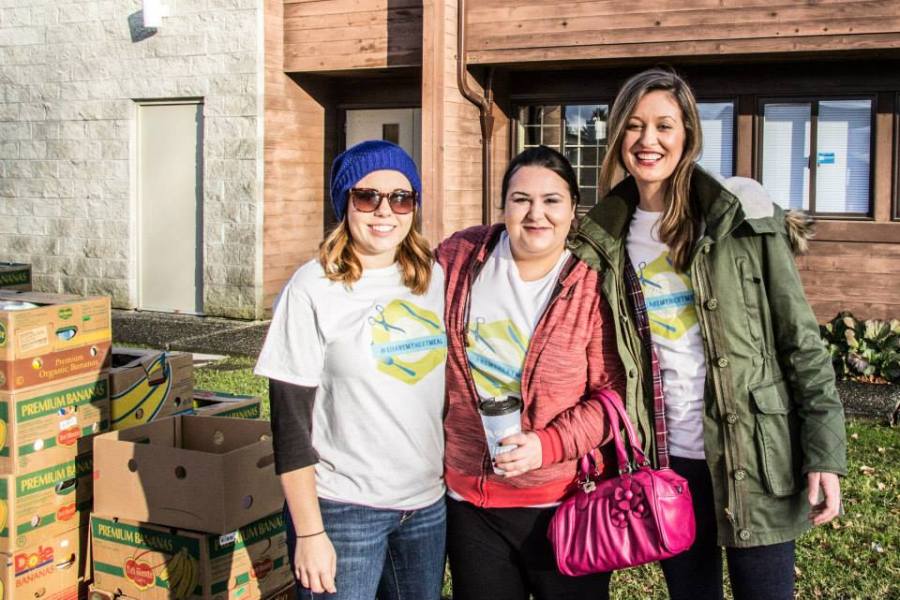 “This was supposed to just be a proposal,” Myers laughs.

However, their instructor, Cherie Enns, says the potential of the project was evident from the beginning.

“They do the project to a level I could not have anticipated or even imagined,” Enns attests. “[This] reinforces my beliefs in transformative learning and challenges me to provide more applied learning opportunities.”

Myers, Hanson and Silva all call the Fraser Valley “home,” but the Abbotsford Food Bank has been the most welcoming to this project.

“Our fiscal year to date finishes March 31. So far we are $144,000 over our highest previous total,” Murray says, “but, do not let that fool you, we have some new programs that generated most of that new money; however, we are blessed and humbled by the great support we receive from the community.” 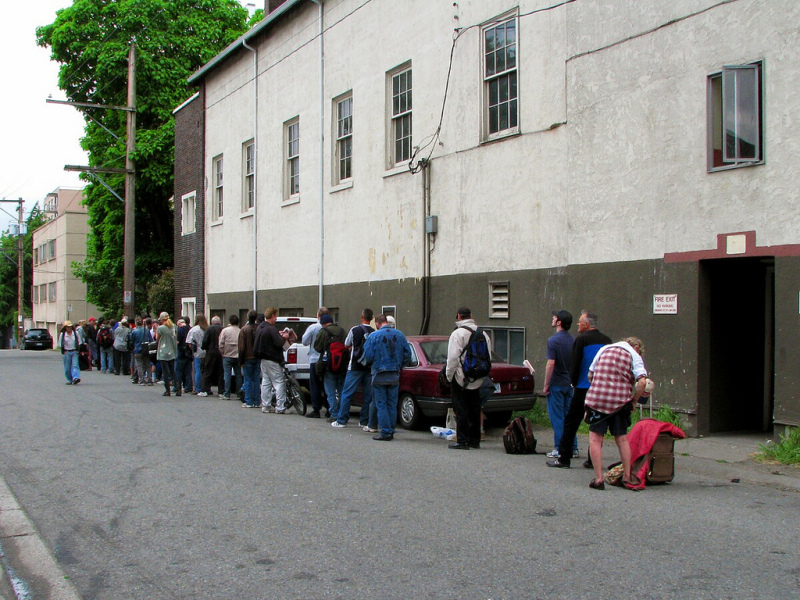 Myers says they also feel overwhelmed by the public response towards Share My Next Meal. They’ve had people participate from all over North America, and other countries including Great Britain, Thailand and Portugal.

Moving forward, the Share My Next Meal team plans to push the campaign twice a year – in the summer when children are no longer receiving snacks from their school meal programs, and around the winter holidays.

“So if we can keep it to those two times of the year where we really put in our energy and start nagging our friends about it, that’s pretty good,” adds Myers.

Shortly after doing this interview, my smart phone buzzes and a tweet pops up on my home screen:

We officially challenge @jenmuranetz to participate in #sharemynextmeal! Let us know which community you decide to share your meal with 🙂

I’ll be paying a visit to my local food bank very soon to follow through with the rest of the Share My Next Meal challenge.

How you can turn photo sharing into tangible food donations: