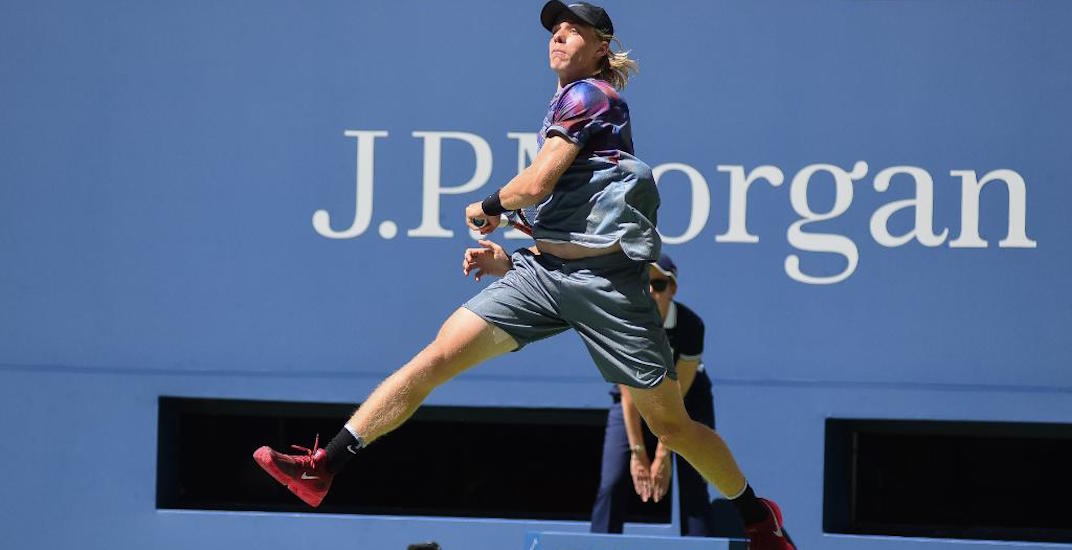 The kid’s in foreign territory, yet he looks like he belongs.

For the second straight match Denis Shapovalov played in front of tennis’ largest crowd on the sport’s biggest stage, yet he wasn’t overwhelmed by the occasion.

The victory makes 18-year-old Shapovalov the youngest player to reach the fourth round at the US Open since Michael Chang did it in 1989.

With the match level at one set each, on serve at 3-2 in the third, Edmund called for the trainer.

“On the deuce he hit a second serve and I heard him grunt as if he had hurt something,” said Shapovalov, speaking with ESPN’s Brad Gilbert after the match.

“I missed that return but I saw something was up. Then he called for the trainer that changeover.”

Edmund quickly lost the third set after the medical timeout, unable to get any power on his serves or keep his ground strokes in play. One game into the fourth set, he called the match.

Up until the medical time out, it could have gone either way, with Edmund winning the first set and Shapovalov taking the second. It did look as if it was only a matter of time until Shapovalov took over, though, with Edmund playing a calm, steady match while the Canadian took more risks.

“I thought I had a lot of chances in the first set,” said Shapovalov afterwards.

“I was dictating a lot of the points so I knew my chances would come. Luckily they did in the second and then what happened in the third is very unfortunate.”

Shapovalov’s victory comes on the heels of his second-round straight-sets beat-down of eighth-seed Jo Wilfred Tsonga.

Just three weeks ago at the Rogers Cup in Montreal, Shapovalov beat Grand Slam champions Rafael Nadal and Juan Martin Del Potro before losing to Alexander Zverev in the semi-final.

His path to the US Open final is clearing, though. Top seeds in his half of the draw – No. 4 Zverev and No. 5 Marin Cilic – are out.

Denis the Menace will play world No. 19 Pablo Carreno Busta in the fourth round on Saturday.