Documentary Shake the Dust is directed by former journalist-turned-documentarian Adam Sjöberg. The film shows that hip-hop culture can be found in conflicted “third-world” communities and slums around the world.

Break dancing is not just random movements to beats. It’s the language of the human body and for the people we meet in the film, it’s a dance of hope. Although these dancers are separated by cultural boundaries and individual struggles, they have one thing in common that brings them together and that’s hip-hop culture. 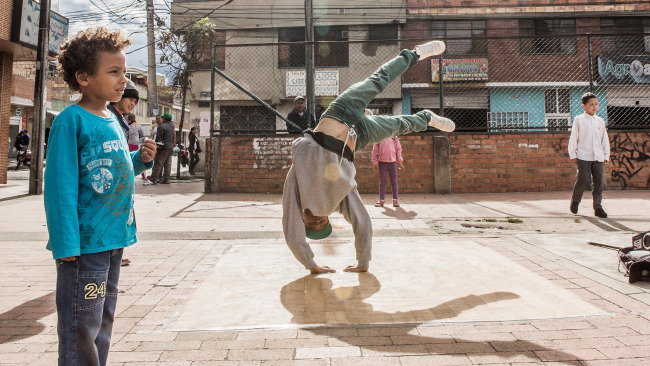 You can find b-boys and b-girls break dancing in most cities. Here in Vancouver the scene is thriving and has become a staple at most dance studios as kids are trading in their ballet slippers for Adidas kicks.

Hip-hop and break dance came from the slums and ghettos of the Bronx, New York around 1980. Like the blues and jazz before it, hip-hop culture came from poverty and the struggles of minorities.

It became the voice of a generation that told of stories of hope and hardship. Fast forward to present day and the scene can be found all over the planet but it has been a saving grace for some of the toughest slums on earth.

The film takes us to places like Yemen where most of us only see what our local news channel shows us. It’s unfortunate but when most people think of Yemen the first thing that comes to mind are crazy terrorists not kids throwing down dance moves on top of sand and rubble.

You can’t separate breakdancing from hip-hop. Hip-hop is the soul of the people, the voices and music that embrace the people’s hearts.

The documentary showcases dance crews from the slums of Uganda, Yemen, Cambodia, and Colombia and they give us their personal stories about how dancing has saved them from gang life, drugs, and prison. There are some pretty heart-wrenching stories of orphans who have had to make it on their own from a young age but it was the art of the dance that allowed them to find themselves and survive. 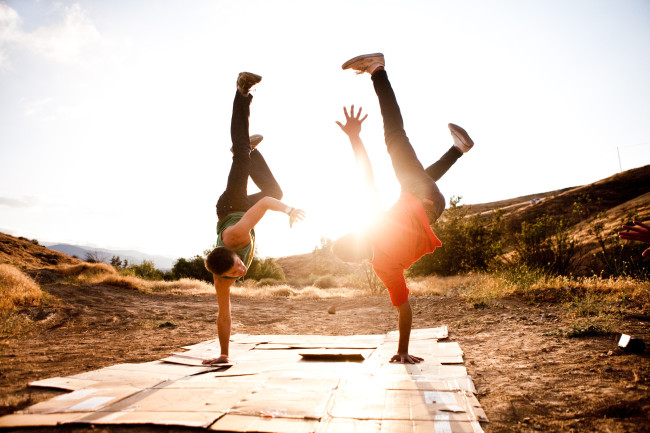 We live in our little bubbles here in North America and while we do have our own ghettos, nothing compares to what a lot of these kids have had to live through and deal with on a day-to-day basis. Instead these b-boys and b-girls practice anywhere they can. They try and perfect their skills and we’re not just talking about complicated dance moves but skills to be better people, and skills to teach others the value of community and love.

That’s the best thing that comes out of this documentary: it’s hearing all of these great stories and seeing the dancers making something out of themselves and giving back to their communities.

We know we can’t dance our way out of poverty but breakdancing fills our hearts with hope because with breakdancing you feel you can do anything.

The cinematography is stellar and it really does a phenomenal job of taking you into these different cultures and presents a backdrop for some sick dance moves. You can’t have a film about hip-hop without a fantastic soundtrack. You’ll be bopping your head to some rap classics and some original tracks from rapper NAS (Nasir Jones) who was also the executive producer of the film. 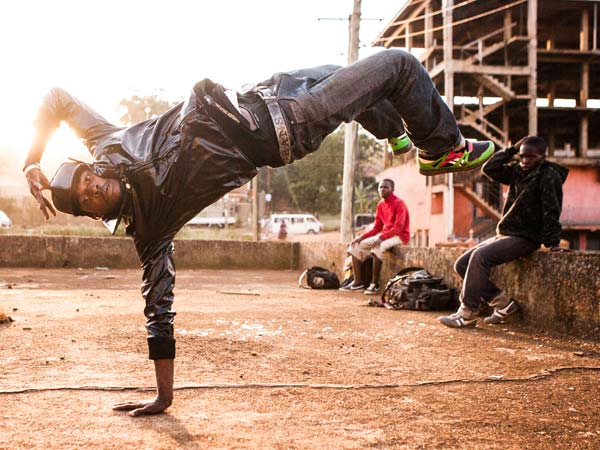 The film is fascinating to watch whether you are into hip-hop or not. To say it’s inspiring is an understatement. I highly recommend checking this documentary out. Currently you can view the doc on Vimeo on an exclusive 30 day viewing window. It will hit select theatres and VOD platforms like Itunes on May 19th. Go to shakethedust.org for more information.

I’m definitely giving Shake The Dust 4 out of 5 rain drops and is easily one of the best documentaries of the year.