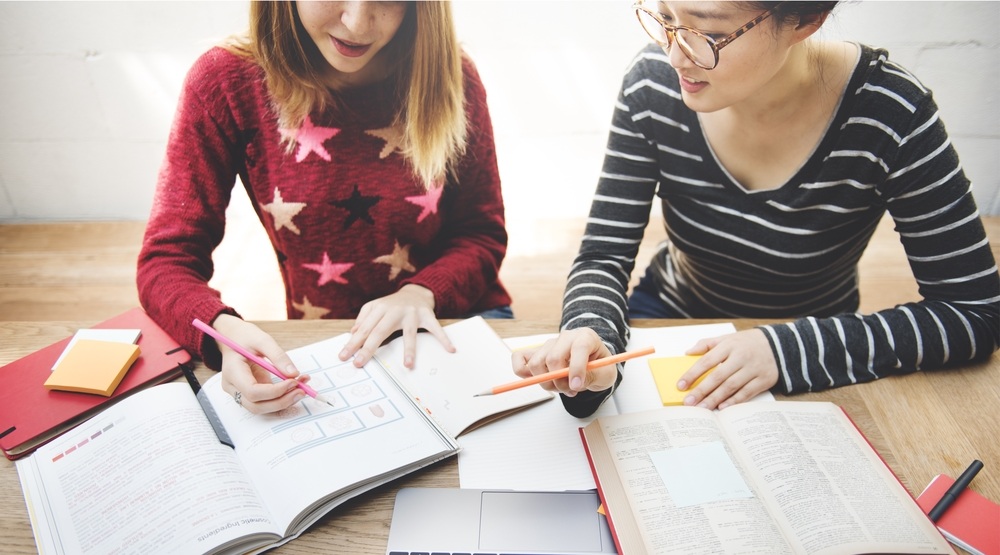 Most students dread exam time – the awful cramming the night before, wishing you had studied longer and mostly just feeling exhausted, longing for the semester to finally be over.

One SFU instructor, Tara Holland, is changing things up, and is allowing students of this semester’s GEOG 104W course to take part of their final exam in groups of three or four.

The final exam on April 11 is part of a a two-stage collaborative exam that requires the students to first take the exam on their own, and then take the same exam again in a group.

All students in the group must agree on the final answers, and each group only hands in one exam. The individual exam is worth 85% of the student’s grade, and the group exam is worth 15%.

In a release,  Jacob Tng, a GEOG 104W student who took his mid-term as a two-stage collaborative exam, explains the impact it had on him.

“I don’t feel the same uneasiness that I get from other exams because I’m not constantly wondering what I got wrong,” said Tng.

Tng also said the group aspect helped him immediately pinpoint the incorrect answers, and quickly figure out the correct one–preventing him making the same mistakes twice.

Holland believes the group exam reinforces the value of collaboration while reducing stress, as it focuses less on memorization and more on actually comprehending the material.

“The fact that the exam becomes a learning experience rather than simply a testing tool is the main reason I do this, along with the lessened exam anxiety for the students,” said Holland in the release.

While most might think this means less studying, students from Holland’s class actually found the opposite when taking the group exam for their past midterm.

Most of the students felt encouraged to study even more, so they could better contribute and not let their fellow classmates down. Happy studying!