UPDATE at 2:30 p.m. – The situation is now clear, the roads in the area have been reopened.

Vancouver Fire is currently dealing with a Hazardous Materials situation on Pender Street between Howe and Richards, causing the shut down of all vehicle and foot traffic.

The HazMat Team was called after a witness spotted steam coming from several storm sewers along Pender St. Though the grates are often emitting steam, the Fire Department is testing the steam to ensure it is not currently harmful.

Multiple fire trucks and HazMat vehicles are parked on Pender St. and crews have shut down Seymour St. from Dunsmuir to Pender and Pender St. from Howe to Richards. No vehicles or pedestrians are being permitted to enter the area. 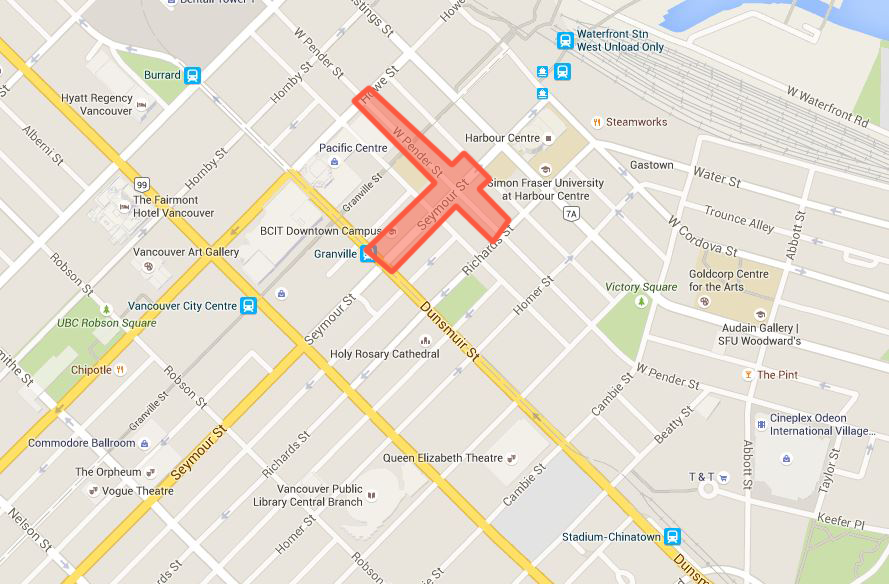 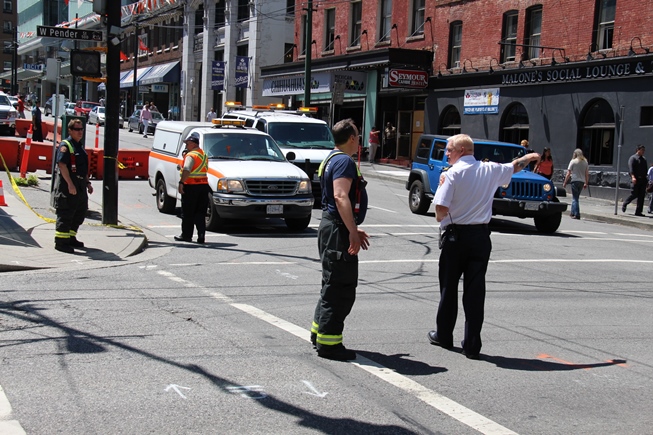 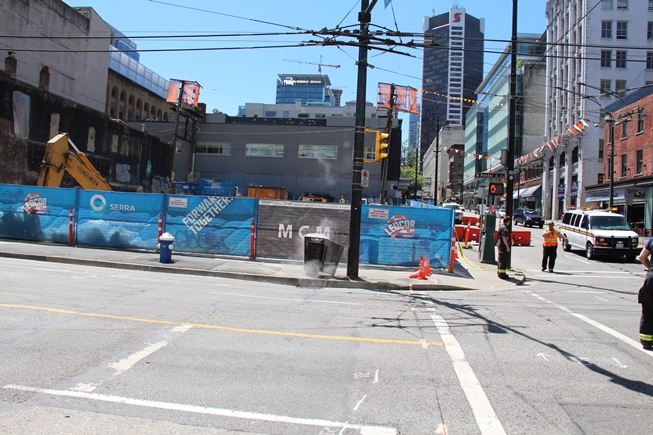 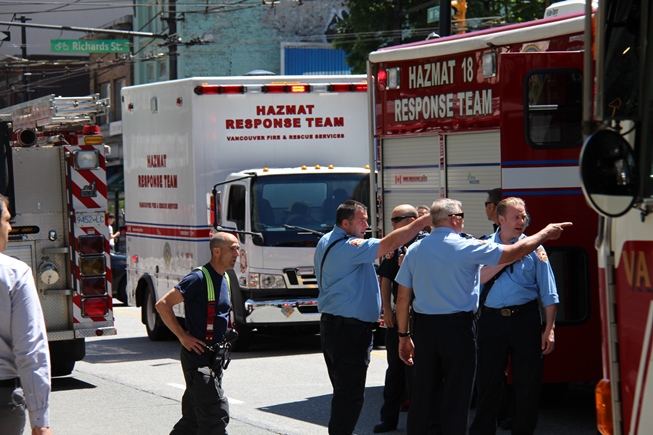 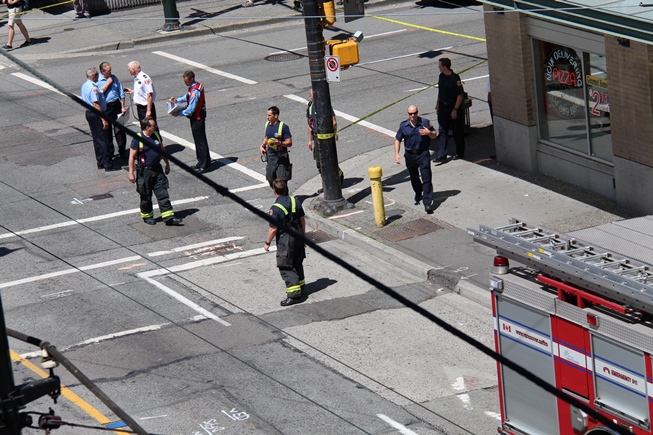