Miss Shakespeare is a new Canadian musical, with book and lyrics by Tracey Power, music co-written with Steve Charles and direction by James MacDonald. The production is a collaboration between two local companies, Escape Artists and Musical Theatre Works. Set in the 1600s, this is the story of Judith Shakespeare and her Gossips, who challenge the fact that women can’t take to the stage by creating and performing their own underground plays. Rebelling against the blatant sexism of the time, Miss Shakespeare is a brave and passionate approach in showcasing feminist values and sexism that is still relevant today.

The set is effectively simple, made up only of a few chairs and a rustic bar. As the audience enters, the minimalist band, featuring a piano and a standup bass, plays background music as the empty stage slowly fills with fog. The show opens with a saucy number, ‘Passion’, where the four Gossips take to the stage shrouded only in white sheets.

Judith presents the idea to her group of friends, the Gossips, that women should be allowed to be actors as well: “Let a lady play a lady for once”. She expresses that women also “have a voice to be heard”. What follows is a journey of rebellion and self-discovery.

The intimate atmosphere of Performance Works is the perfect environment for this work as the actors’ proximity to the audience reflects well on the brashness of the piece itself. The lack of microphones is effective as it forces the women to project and employ parts of their voices that reveal the rawness of the subject matter and puts emphasis on the words rather than the quality of their voices. 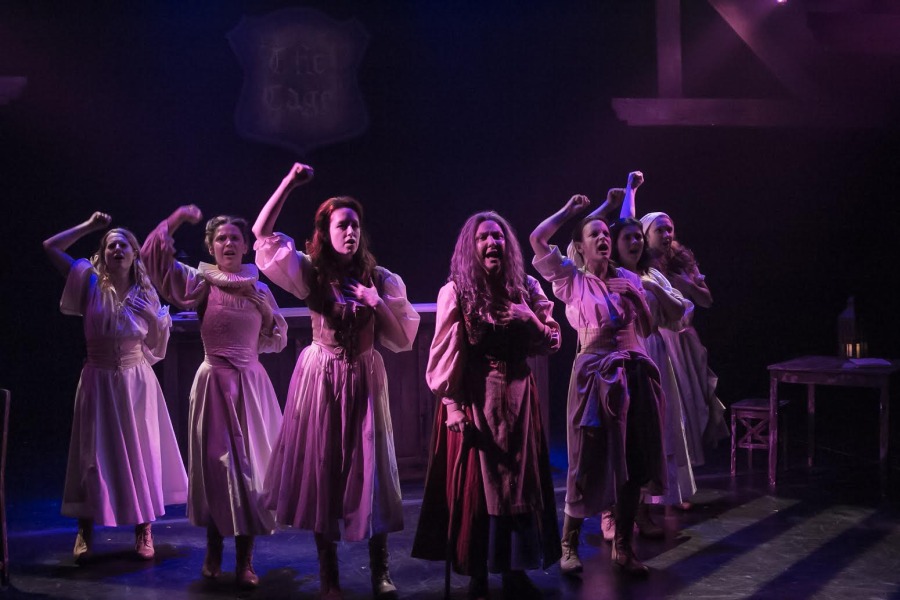 Harmony is used just enough for the songs to sound full and dynamic, and even though the singing of the actors isn’t the strongest from a technical standpoint, the raw vocal quality lends itself perfectly to themes of the show. It doesn’t matter what they sound like as long as they’re being heard. The music in the show is humorous and heartfelt, reminiscent of the sound of the European underground cabaret. At moments, the musical numbers are loud, full-bodied and lively (‘Acting the Gentleman’) and others are quiet and heart-wrenching (‘Littlest Soldier’). The choreography is effectively minimal but sometimes awkward on the actors’ bodies. Whether this is intentional or not, it’s surprisingly not distracting and even makes the movement that much more powerful.

The ‘show within a show’ convention is well used as a moment of comic relief amongst the darker themes of the show. The physicality of the actors is employed perfectly with minimal props as the Gossips put on their first show for the public.

Incrementally throughout the show, William Shakespeare himself shows up in a ghostly fashion, reminiscent of Hamlet, to talk to his daughter about her rebellious actions. He doesn’t approve of Judith and her Gossips performing, but Judith objects to her own father’s writing of women by declaring, “You write about us like you know who we are.” 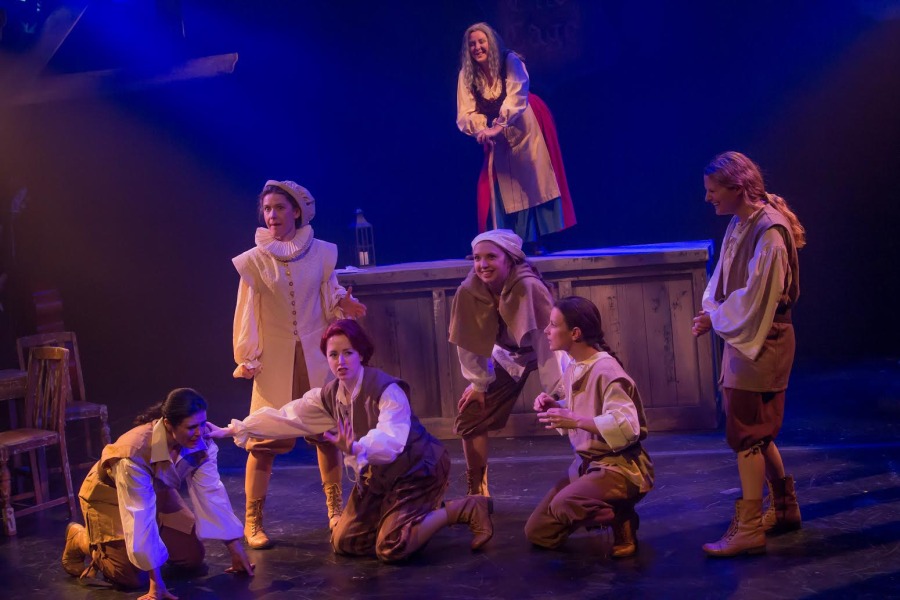 Themes like abuse, sexuality and fertility are tackled with honesty and raw integrity. The audience is brought along on a feministic journey with Judith and her Gossips that remains relevant to today’s struggles to reach a world of gender equality. This is a story of suppression and fighting for what you believe in, no matter what the cost. As Judith Shakespeare says, “I want to create something no one would ever believe was created by a woman.”

Presented by a daring creative team and a group of immensely talented and dynamic actors, this new Canadian musical is not to be missed.

Miss Shakespeare continues its Lower Mainland run at the Kay Meek Centre May 21 – 29 at 8pm, alternating with the Escape Artist’s all–female adaptation of Julius Caesar, J. Caesar. Tickets available online and at the door.