A Texas couple had their meal paid for by a generous waitress after she learned their baby had died just four weeks earlier.

Kayla Lane, a server at West Side Cafe in Forth Worth, told CBS DFW that she remembered Shaun and Debbie Riddle, even though they hadn’t been into the cafe for a while.

She also remembered they had just had a baby girl named Glory and asked how she was doing.

“They kind of looked at each other and were very silent,” says Lane.

The Riddles told her their little girl had died a month earlier. At nine weeks old, she didn’t wake up from her nap, and they still aren’t sure why. 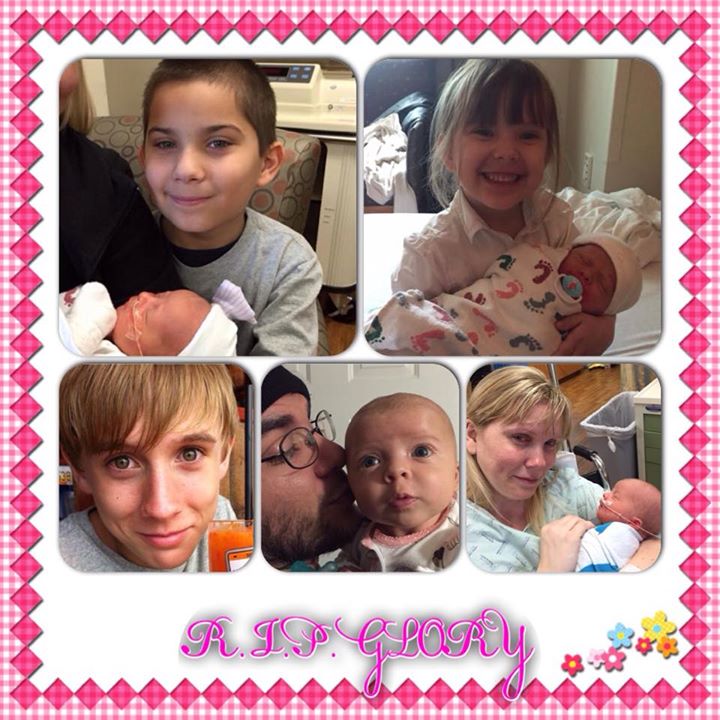 When the couple received their cheque, it said “Your ticket has been paid for. We are terribly sorry for your loss. God Bless – The West Side.” 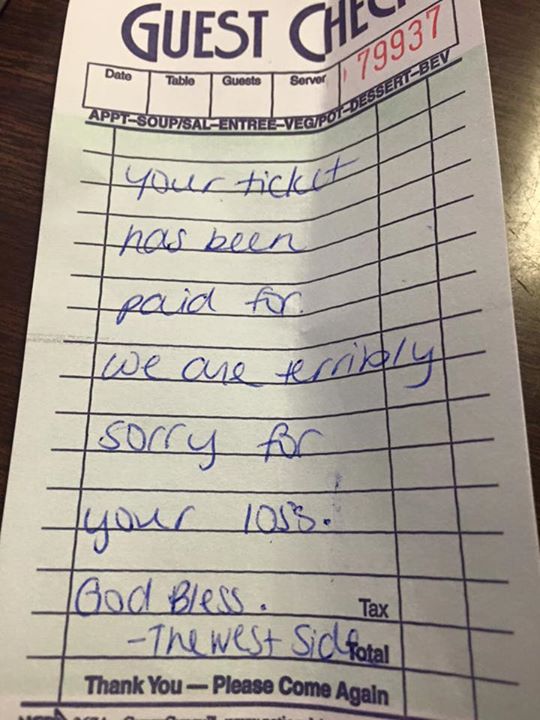 But that was a little white lie – Lane paid for the bill out of her own pocket, and it isn’t the first time she’s done it.

“Like with military, firefighters,” she admits to Andrea Lucia, adding “I feel privileged that I’m able to do it.”

And for Debbie, a little act of kindness goes a long way.

“We were grateful to see that there are good people in the world and that people want to help.”