War for the Planet of the Apes is not only one of the best films of 2017, but it contains an Oscar-worthy performance by Andy Serkis that would be a travesty to ignore.

I’ll admit, I was a skeptic back in 2011 when Fox rebooted the iconic Planet of the Apes franchise with Rise of the Planet of the Apes. I remember watching at home and was prepared to curse James Franco’s name.

Surprisingly I loved it and so Franco was safe. 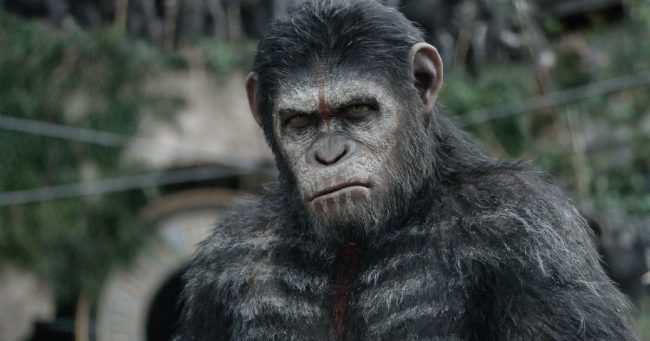 In 2014, Matt Reeves took over as director and made one of the year’s best films in Dawn of the Planet of the Apes, and my curiosity quickly changed to, “holy crap this is f###ing awesome!”

The sequel not only out did its predecessor, but after this third instalment, it has made me extremely excited about the future cinematic goodies we may get from Matt Reeves and writer Mark Bomback.

This is not only the greatest Planet of the Apes film ever made, but it puts a stamp on what could be considered one of the best science fiction trilogies to come along since Star Wars. I know that’s a bold claim, but it’s extremely rare in today’s modern cinema that each film in a trilogy works at this level. Let’s put it this way, it’s in an exclusive club.

War for the Planet of the Apes tells a simple story but it contains many layers. On the surface, it is a tale of revenge where Caesar (Andy Serkis) tries to contain his inner King Kong from snapping humans in two and you wouldn’t really blame him for doing it either. It’s that inner turmoil between going all crazy monkey on human ass or being a pacifist leader that needs to save his people. It’s that internal struggle where you really start to emotionally connect with the character.

On the other side is a crazy rebel leader named Colonel, played creepily by the great Woody Harrelson. His goal is to cleanse the world of apes and maybe a few other humans for good measure. Colonel also realizes that those furry varmints also make for cheap labour, especially when you need to build a large wall.

This is a dark and somber movie that is low on action, but big on character development and story. But do not fret, there are some great scenes of apes wielding machine guns to keep you interested along with some nice subtle nods to other great war films of the past like Apocalypse Now.

You get a nice blend of action and drama and that’s what “I appreciates about it.” It’s a war film that we get to experience through the eyes of the apes, and it’s trippy to feel more sympathetic towards monkey than our own species..

Even though some of the apes don’t talk much, we experience the emotion through their expressions and grunts thanks to the brilliant work of Weta Digital’s visual effects. 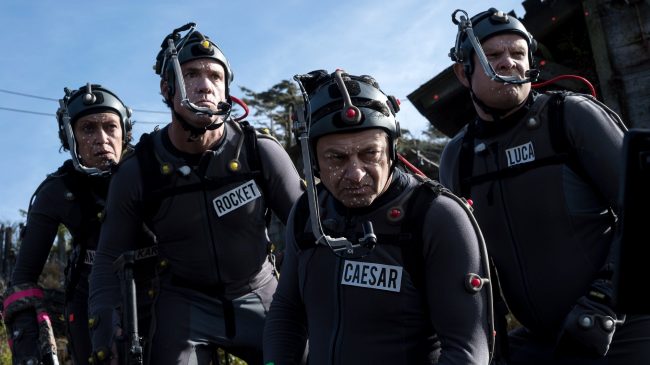 To reach that kind of brilliance you need actors who can bring life to those characters and nobody is better than the master Andy Serkis. He should and undoubtedly be the first actor to receive an Oscar for what he does with little white dots on his face.

Serkis brings both ape and human to the role of Caesar and to fully appreciate his work I recommend one day going back and revisiting this trilogy and watch the character evolve.

Serkis isn’t the only bright light here. There are other great mo-cap performances from the likes of Steve Zahn who brings humour and heart as a chimp named “Bad Ape”, along with amazing performances from Karin Konval and the great Terry Notary.

So is this it for Planet of the Apes?

No. This might be the end of this story, but there are more tales to tell. Maybe they completely redo all the originals? Whatever Fox does, there is a lot to play with thanks to the masterful work that has been started with this reboot.

I get to throw 5 pieces of popcorn at this film. Do yourself the service of seeing War for the Planet of the Apes on a very large screen. Well worth your money.

Playing at a theatre near you. Rated PG-13 and is 140 minutes long.