A serious collision occurred late this morning when an ambulance collided into a CP Rail freight train running through Langley.

According to RCMP, the incident happened just before 11:30 a.m. at 216 Street and Glover Road. All roads in the area area closed in all directions and two air ambulances were deployed to the scene.

One paramedic in the rear of the vehicle was transported to hospital in stable condition while another patient who was airlifted out of the area is suffering from life-threatening injuries. There were no injuries to anyone onboard the train.

At the time, the train was traveling northbound and because of its length, the Langley Bypass at Glover Road is also closed to vehicle traffic.

CN Rail staff are at the site of the incident to assist with the investigation being conducted by the RCMP’s Integrated Collision Analysis and Reconstruction Service. 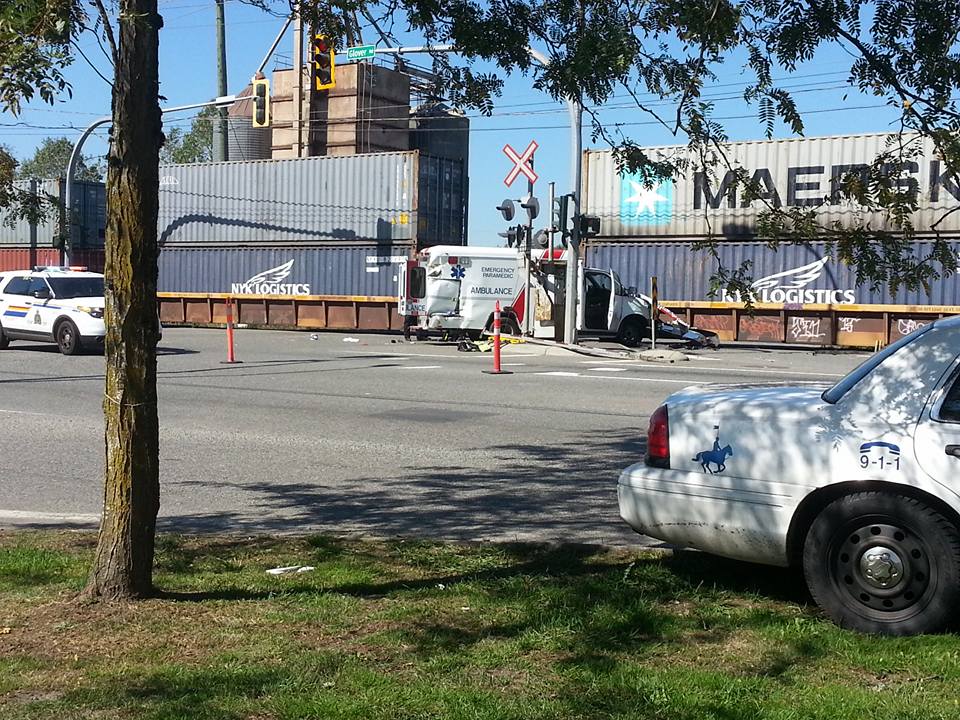 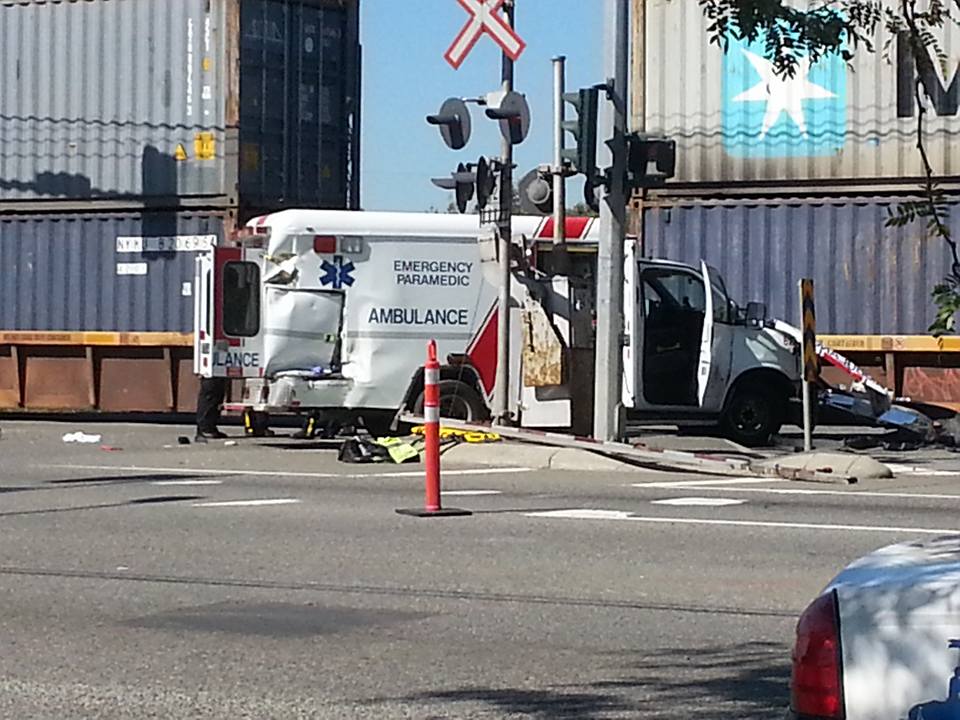 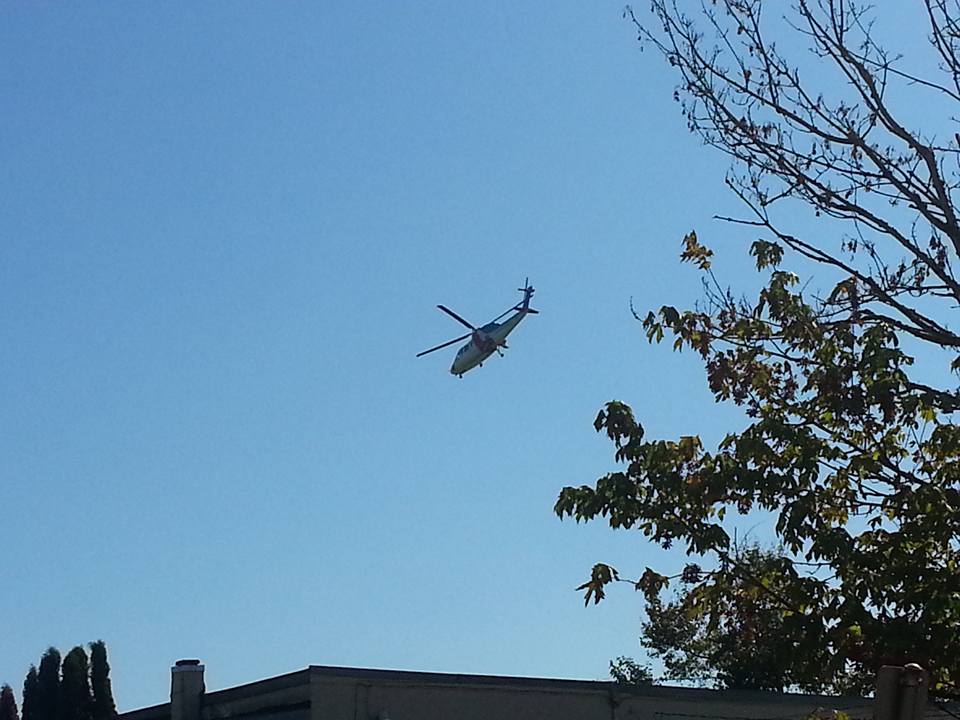 #breakingnews an ambulance hit a train at 216 St and Glover Rd in #Langley pic.twitter.com/RH08iZLu44

The scene where a train and an ambulance collided in Langley. pic.twitter.com/WY97aewcyI

This is the ambulance that got hit in #Langley by a train. Hard to see but doesn’t look badly damaged. pic.twitter.com/9lqrcHwhOv

Snuck up close to the scene and have now been told to back away. #Langley train hit ambulance.Train alarm still going pic.twitter.com/FjcSUFwrIe — Anita Bathe (@anitabathe) September 11, 2015

Trying to see the other side through bottom of train. Debris from ambulance on ground. #Langley pic.twitter.com/8hzqgh0NMu — Anita Bathe (@anitabathe) September 11, 2015

2 airlifted to hospital, one other person injured in ambulance vs train crash at 216th & Glover in Langley. #cbc pic.twitter.com/Xu67V7QkxP — Jesse (@Jesse_Johnston) September 11, 2015