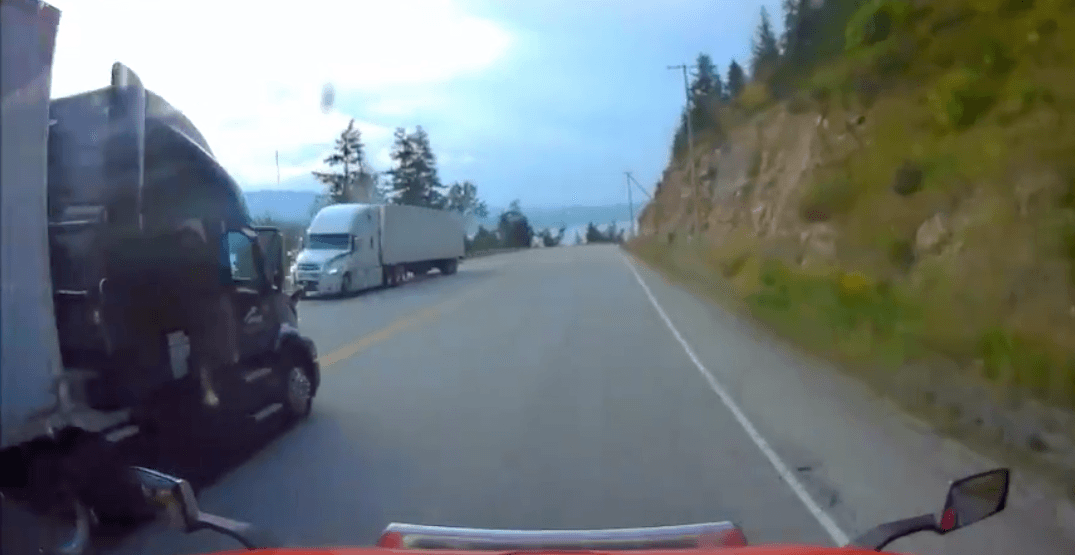 A close call between a semi-truck and a car on a highway in the BC Interior was captured on dashcam and shared online, recently.

The footage, which reportedly took place near the town of Salmon Arm, shows a semi passing another truck on a solid line, and using the left-hand oncoming lane to complete the manoeuvre – as another semi-truck drives by.

The semi then narrowly misses another car as it makes its way back into its own lane.

The person who posted the video tagged the BC Ministry of Transportation, and called out the name of the truck company, STRYDER Transport, based out of Richmond.

STRYDER Transport on Saturday morning, Riskes Lives kms from Salmon Arm BC, then turns into Walmart, wonder what was worth risking lives over 🤔 @TranBC #bcroads pic.twitter.com/rCSAOHV8XB

In response, STRYDER tweeted that it has identified the driver in the video and taken him out of service.

“He will never drive for us again,” the company adds. “We apologize to everyone affected by this misconduct as it is not reflective of our company’s values or safety policy.”