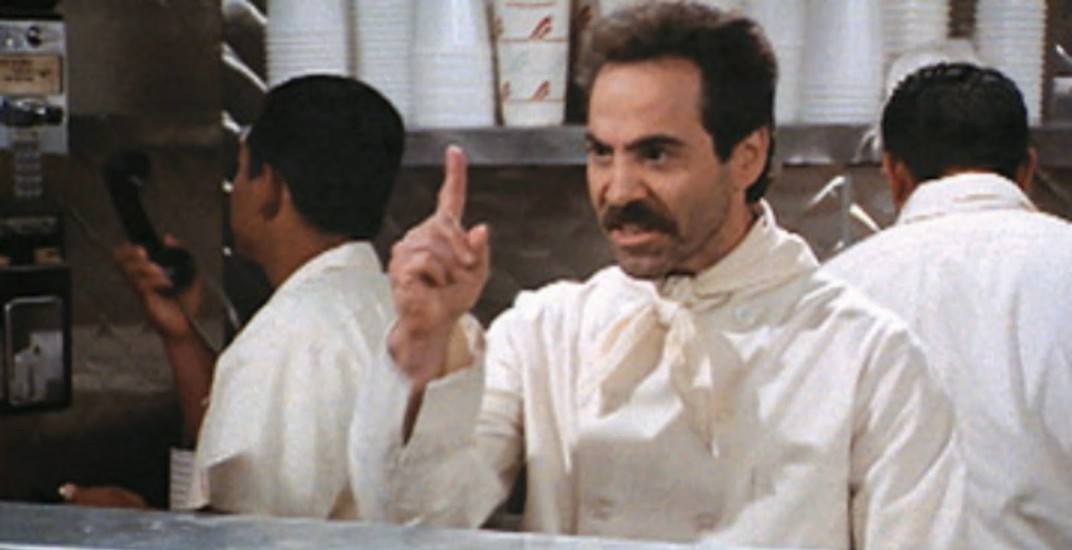 Larry Thomas portraying his role as the 'Soup Nazi' in Seinfeld. (NBC)

There will be soup for everyone at a popular deli in New Westminster in support of those who have been affected by the wildfires in BC.

Larry Thomas, best known for his role portraying the ‘Soup Nazi’ in NBC’s Seinfeld sitcom, will be serving soup today at the Greens and Beans Deli at 143 East Columbia Street.

All soup sale proceeds will go towards people who have been affected by the wildfires.

As of yesterday, there are 140 active wildfires burning across the province, with nearly $280 million already spent in efforts to suppress the fires, according to the BC Wildfire Service.

This is the second worst wildfire season in BC since 1950 in terms of the geographical area burned and the number of fires that have started.