The seven-pound miniature pinscher stolen from a Surrey home Monday is back with its very relieved owner after being found safe and sound in another city.

Rhiannon Rabby left her home in the Guildford-area for work at 1:15 p.m. and when her mom came home at 5 p.m. the dog, named Cali, was gone.

Nothing else was taken from the home, even though Rabby had $100 on her dresser in her bedroom.

Neighbours reported seeing a man in a black hoodie enter the house, but told Rabby he didn`t look suspicious or unfamiliar.  Rabby believes he may have entered the home through an unlocked window because there was no sign of a forced entry.

Rabby said she received a call Tuesday afternoon from the Delta Animal Shelter saying that they had a dog that matched Cali’s description.

She said the dog was taken in to the shelter after being spotted in a Delta park last night.  She has no idea how the dog got there, and is just thankful that her beloved three-year-old pet is home.

Rabby is grateful her dog is micro chipped, saying the shelter was able to contact her veterinarian after scanning the chip. 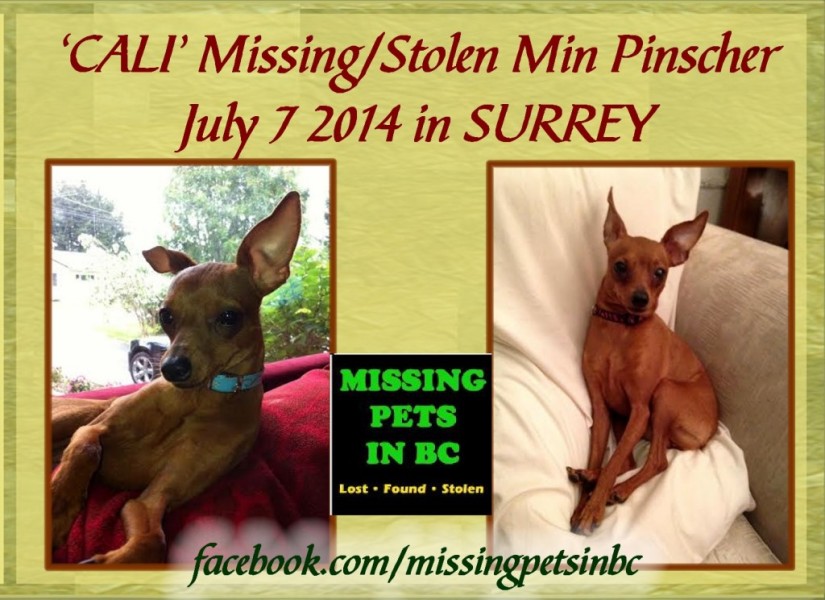