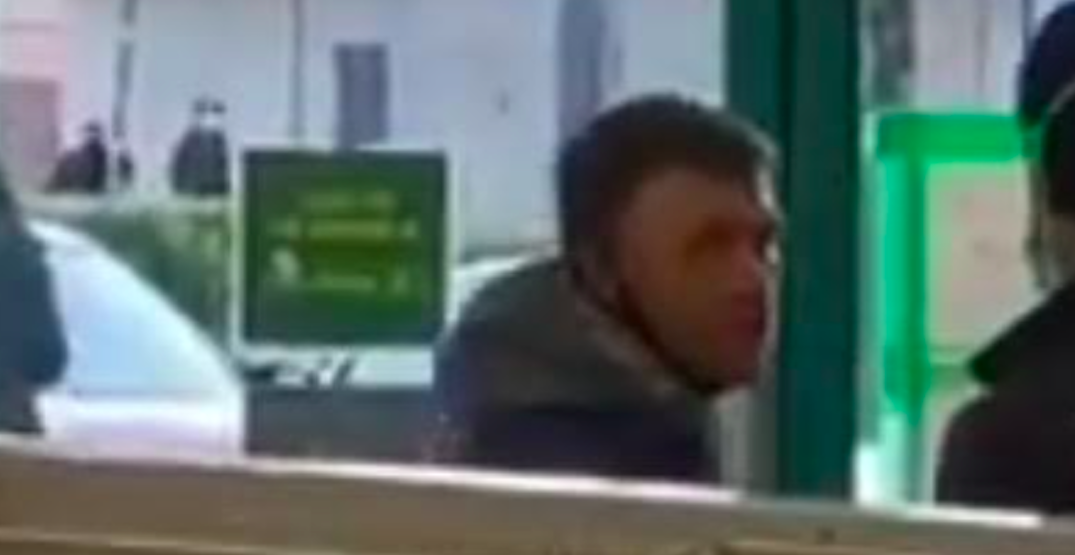 Surrey RCMP is seeking assistance with furthering an investigation into a recent assault in which a security guard was allegedly spit on at the Dollarama store in Guildford Mall.

In a release on Thursday, police said they began investigating the assault after receiving a copy of a video from members of the media who found it online, and the incident had not yet been reported to the police.

“The video shows an unmasked man spitting in the face of a security guard who was escorting him from the store,” police said.

And while police have now identified the security guard’s employer and learned the incident occurred on April 6, 2021, at approximately 5:30 pm, they are now seeking the public’s assistance in identifying the suspect of the assault.

They are also appealing to any witnesses, including the person who filmed the video, to come forward to help advance this investigation.

“The video of the assault on the security guard was disgusting,” said Surrey RCMP Supt. Manly Burleigh. “This type of behaviour is unacceptable – we urge anyone that has experienced this type of violence to report the incident to police.”

Those who wish to make an anonymous report can contact Crime Stoppers at 1-800-222-TIPS.