Smoke from a forest fire in Sechelt on the Sunshine Coast caused a spectacular sunset Thursday evening, with smoke particles filtering out certain light colours.

As of yesterday, the fire in the area was five acres in size and growing. Ground crews and helicopters are at the scene attempting to contain the blaze.

Further south on the east coast of Vancouver Island, another fire has also been blazing near Nanaimo Airport. The 50 acre fire, which is being fought by ground crews and waterbombers, has prompted the evacuation of at least a dozen homes.

Both fires are expected to contribute to Metro Vancouver and the Fraser Valley’s deteriorating air quality.

There setting up for the Weeknd concert and the #Fusion festival down below, pretty sure the out-of-towners were blown away by the sunset tonight…it was spectacular… I should know I was there 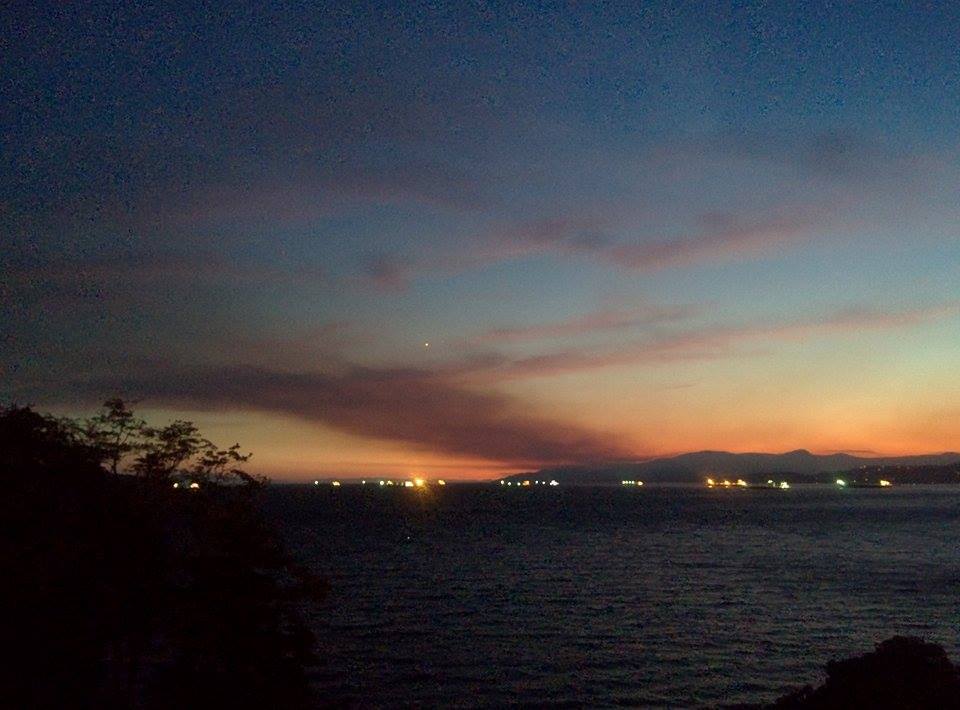