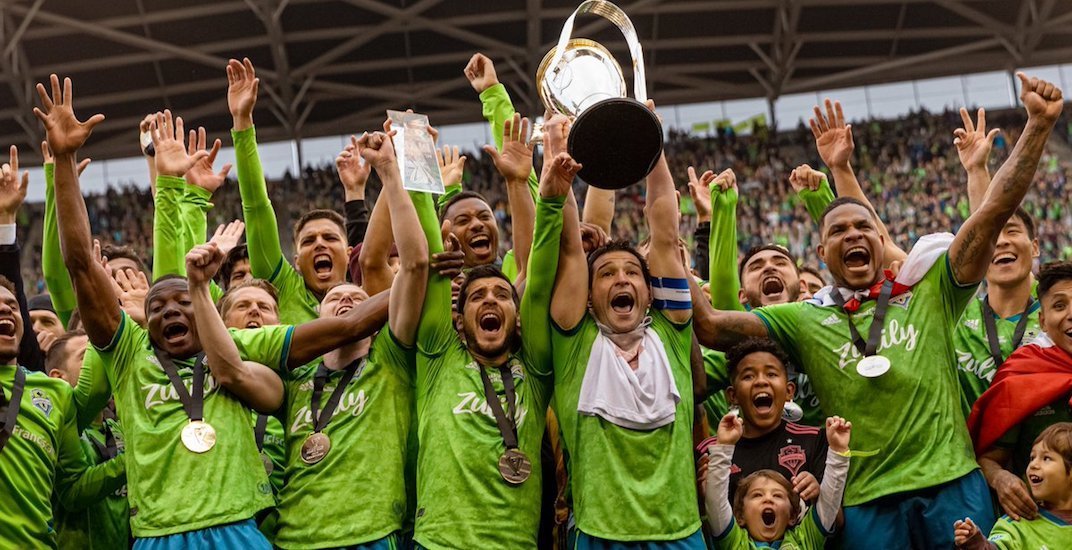 The Seattle Sounders have won their second MLS Cup in four years after a 3-1 win over Toronto FC. A raucous crowd of 69,274 was on hand at CenturyLink Field in Seattle, as teh Sounders scored three consecutive second half goals to secure the 2019 MLS Cup.

We are the 2019 MLS Cup Champions! pic.twitter.com/PsLl7WAQtq

The hearts of Toronto FC supporters broke in the 57th minute when Seattle scored off of an own goal. Seattle’s Kelvin Leerdam had his shot strike the knee of defender Justin Morrow before finding the net.

The wheels quickly fell off Toronto FC as second half substitute Victor Rodriguez, who was later named MLS Cup MVP, curled home a strike in the 76th minute to give the Sounders a commanding 2-0 advantage.

IT SIMPLY HAD TO BE!

As if that wasn’t enough, Raul Ruidiaz added a dagger off an over the top pass from Gustav Svensson. Seattle was in cruise control ahead 3-0, while Toronto FC was left reeling.

The long awaited return of Jozy Altidore came in the 67th minute, but he wasn’t enough to spur Toronto FC to a miracle comeback. Sidelined with a quad strain, Altidore made his first appearance since October 6.

The 30-year-old was able to score in the 93rd minute, but Seattle had the match well in hand.

Toronto FC dominated the opening half with 65% possession, but they could not find a goal. Jonathan Osorio and Nicolas Benezet were particularly dangerous on the left flank, in Toronto’s 4-3-3 formation.

“We played, and we dominated the game,” Altidore said post-match. “We have the game, we’re creating chances, there’s a foul on Osorio. We know the standard of MLS refereeing is next to horrible. You can’t count on them bailing you out on anything.
“Then it’s a lucky deflection, I’m not taking anything away from Seattle. They know how to counter, they know how to absorb pressure, and create. Credit to them, they did it again to us tonight. It’s a tough pill to swallow.”

It was a cagey first half defensive battle as neither team was willing to give an inch. Seattle fed off the roar of the crowd, but it was Toronto FC who weathered the momentum Seattle had hoped to build.

TFC created enough scoring opportunities, but they lacked finish in the final third. Seattle was sharp enough defensively to keep Toronto FC from scoring in the first half. The Sounders’ offence seemingly flipped a switch, and woke up in the second half.

Did you feel the shake at @CenturyLink_Fld? Experts say the 2nd goal saw the most seismic activity, according to @PNSN1. #komonews #MLSCup @SoundersFC pic.twitter.com/m9X2MF9xRe