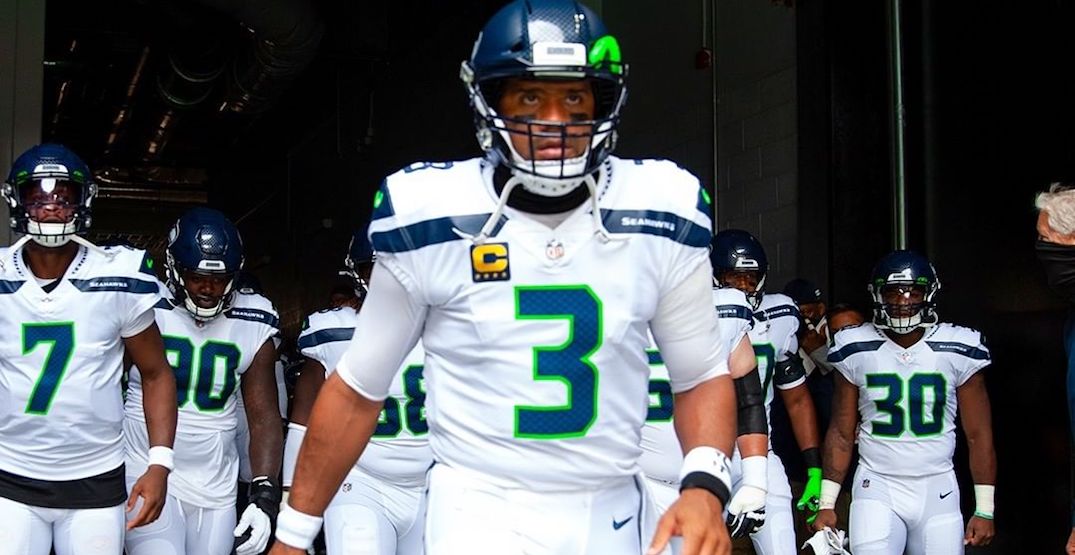 Due to COVID-19 concerns with another team, this weekend’s Seattle Seahawks game will be getting national exposure.

Coming off their bye week, the Seahawks’ road game against the Arizona Cardinals has been moved to Sunday Night Football, beginning at 5:20 pm PT on NBC. It’s a big game for the 5-0 Seahawks, who are one of three undefeated teams in the NFL but have the Rams and Cardinals (both at 4-2) chasing them in their division.

The following schedule changes have been made for Week 7: pic.twitter.com/arQi7dz2Em

The Seahawks-Cardinals game was moved into the nationally televised time slot due to coronavirus concerns with the Las Vegas Raiders, who were previously scheduled to play Tom Brady and the Tampa Bay Buccaneers on Sunday night.

The NFL and NFLPA are reviewing the #Raiders’ recent COVID-19 issues, including a positive test for RT Trent Brown, who they believe hadn’t been consistently wearing his tracking device, and video of offensive linemen hanging out together without masks, per sources.

The NFL said in a statement that they still expect the Raiders-Buccaneers game to be played as scheduled, but clearly the league wanted assurance that they wouldn’t go without a Sunday-nighter.

“These decisions were made out of an abundance of caution to ensure that a game would be available for fans on Sunday Night Football,” the NFL announced. “Scheduling decisions are made to ensure the health and safety of players, coaches and game day personnel and in consultation with medical experts.”

The next Seahawks home game is scheduled for Sunday, November 1 against the San Francisco 49ers. Unlike some other teams, the Seahawks have made the decision to continue not allowing fans to attend the game, following conversations with local public health and government officials.

“We remain hopeful that conditions will improve as the season goes on and will continue to keep fans updated on future decisions,” the Seahawks said in a statement.