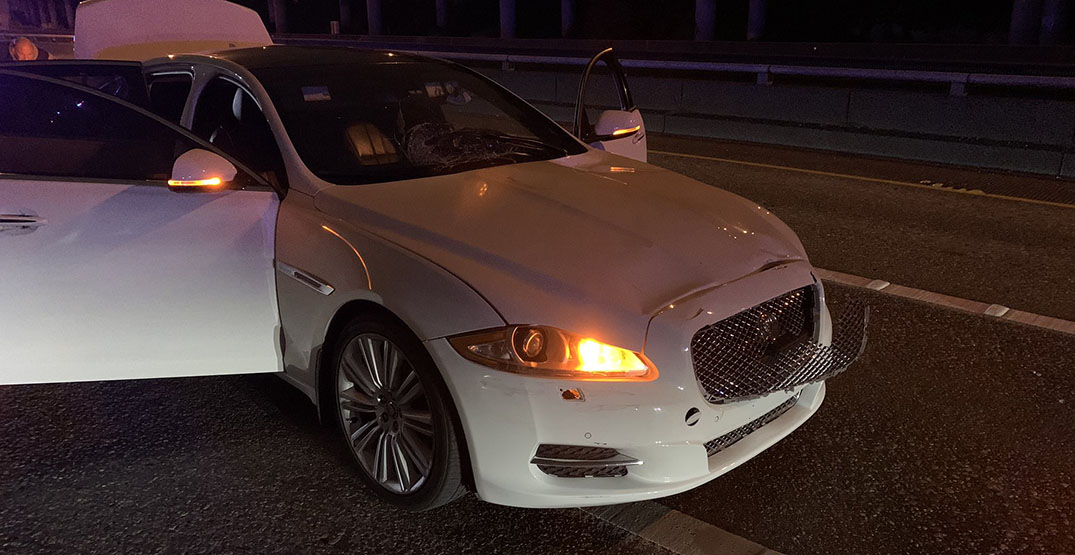 A driver broke through barriers to enter a closed Seattle highway early Saturday morning and hit several people who were part of a protest there.

Two women were seriously hurt and taken to hospital, one of whom has life-threatening injuries, according to spokesperson Rick Johnson with the Washington State Patrol.

I am on scene of the incident on I-5 and Olive way. A vehicle drove through the closure and struck multiple pedestrians on the freeway. Two people were transported to Harborview. One with life threatening injuries and one with serious injuries.

The incident happened just after 2 am, and officers stopped the driver and took him into custody.

Johnson shared images of the white Jaguar in question, including its grille that was bent out of shape.

Troopers are still investigating how the car got onto the close highway.

Here are two pictures of the suspect vehicle that struck two protesters on I-5 this morning. Investigation into motive and point of entry in to I-5 are still under investigation. pic.twitter.com/gU1QH6TFTu

Black Lives Matter protesters have been demonstrating on the interstate freeway for the last two weeks, and the demonstration Friday night and Saturday morning was part of a series of calls for justice over the death of George Floyd.