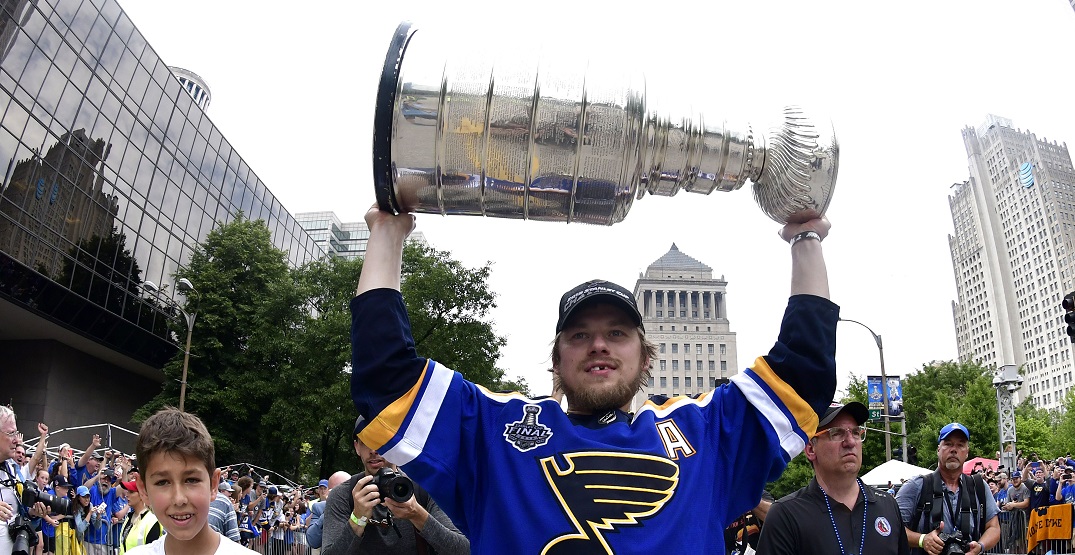 The Seattle Kraken are set to introduce their newest roster of players at Wednesday night’s expansion draft, and it isn’t the craziest idea that they could be competing for a Stanley Cup right away.

The Kraken will be picking 30 new players from the NHL’s various rosters, excluding the recently expanded Vegas Golden Knights.

Vegas themselves provided the blueprint for how the Kraken could compete in the NHL as an expansion team, making the Stanley Cup Final in their very first season in the league. Under the same expansion protection rules, the Kraken could be posted to do something similar with their inaugural roster.

This roster is projected to earn 105 standings points using @JFreshHockey’s roster builder, which was high enough to finish second in the Western Conference team in the NHL’s last full 82-game season back in 2018-19. Generous? Maybe. Would every pick make sense past just one season? Likely not.

But however the draft goes on Wednesday, it does seem clear that the Kraken can be a pretty good team simply by picking up everyone else’s scraps.

Let’s start at the front and work our way backwards as we project what the Kraken could look like if they’re going for it all right away:

There are a few big contracts here, and a lot of RFA negotiations to go through. But there’s still 10 forwards signed to NHL contracts next season: a great start for the new roster.

The biggest debate for the Kraken will be guys like James van Riemsdyk and Jordan Eberle. Both are big-name talents with impressive NHL resumes, but it is a fairly large chunk of cash to shell out for players who are in the latter half of their careers. If they do want to splurge on both though, it’s not impossible for them to make it work.

Max Domi is another gamble after a tough year in Columbus where he put up a statline of nine goals and 15 assists in 54 games. But if he’s able to return to his 72-point form he had in Montreal in 2018-19, he could be a heck of a talent for the Kraken.

Led by Mark Giordano, the Kraken can immediately build a solid budget defence. Every player on this list offers NHL experience, with Dylan DeMelo’s surprising exposure from the Winnipeg Jets helping along matters as a great contract for the team’s future. A name like P.K. Subban would have been fun for the Kraken to grab, but his $9 million cap hit is a turnoff even for a team starting at zero.

It’s not exactly clear which of these six (or seven) players will become Kraken regulars, but that’s a good problem to have for a competitive roster.

Carey Price’s cap hit is high, but he’s proven that he’s a heck of a goalie with his recent playoff performance. Kaapo Kahkonen could work as a great backup or tandem goalie, with Connor Ingram and Dustin Tokarski forming Seattle’s AHL duo. If the starting two spots are locked in, Vitek Vanecek could be used as a trade chip to shore up the rest of the Kraken roster.

Overall, the above roster comes through with $11 million in cap space to finish up their roster, but that’s before signing any of their RFAs. As is the case with any mock draft, we’ll have to make some assumptions about how those players will sign.

Additionally, just 23 names will make the final roster, with demotions and trades to shake things up before the season gets going this Wednesday.

Will all the contract negotiations go THAT smoothly? Unlikely.

It might be a big if, but if they can get everyone signed, the 23-man roster in September could look something along the lines of this:

It appears to be a decent roster on paper. Whether it’s good enough for the Kraken to win the Stanley Cup in year one remains to be seen.