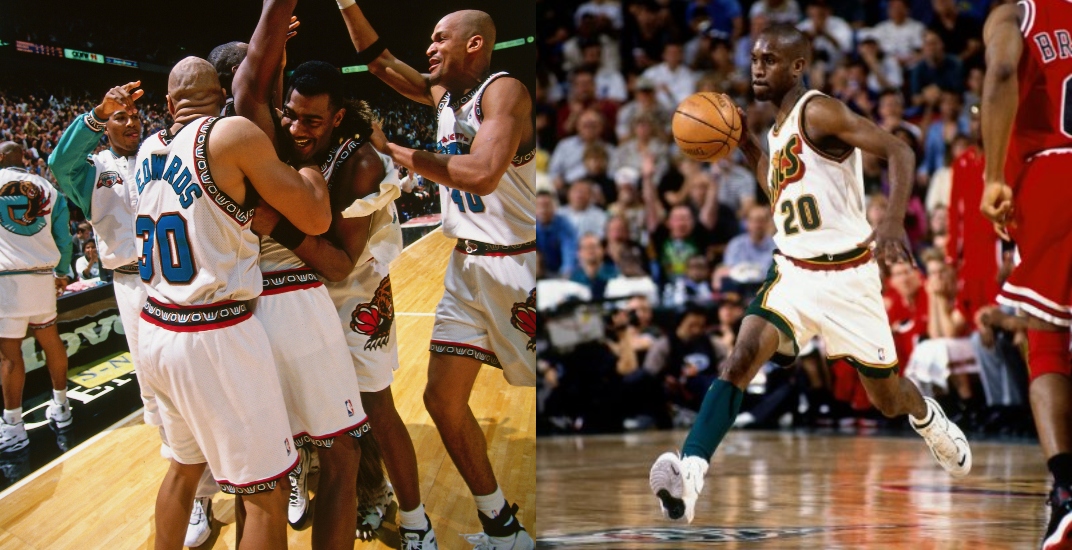 As Seattle marked construction (or reconstruction?) of the famed KeyArena which will play host a still unnamed NHL team in the 2021-22 season, it has brought up memories of the Seattle Sonics, the Emerald City’s NBA team which moved to Oklahoma City in 2008.

There’s no doubt about it: the NBA needs to move quickly to return basketball to Seattle. Seattle is a world class city that has faithfully supported its teams, through good times and bad. The atmosphere at any Seattle sporting event is bar none. Be it Seahawks, Sounders or Huskies, the fans always bring the noise. NBA leaving Seattle was one of sport’s greatest mistakes. While the Thunder have done fairly well in Oklahoma City, I don’t believe it was worth losing Seattle.

People in Vancouver will know this story all too well. We lost our team to Memphis in 2001. Every year, usually around preseason if Vancouver is hosting a game, people invariably clamour for the glory days of when the Grizzlies played here and not Memphis – a place where Grizzlies actually exist.

Here’s the thing: Vancouver isn’t a great sports city. It’s a great city, no doubt, but it’s fickle when it comes to its fan bases. Just look at hockey, our national pastime. As soon as the Canucks started missing the playoffs, empty seats did, too. The Lions have struggled with attendance recently, and the Whitecaps have ebbs and flows.

This isn’t a knock on the people of Vancouver, per se. Most cities that have a sporting franchise struggle to fill seats when a team is bad, but the good ones do. We should focus on the teams we have now, first, and get to a point where we show we can actually support teams through some dark times. Don’t forget, the last season the Grizzlies had here we were near dead last in attendance.

And before you attack me with comparable across North America: I think any city that struggles to fill seats should consider elsewhere (hello, Vegas). If you don’t love me at my worst, do you deserve me at my best?

There’s no doubt an NBA team in Vancouver would have financial challenges. In order to be competitive, an owner would need to spend well over $100-million a year (USD), and it’s questionable if there is enough corporate sponsorship in this region to support two teams in the Big 4 leagues (NBA, NHL, NFL, MLB), especially with the Canadian dollar so low. And as we saw last year with the Kawhi Leonard saga, Canada just really isn’t a desirable place for American NBA players to live.

Remember the look on Steve Francis’ face when he was drafted by Vancouver? What are we going to offer our draft picks, a ski pass to Grouse and gift cards to Cactus Club?