As part of Blueprint’s Seasons Festival, Vancouver-based label Monstercat is hosting a showcase featuring some its finest chart-topping electronic artists.

The label showcase, which takes place on March 24 at Celebrities, is part of Seasons’ celebration of the local community and arts scene. “Seasons represents more than just a series of local events,” said Mike Darlington, CEO at Monstercat. “It’s Vancouver’s opportunity to not only showcase local art, music & entertainment but also develop our talent’s recognition on a global scale.”

Darlington and his team are pioneers in their field, with a dedicated global fanbase that look up to the label for their #1 albums and their own showcases of up-and-coming talent. “The curators that have been chosen for this year’s Seasons embody Vancouver’s art scene and we’re proud to be a part of it,” Darlington told Vancity Buzz. “This is the one time a year where I am able to see all of our local friends, fans and family out together. It’s an exciting time and unbelievably important to ourselves as we develop within our home, Vancouver.”

And to get that excitement rolling, here are the artists featured at Monstercat’s upcoming showcase.

Canadian babes Botnek released their first EP Plonk back in 2011. They have since collaborated with and were supported by artists like 3LAU, Skrillex, Diplo, and Adventure Club. The Botnek boys were the only artists to co-produce with Zedd on his album True Colors. If that isn’t enough, their live shows are energetic and unpredictable. But that’s what you get with these two dudes from Nova Scotia.

Another Canadian babe making his way through the electronic scene is Conor Patton, or Conro. This talented producer grew up in a musical family, and plays piano, guitar and drums. His musical influences can be heard in his creative electro house style, which combines aspects or rock and disco. His debut release Axiom hit the top electro charts on Beatport in 2012, and his journey has not stopped since. Currently living on a chicken farm here in B.C., Conro is shifting away from the conventional boundaries of EDM and into a new undefined world of beats.

Scandinavian producers Pegboard Nerds are a Monstercat-bred pair. The duo, Alex Odden and Michael Parsberg, have a hardcore fan base known as #NerdNation- which is no surprise considering the pairing includes multi-platinum and Grammy award-winning Parsberg. With remixes of legends like Above & Beyond, Tiesto, and Armin Van Buuren, along with their original productions, it looks like #NerdNation will continue to grow.

You could say that UK’s very own Stonebank is not confined to any specific style. The 27-year-old producer, also known as Michael Stonebank, has been influenced by Drum & Bass and hardcore cultures. And along with his creativity, Stonebank has created a sound offering electro-beats unrestricted to genres. A man with no musical boundaries is bound to put on an incredible live show. 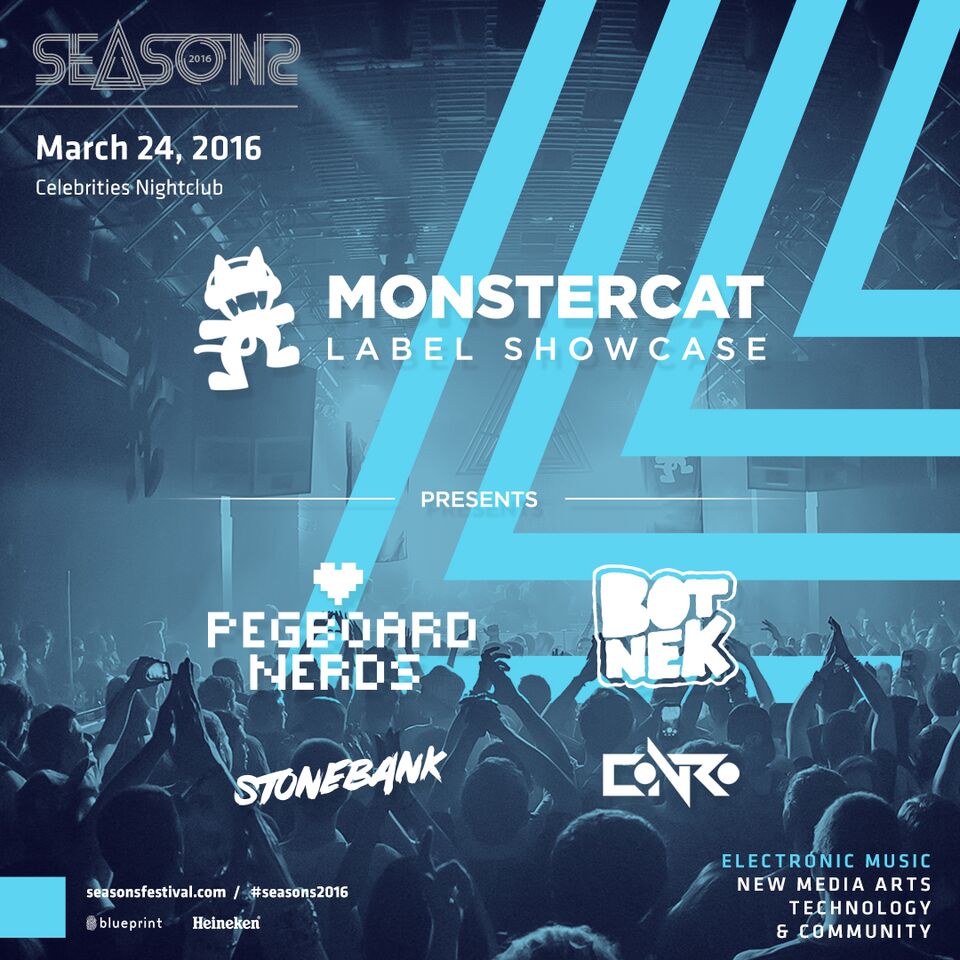