It’s all over for the 2015 edition of the B.C. Lions. They were sent packing, losing 35-9 to the Calgary Stampeders today.

The underdog Lions started off well with two promising drives, one that ended in the first of three successful Richie Leone field goals. However late in the first quarter, Jennings threw a pick-six to defensive back Keon Raymond. Lions receiver Bryan Burnham could have made a better play on the ball, so the blame should not be placed completely on Jennings.

From there on out, it was all Calgary.

A costly turnover by running back Andrew Harris in the second quarter showed the passiveness that B.C.’s offence was playing with. To make matters worse, Jennings was injured on an 11-yard sack by defensive lineman Frank Beltre with just over three minutes to play before halftime, and was forced to sit out the rest of the game with a reported cracked collarbone. 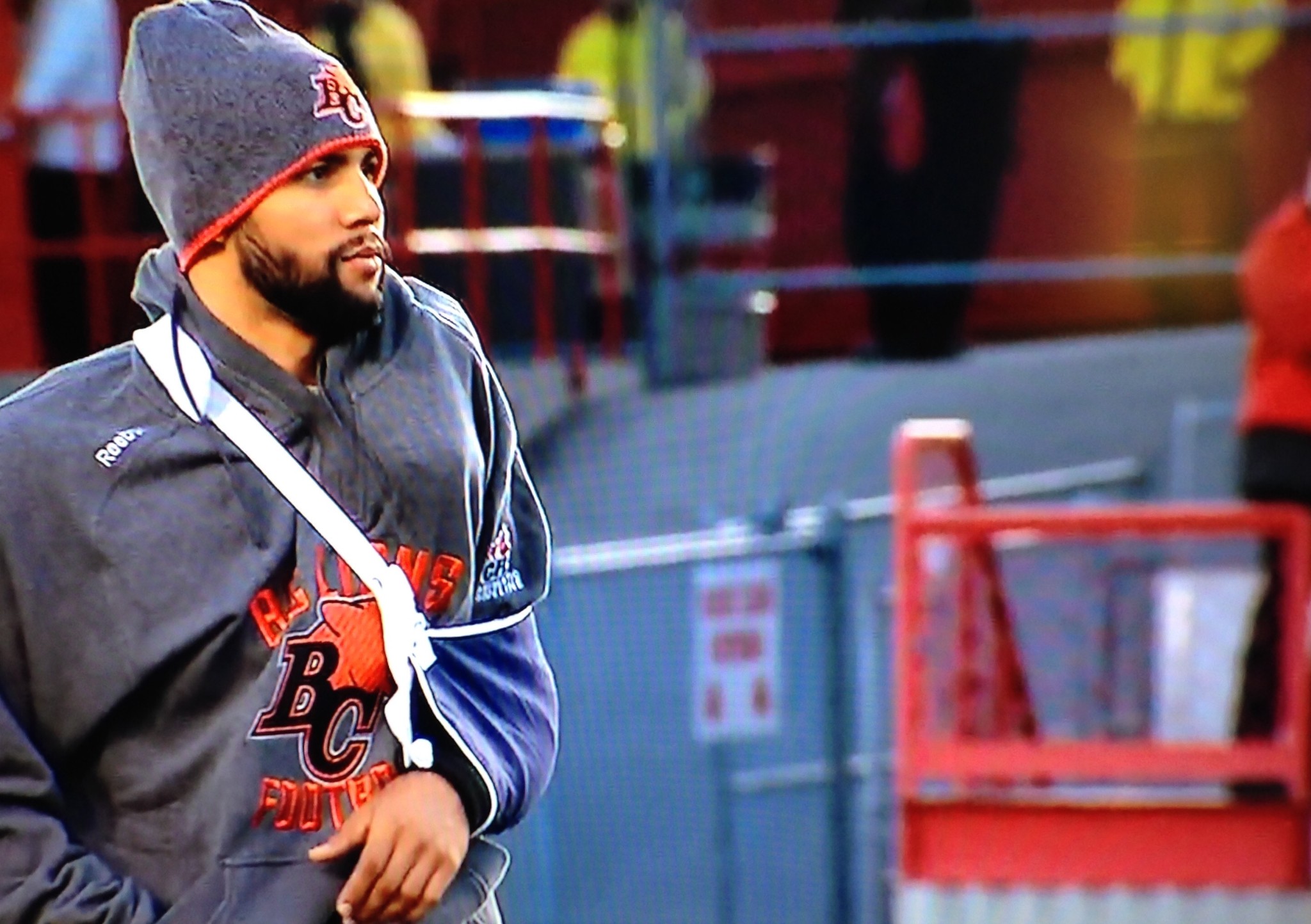 With the Lions’ 23-year-old standout forced to leave his first ever CFL playoff game, B.C. turned to Travis Lulay, who was unable to produce much the rest of the way. Calgary changed their defensive scheme, going from confusing Jennings by dropping defenders and playing zone coverage with a simple four man rush, to mixing in more blitzes that were effective against Lulay.

B.C.’s offensive coordinator George Cortez may be the biggest man to point the blame at however. His play-calling left much to be desired. Deep incomplete passing attempts were ordinary, while Andrew Harris wasn’t used enough to establish the running game. Meanwhile, the Lions’ two best receivers in Emmanuel Arceneaux and Lavelle Hawkins accounted for only only two receptions, for 28 yards each.

Disappointing is an understatement.

While the defending champion Stampeders will travel to Edmonton to face the Eskimos in the West Final, GM Wally Buono and the Lions management will have decisions to make.

Lulay and Harris are set to become free agents, and the team is in the middle of an identity crisis.

Much love and respect to all our fans riding with us this year. Not what any1 wanted. Can't wait for next years season. #bleedorange #savage

For now, it’s a wrap on the 2015 B.C. Lions, a team that was too inconsistent under first-year head coach Jeff Tedford to make the jump to becoming a legitimate contender.